Iran coronavirus cases have risen to almost 2000 by now. The foreign countries are extending help to the regime but a senior Iranian official said the country would not accept any foreign help. Due to the sanctions imposed by US on Iran, the country is finding it difficult to have access to modern medics. 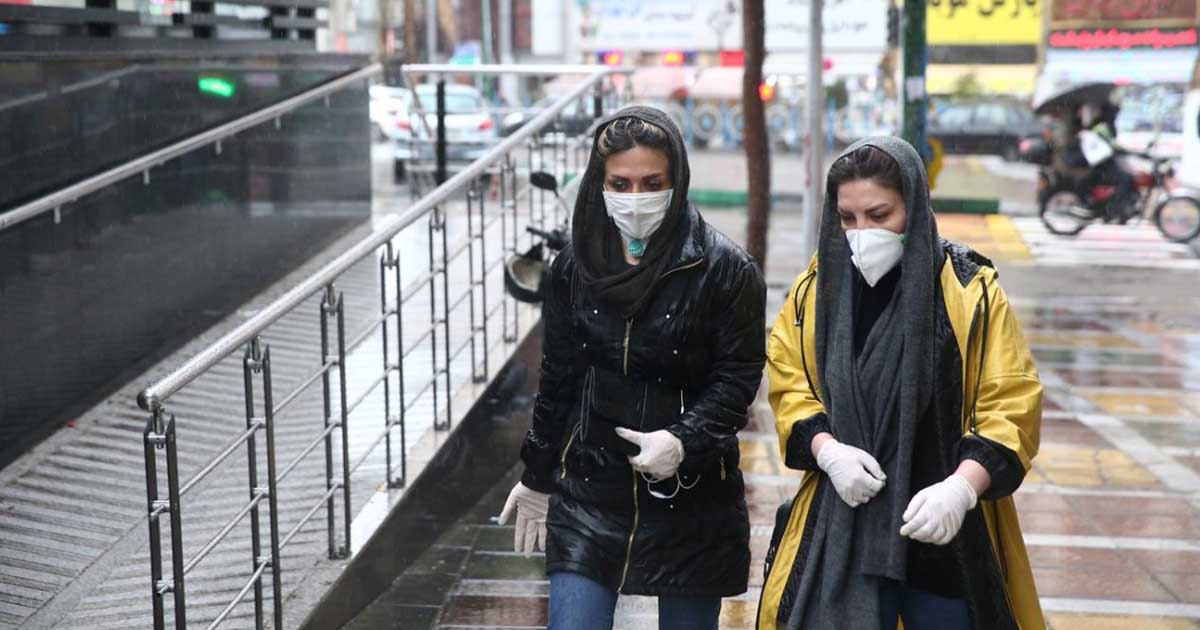 A senior Iranian official Tuesday ruled out help from “foreign forces” to deal with the coronavirus epidemic after an offer from a France-based medical charity, as the country’s death toll from the illness neared 2,000.

“Due to Iran’s national mobilization against the virus and the full use of the medical capacity of the armed forces, it is not necessary for now for hospital beds to be set up by foreign forces, and their presence is ruled out,” Alireza Vahabzadeh, advisor to Iran’s health minister, said on Twitter.

Doctors Without Borders (MSF) had said Sunday that it planned to send a nine-member team and equipment to set up a 50-bed hospital, stirring opposition from ultra-conservative circles in the Islamic republic who charged that MSF staff would serve as “spies”.

Health ministry spokesman Kianoush Jahanpour earlier said a record 1,762 new cases have been confirmed in Iran over the past 24 hours and 24,811 people are now known to have been infected with the new coronavirus.

He announced 122 new deaths from the virus, raising the official toll to 1,934 in one of the world’s worst hit countries.

In a statement, MSF said it had obtained the necessary permissions from the Iranian authorities, and voiced its “incomprehension” at its offer of help being rejected.

The NGO said it was ready “to rapidly redeploy its emergency team and treatment capacity elsewhere in Iran, or to quickly transfer them to other countries in the region, where they are urgently needed”.

Iran has the fourth highest official death toll from the coronavirus after Italy, China and Spain but, unlike those countries, it has yet to impose any lockdown on its citizens.

On the contrary, the country is in the midst of the two-week Persian New Year holiday when the country’s roads fill with people visiting family.

Despite the authorities’ appeals for people to stay home and the closure of shopping and leisure centres, many people have taken to the roads as usual this year.

Jahanpour, however, announced that when government offices reopen on Tuesday, many civil servants will be working from home.

“Only around a third of government staff are authorised to work in the office and only for administrative tasks vital to the public,” he said, adding that all offices would practise “social distancing”.

This murderous regime does not care about the ppl. The coordinated call from Rouhani/Zarif to op-ed pages of @NYTopinion for sanctions relief is in fact 4 the regime's relief.#Iran Rejects Offer Of Help By Doctors Without Borders To Fight #Coronavirus https://t.co/OF3MuyVeNT— Amir R. Bolurchi (@ablrchi) March 24, 2020

The country’s supreme leader Ayatollah Ali Khamenei has urged Iranians to follow state instructions “so that Almighty God will put an end to this calamity for the Iranian people, for all Muslim nations and for all mankind”.

Sanctions should be eased

On Tuesday, the UN rights chief called for any sanctions imposed on countries like Iran facing the new coronavirus pandemic to be “urgently re-evaluated” to avoid pushing strained medical systems into collapse.

Iran has been under crippling US sanctions in connection with its nuclear programme.

“At this crucial time, both for global public health reasons, and to support the rights and lives of millions of people in these countries, sectoral sanctions should be eased or suspended,” Michelle Bachelet said.

Even before the pandemic, she pointed out that human rights reports had repeatedly emphasised the impact of sectorial sanctions on access to essential medicines and medical equipment in Iran, including respirators and protective gear for healthcare workers.

Read more: WHO warns US may overtake Europe as coronavirus epicenter

Bachelet’s office stressed that more than 50 Iranian medics had died since the first COVID-19 case was detected in the country five weeks ago.

Adding to Iran’s woes, floods caused by heavy rainfall since Sunday, mainly in western provinces, have killed at least 12 people and left two others missing, a spokesman for Iran’s rescue services told AFP.

Mojtaba Khaledi said that warnings have been issued of more heavy rains for later this week in western Iran.

‘Mind your own business’: Russia tells the US over media freedom row