West versus East: From America’s “Triumph” to “Trump” 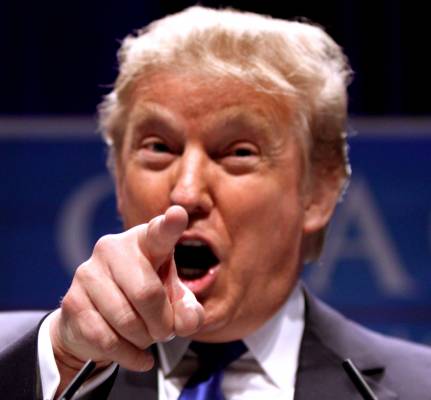 If destiny is a choice, and not a chance, then the American people have played a big gamble by electing President Trump into office. The president’s “West versus East” approach has already made him unpopular not only in the US but also in Europe, Asia and the Islamic World. Trump’s xenophobic outlook is a rude “Volte-Face’ of United State’s global leadership and its deeply held values.

Domestically, President Trump now heads a divided America with a historically low approval rating. His ‘white nationalistic support base’ may ultimately whither under his policy set- backs and frictions with the establishment, media, intelligentsia and civil society. Mr. Trump’s bad- blood with his intelligence apparatus has already driven fears of a turf- war between the White House, Pentagon and the CIA under his watch. Flynn’s disgraceful exit may be the beginning rather than the end of such frictions.

The president’s ‘buy and hire American’ slogan is also likely to backfire for it negates some basic business principles. For instance, cutting production costs and carrying- out value addition without importing raw material often make businesses invest and outsource overseas. Notwithstanding Mr. Trump’s inducements – or coercion, – it is improbable for American companies to relocate back, generating promised jobs, due to US economic dependence on China.

Trump’s xenophobic outlook is an about- face of US leadership and its values, globally.

Internationally, President Trump does not see eye- to- eye with his allies. He has already unnerved his European and Asian partners by approving Brexit, criticising NATO (as “obsolete”) and calling- off Trans- Pacific Partnership agreement.

Trump’s disapproval of UN Resolution 2334, which condemned Israeli settlements, provided us a glimpse of widening trans- Atlantic chasm. Unsurprisingly, Mr. Trump’s criticism of Europe’s refugee policy drew an angry response from German Chancellor Angela Merkel: “We Europeans have our fate in our own hands.”

Furthermore, Mr. Trump’s stance on Afghanistan is obfuscated: Lack of clarity on Qatar talks and the future of Quadrilateral Coordination Group quite naturally brought Russia, China and Pakistan together to demand delisting of Taliban leaders from UN sanctions. Finally, Trump’s views on arms control or any nuclear non- proliferation issue or the future expansion/ reforms of United Nations, for that matter, are still indistinct.

Facing international challenges, President Trump will not only be expected to uphold American values but also take the world along with political sagacity and acumen.

Indeed, the wars in Iraq and Afghanistan brought multi- polarity in the world, with old and new power- centres dictating the new world- order. Mr. Trump’s policy of non- interference in the affairs of other countries probably comes from the reckoning of the two failed wars. However, despite Washington’s loss of its overseas leverage, it was time for a collective global effort to resolve international problems, such

However, despite Washington’s loss of its overseas leverage, it was time for a collective global effort to resolve international problems, such as an inflamed Middle East, anarchic Maghreb, volatile North Africa and chaotic Afghanistan; not to mention the genocide of (Rohingya) Muslims in Myanmar and Kashmir.

A re-assertive Russia and a defiant China are already challenging American geopolitical hegemony. From Ukraine/ Georgia to Syria, Libya, Yemen, Afghanistan, Pakistan, Philippines and the South China Sea, US power seems to be in retreat. Offering itself as an “anchor of stability and growth” in an uncertain world, China is unstoppable with its inroads into South and Central Asia through China’s ‘One Belt One Road’ initiative; the ever- expanding Shanghai Cooperation Organization; its naval agreements with a number of Indian Ocean states – creating a so- called ‘String of Pearls;’ – and its extensive trade deals with Iran and African countries.

Despite Indo- US agreements (defence, logistics and nuclear) to buttress a ‘non- aligned proponent’ as a counterbalance against China, New Delhi doesn’t possess the wherewithal to challenge Beijing’s ascendency in the region. India’s keenness in safeguarding US interests in the Indo- Pacific – by assuming a role of a naval watchdog in the South China Sea; integrating into (Japanese Prime Minister Shinzo Abe’s) ‘Security Diamond;’ and nuclearizing Indian Ocean through its blue- water navy – may, however, make it a party to international conflicts. Meanwhile, shunned by the US, India’s archrival Pakistan has begun ‘Chinanizing’ itself through a US$46 billion China- Pakistan Economic Corridor, which links Kashgar with Gwadar deep- sea- port in the Arabian Sea.

By declaring a blanket- war against “radical Islamic terrorism” President Trump has not made this world safe. While the savagery of Daesh and al-Qaeda’s many offshoots is loathsome, a distinction needs to be made between a terrorist and a freedom fighter, and a political Islamist with an ideological extremist. Even political Islam is fragmented into: 1) Islamic fundamentalism; 2) Islamism; 3) Islamic neo- fundamentalism; 4) Islamic socialism; and 5) Liberal Islam.

Read more: Trump finally realizing: uneasy is the head that wears the crown

However, by indiscriminately linking Islamic faith with extremism, Mr. Trump has not only granted the terrorists a rallying cause for recruitment but also antagonized 1.5 billion peace- loving Muslims around the world, who may begin to see in Mr. Trump a 21st Century ‘Crusader’ – validating Samuel Huntington’s ‘clash of civilizations’ theory. Notably, the West itself is blameworthy for Islamic extremism due to many of its flawed policies of the past. The ‘neocons’ had further inflamed Muslim sentiments by allegedly ‘fabricating’ the threat of radical Islam after the end of Cold War.

Indeed, the wars in Iraq and Afghanistan brought multi- polarity in the world, with old and new power- centres dictating the new world- order.

The Islamic World is already in tatters due to many of its internal feuds. US patronized autocratic monarchies are still busy brutally stifling the remnants of 2011’s Arab Spring. Amid the nonsensical airstrikes in Yemen, bloodshed in Iraq, anarchy in Libya and civil- war in Syria, not only Daesh and al- Qaeda groups are spreading their tentacles but Shia- Sunni/ Wahabi sectarianism is also stirring- up. Intra- Arab rivalries and a divergent outlook on Palestine, the Muslim Brotherhood and Hamas have further led a theocratic Iran extend its Shiite influence throughout the region. Despite signing the nuclear deal with P5+1, Iran cleverly evaded forgoing its access to nuclear technology – to build a bomb, another day.

Facing international challenges, President Trump will not only be expected to uphold American values but also take the world along with political sagacity and acumen. Trump administration’s inexperience in governance may bring fresh thought into policy and introduce novel approach in statecraft and international relations; however, it will have a choice to make: continue to integrate the United States into the world; or turn America into an isolationist subcontinent.

Read more: Trump needs to be applauded for taking on the status quo!

The beginning of the journey is, however, not promising. Foreign Policy’s Senior Fellow Daniel Byman dismally sums- up: “Trump’s foreign policy fly in the face of many traditional US policy approaches and preferences … We should expect international realities and bureaucratic obstacles to obstruct, or at least water down, some initiatives, while those that get through might not just fail but may leave the United States worse off for pursuing them.”

God bless America – and so the world.

Adnan Qaiser, a political and defence analyst with a distinguished career in the armed forces and international diplomacy, examines challenges to President Donald Trump’s international policy. The views expressed in this article are the author’s own and do not necessarily reflect Global Village Space’s editorial policy.