What are the cornerstones of Pakistan’s maritime security strategy? 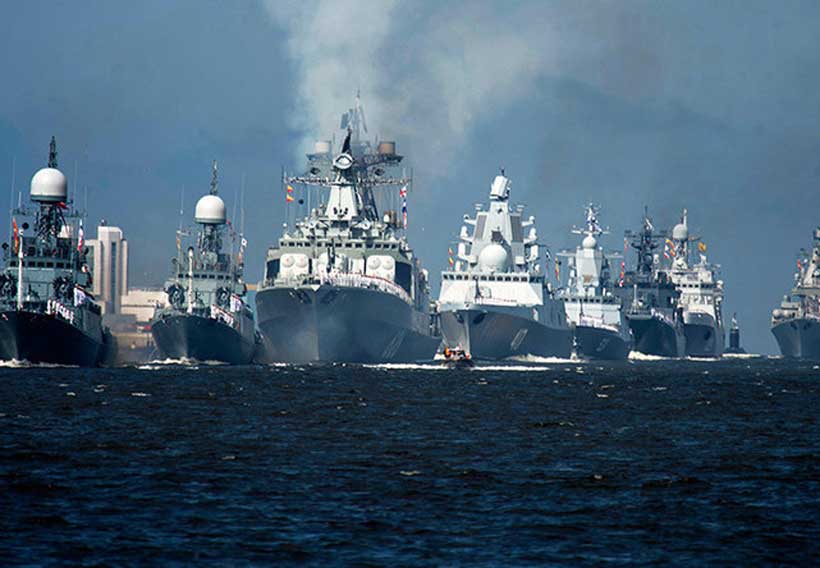 Preservation and maintenance of stable maritime order, in the Indian Ocean particularly in the Arabian Sea, is one of the cornerstones of Pakistan’s maritime security strategy. This means that our adversaries, both conventional and unconventional, remain deterred from harming our maritime interests; and assure our friendly countries that we would be reliable partners for keeping the sea conducive for maritime economic activities.

Realization of this end necessitates well-equipped, well-trained and well-adaptive maritime force. Adaptation to a fluid security milieu requires a military force to be responsive, dependable and highly resilient. Achieving these markers of combat potential can only be done through simulations, exercises and war games. Besides numerous paper and computer-based military simulations, Pakistan Navy conducts the Ex Seaspark every two years.

The Indian Ocean particularly in the Arabian Sea, is one of the cornerstones of Pakistan’s maritime security strategy.

Principal objective of the exercise is to evaluate the Navy’s readiness for war across the spectrum of conflict against both conventional and unconventional adversaries. It is also meant to validate operational concepts and test emergent changes in the Navy’s tactical doctrine. Pakistan Navy, being a potent and combat ready multi-dimensional force, assesses, refines and demonstrates its war preparedness through the conduct of maritime exercises in North Arabian Sea and along Pakistan Coast from Jiwani to Sir Creek.

Read more: Pakistan gets cozy to China and Russia as US play blames…

The ongoing Seaspark is a manifestation of Pakistan Navy as the force of choice for Pakistan to protect its maritime interests. The exercise involves the participation of PN ships, submarines and aircraft along with Special Forces and Marines. Additionally, Pakistan Maritime Security Agency, Pakistan Air Force and Pak Army Air Defence elements are also participating as joint forces to achieve the chief purpose of safeguarding the country’s maritime interests.

The exercise also affords valuable opportunity to sharpen the fighting skills of Pakistan Navy’s combat units to meet the estimated maritime security threats. The proceedings of exercise spanning over two months include deployment of forces, simulating hostilities and followed by threadbare analysis of the procedures, concepts and tactics validated during the exercise. This Seaspark saw Chief of the Naval Staff Admiral Z M Abbasi undertake whirlwind tours of our Coastal and Creek areas to see the firsthand level of readiness of Pakistan Navy.

Adaptation to a fluid security milieu requires a military force to be responsive, dependable and highly resilient.

These visits covered areas from Gwadar, Turbat, Ormara along the coast of Makran in Baluchistan to Sir Creek in Sindh. At these places, the Naval Chief received operational briefings by on-scene commanders. The Naval Chief was unequivocal in expressing his resolve to ensure the protection of Gwadar deep-sea port against all kinds of conventional and unconventional threats.

He reiterated that providing a safe and secure environment both, on land and at sea, is essential for the smooth functioning of Gwadar port as well as to accrue desired socio-economic advantages of CPEC. While at sea during the exercise, Chief of the Naval Staff witnessed the operational view of the fleet units engaged in Seaspark. Pakistan Navy has come of age from merely being a coastal navy to a Navy with an ability to radiate its influence region-wide with a global outlook.

It has emerged as a reckonable force with wide international recognition. Pakistan Navy, today, is regarded as a dependable military service for security and stability in the Indian Ocean. Pakistan Navy is braced up to thwart misadventure or overambitious designs of nefarious elements in the region. The exercise Seaspark would provide impetus to Pakistan’s resolve of maintaining peace, security and stability in the region.

Cdr Nazir is a defence and security analyst having expertise in maritime affairs. The views expressed in this article are author’s own and do not necessarily reflect the editorial policy of Global Village Space.

Pakistan to launch most advanced warships on Independence Day