What are the reasons behind growing trend of anti-CPEC coverage in Pakistan? 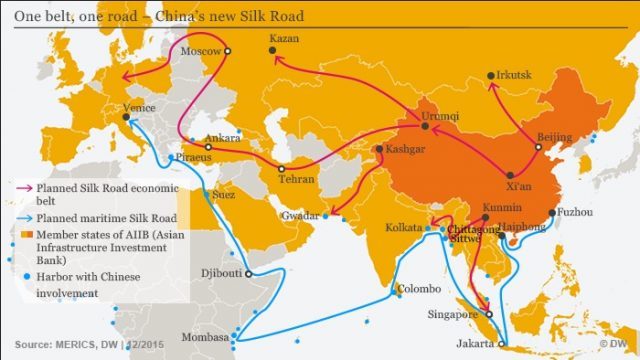 CPEC is the flagship project proposed by China in the main project of her gigantic strategic project of OBOR (One Belt One Road). CPEC will benefit both countries on multiple grounds. It promises peace, prosperity and development not only for Pakistan and China alone but for the region as a whole. Being labeled as a harbinger of prosperity and a fate changer for the region, it has become an eminent part of the foreign as well as domestic policy of both Pakistan and China. It predicts a win-win solution for both states.

CPEC has been in the media limelight ever since its announcement. However, it has been observed that most media channels are involved in an anti-CPEC propaganda campaign calling it a neo-imperialist design and another East India, creating an anti-CPEC narrative in the minds of the Pakistani populace.  This trend foretells the influence of hostile regional as well as international players over the Pakistani media.

This media based anti-CPEC war has become an irritant in the eyes of the Chinese government. The top brass of China is apprehensive about this propaganda setting and has raised its explicit concerns regarding this issue. The media falsely highlighted the issue of cancellation of funds for three highway projects, which has doubted the credibility of CPEC and China to some extent. This has led to the creation of misunderstanding between the Chinese and Pakistani government. China holds the view that there isn’t any report against CPEC in the Chinese media.

It has been observed that Pakistani media is using the constructivist approach against CPEC to halt the progress of this region friendly mega-project. There seems to be a growing trend of negative CPEC coverage by the Pakistani media. Not all but majority of the media outlets highlight the self-created negative aspects of this project instead of the positive ones. Additionally, the media has added insult to the injury by negatively propagating the aspect of a possible Chinese cultural invasion. It has been noted that the media has also tried to subvert the people of Gilgit-Baltistan by raising the point that the route of CPEC passes through the disputed territory.

Pakistani media is under the strong influence of hostile and rival powers.

Why is Media Involved in Nurturing an anti-CPEC Narrative?

Here arises the question that why is media involved in this propaganda setting? Why is media nurturing and promoting this anti-CPEC narrative across the nation? Who is the direct beneficiary of the promulgation of this contra-CPEC agenda?

Pakistani Media: Under a Strong Influence of Hostile and Rival Powers

After analyzing the global and regional geo-political and geo-strategic dynamics it becomes quite evident that Pakistani media is under the strong influence of hostile and rival powers. As their national interests are antagonistic to CPEC so these global and regional hegemonic powers are the direct beneficiaries of the anti-CPEC narrative. Few of the international players -explicitly the US, India and UAE- have voiced their concerns regarding this multi-billion dollar flagship project.

CPEC has the potential of challenging the global hegemony of the US by strengthening China. It provides China the shortest route to the Middle Eastern and African countries which extends her global influence. Furthermore, by converting Pakistan into a regional trade hub CPEC also raises Indian concerns.  CPEC serves to be the multipronged approach for welcoming development, peace and prosperity in Pakistan.

Beside this, promoting positive aspects of CPEC on social, electronic and print media is the need of hour. In addition to this, CPEC awareness campaigns and conferences should be organized at universities and other institutions.

It helps in the development of the marginalized province of Baluchistan, which has become a fertile ground for Indian, US, UAE, Iranian and Afghan proxies. Once Baluchistan would develop, Pakistan would be able to divert her whole attention towards Kashmir only, which haunts the Indian policy makers. Moreover, it would make Pakistan self-sufficient by providing her the huge energy, telecommunication, road and railway infrastructure that would further help Pakistan to pursue an independent foreign policy.

China has also aimed to strengthen and modernize the Pakistan Navy, which poses a direct challenge to Indian and US hegemony in the Indian Ocean. Last but not the least, Gwadar being the deepest sea port will undermine the importance of Chabahar Port of Iran, Mumbai Port of India, Salalah Port of Oman, Jebel Ali Port of Dubai etc.

If Pakistan wants to realize her longing dream of national growth and development then she has to fight this media waged war against CPEC prudently.

All these aforementioned points show the potential of CPEC as a real fate changer for Pakistan. It further unveils the hidden aspirations of the hostile states to halt the development of this project with the help of the phenomenon of constructivism by using media as an agent of propaganda setting. It becomes quite evident that they want this project to go down in flames.

Conclusively, China’s grievances regarding the antagonistic role of the Pakistani media hold water. So it is incumbent on Pakistan to satisfy her Chinese counter parts. It has become Pakistan’s utmost responsibility to address China’s apprehensions amicably by producing the counter narrative against the media propagated anti-CPEC campaigns. There should be a proper and a detailed briefing regarding the potential of CPEC.

Beside this, promoting positive aspects of CPEC on social, electronic and print media is the need of hour. In addition to this, CPEC awareness campaigns and conferences should be organized at universities and other institutions. If Pakistan wants to realize her longing dream of national growth and development then she has to fight this media waged war against CPEC prudently.

Miss Merwah Hamid Qureshi holds an M. Phil Degree in Biochemistry from QAU, Islamabad and also a visiting lecturer for International Relations at National Officers Academy (NOA), Rawalpindi. She is a freelance content writer for online portals like Amazon.

CPEC to usher era of progress and prosperity: President Mamnoon

Melania Trump enjoying ‘every bit’ of her China trip