What can Pakistan learn from Russian reforms? 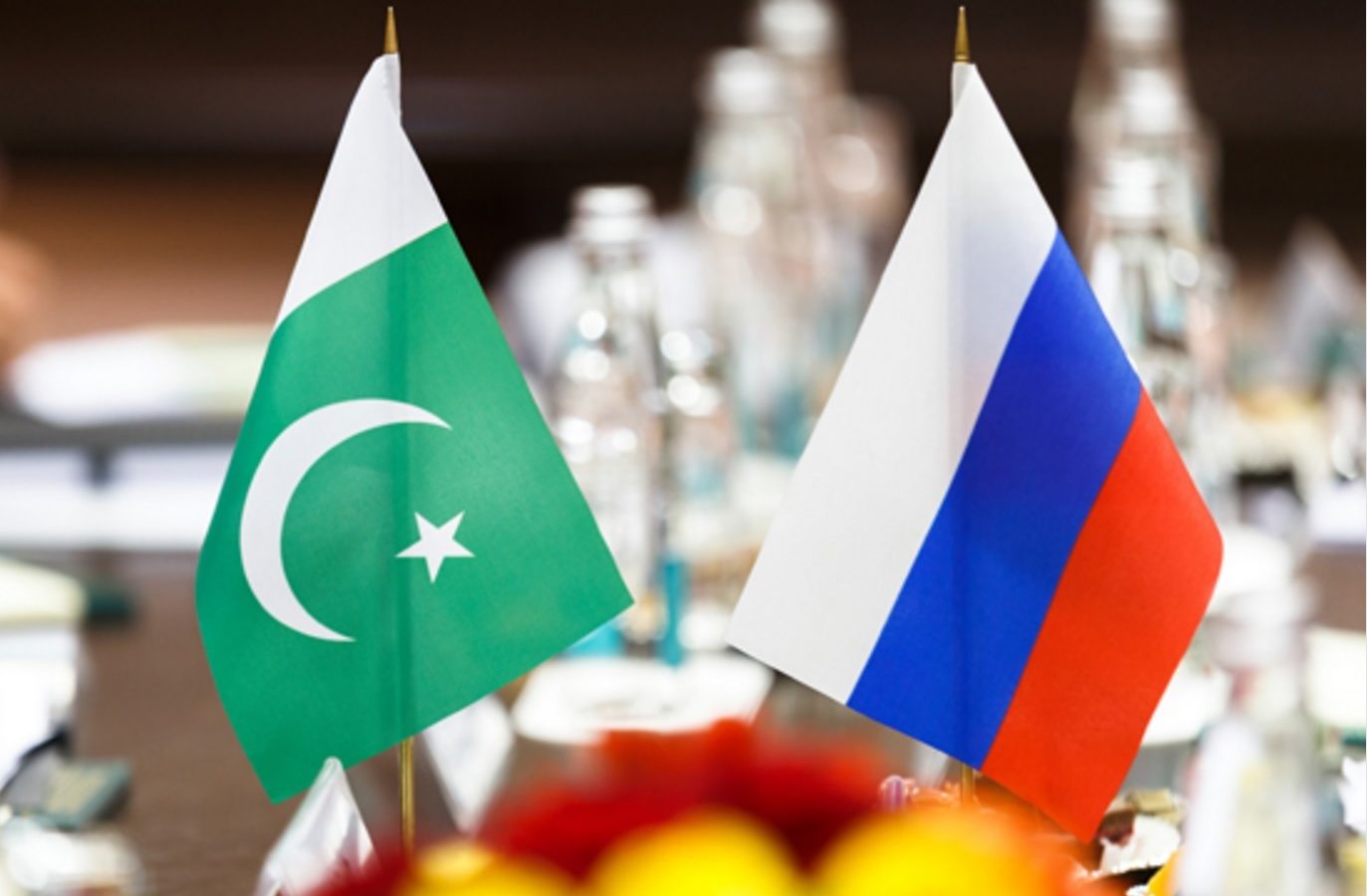 And it is modern day Russia that I would like to touch upon in this piece not just purely in the context of its political history, but mainly its economic history under its current ‘strongman’, Vladimir Putin. The Russian economic reforms of the late 90s/early 2000s under Putin are arguably one of the most successful policy measures undertaken by any country in the last 30 years. Pakistan, given its current impasse, can find a lot of relevance to learn and benefit by capturing the very spirit, belief and steadfastness that Putin displayed in ringing some remarkably bold economic policy initiatives aimed at stimulating the Russian economy, entrenching in it the free market principles and consigning the last vestiges of communism to the dustbin.

This phenomenal story of successes achieved through timely reforms continued till 2008, when not just Russia, but the entire world slipped into an economic crisis in 2008.

At the end of 1999, Putin put Gref, a 35-year-old lawyer turned-businessman, in charge of a new Centre for Strategic Research (CSR), which became the engine room of the Russian reforms. Gref’s Centre was a kind of brains’ trust. The idea was to involve as many stakeholders and economists as possible, so that nobody could say that the ideas came from nowhere. Over the next six months, the team held scores of briefings and brainstorming sessions, gradually sifting through all the proposals and pulling together a plan. Putin would attend as often as he could, mainly listening and asking questions primarily on how the reforms would impact upon social welfare. Quite cleverly, he also had his own economic guru, Andrei Illarionov, whom he involved from his end as a counterbalance to the Gref team.

Even the selection of Illarionov by Putin was both, very interesting and rather astute. Gref had earlier invited Illarionov, the director of the Institute of Economic Analysis, to join the CSR, but he refused citing it to be ‘too Keynesian’ for his liking. He till today remains somewhat of an oddball, a maverick who likes to challenge conventional wisdom and therefore ideally suited Putin’s requirement of someone to play the devil’s advocate. By May 2000, the Centre’s reform plan was ready. The idea was that if the private sector could somehow be set free, growth would follow.

However, when presented to the (acting) President, he was not convinced and asked for in-depth work and crisp numbers’ presentation for him to clearly and tangibly ascertain the material benefits of what they were proposing. After 3 repeated presentations the ‘Gref Plan’ was finally approved by Putin, fully realizing that implementing it would take some resolve and ability to stand one’s ground even in adverse moments! Gref Plan transformed many aspects of the Russian economic life. Personal income tax was reduced from as much as 30 percent to a flat rate of 13 percent.

Corporate tax went down from 35 to 24 percent. A new land code made it possible to buy and sell commercial and residential land – for the first time since the communist revolution of 1917. There was a new legal code, measures to curb money laundering, anti-trust laws were introduced, and a serious attempt at breaking up some of the great state monopolies: electricity production was split off from the supply network, for example. The only exception being Gazprom,– where Putin was of the firm view that by inculcating a competent management to combine professionalism with the state’s might and resources– the benefits far outweighed the one-time revenues from its sale.

The Russian economic reforms of the late 90s/early 2000s under Putin are arguably one of the most successful policy measures undertaken by any country in the last 30 years.

The income tax reforms were necessary because millions of Russians, whose wages were miserly, simply avoided paying, as the personal income tax rates were crippling. The same was true for company taxation: some 80 percent of businesses were avoiding paying taxes. Gref’s proposal of a single, low income tax rate for everyone, and a much-reduced company tax, on the face of it sounded preposterous and was a hard sell to Putin. His question: “Are you sure that our total tax revenue isn’t going to decrease if we lower taxes? Gref replied, “Yes.” He then asked: “What if you are wrong?” Graf answered: “Then I will resign.” This wasn’t good enough for Putin, as he then said: “I am sorry, but I am not going to approve your plan on that basis! You obviously haven’t thought it through.

What makes you think your resignation is somehow going to make up for all the money we are going to lose from the budget? Politically, the one does not compensate for the other.” So Gref and his team had to go back several times to re-do their sums and only when Putin was absolutely convinced of their accuracy, he agreed. Still, this was not the end of it. Russia, after its default of August 1998, was still closely working with the IMF (International Monetary Fund) and was looking at it for a financial bail out package – sounds familiar? The IMF refused to approve the Gref Plan, and this is where the true mettle of Putin was tested.

After some very tough meetings with the IMF, as he had made up his mind and believed in himself and his team, the IMF was told, “Thank you very much for your advice, but we are still going ahead with our plan to lower taxes.” The IMF subsequently left the country but history proved the reforms as the key, correct decision, which allowed the Russian economic growth to take off. The initial effect of the reforms’ package was impressive. Russians did start to pay their taxes. Inflation fell from 20 percent in 2009 to under 9 percent in 2006. The economy grew consistently at around 6-7 percent per annum during this period.

Corporate tax went down from 35 to 24 percent. A new land code made it possible to buy and sell commercial and residential land – for the first time since the communist revolution of 1917.

Luck favors the brave – with the help of rising world prices for oil and gas (Russia’s principal exports) the government did not just balance its books, but in fact went into surplus. It began paying off its huge foreign debt, which in 1998 amounted to 130 percent of GDP, reducing it to just 18 percent of GDP by 2006. By August 2006 Russia had also paid back its entire Soviet-era debt of almost $40 billion to the Paris Club of foreign government creditors – saving $7.7 billion in servicing costs.

As the revenues poured into the Russian government faced a classic dilemma. There was those, including Gref (the economic minister by now), who wanted to spend surpluses on infrastructure: roads, railways, and a grand plus expanded education and the healthcare system sponsored by the state, and then there were others (like Kudrin, the finance minister) who instead wanted to create a Stabilization fund for rainy days.

Despite Gref riding a high horse at the time, Putin once again showed maturity, prudence and far-sightedness by siding with the camp advocating to instead save in order to build reserves (a Stabilization Fund) for times in future where the going may not be so good. Again, by 2006, the amount in the Stabilization kitty had crossed $20 billion even after paying off ($3.3 billion) what Russia owed to the IMF. This phenomenal story of successes achieved through timely reforms continued till 2008, when not just Russia, but the entire world slipped into an economic crisis in 2008.

Dr. Kamal Monnoo is a political analyst, he can be reached at kamal.monnoo@gmail.com. The views expressed in this article are author’s own and do not necessarily reflect the editorial policy of Global Village Space.

We need to talk about suicide in the military