Imran Khan called himself an ambassador for Kashmiri people and vowed to fight for Kashmir at every front. The story goes way back when Khan was yet not elected and vehemently fought for rights for Kashmiris and became a beacon of hope for Kashmiris 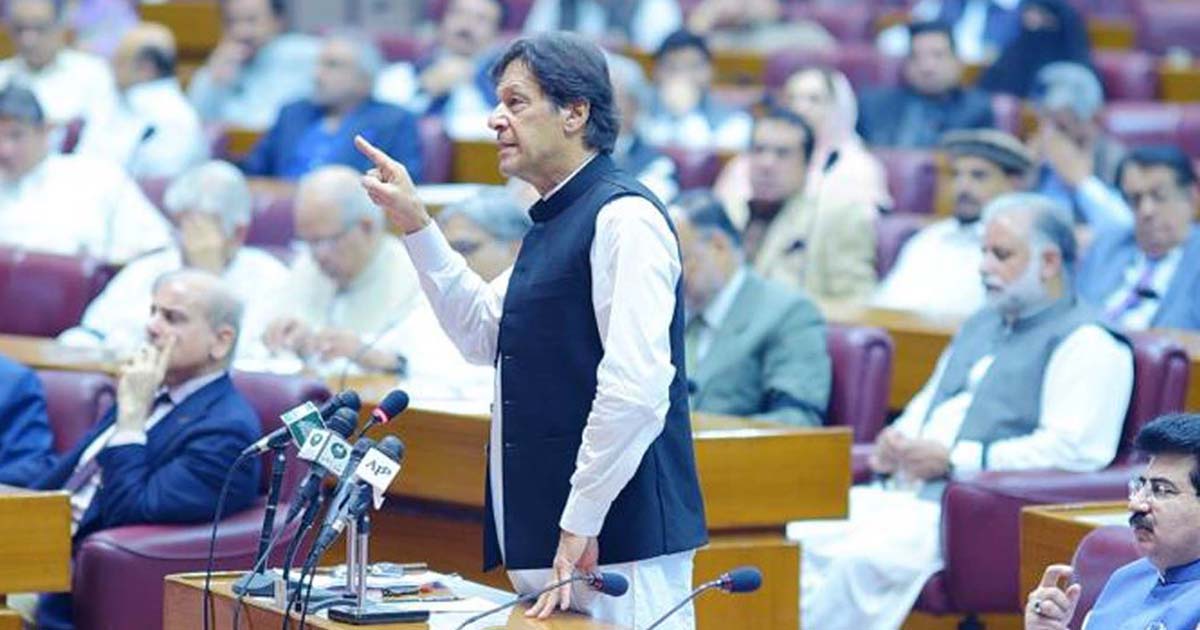 Ghulam Nabi Ganai, a 67-year-old retired executive engineer, is elated about Imran Khan’s victory. As I enter his home in Frisal, a village in Kulgam district, eight kilometers away from my ancestral home in Bijbehara, he greets me with a wide smile and a warm hug.

In the post-Burhan Wani situation, Kashmiris are deeply conscious about their sacrifices and position as the principal party to the dispute.

“Khan has done it,” he says before I settle down. “What’s in it for us Kashmiris?” I retort with a pointed question. Without responding to my question, Ganai continues with his excitement: “His election is a very positive development for Pakistan. It should hopefully contain the unprecedented levels of corruption and bring some hope for the people who have been waiting for so long to introduce some order in their country”.

The Indian Occupation Forces have even denied them their right to observe their religious practices, including Eid ul Azha.
As the world shows solidarity for victims of violence based on religion & belief, it must also move to prevent an impending genocide of Kashmiris in IOK.— Imran Khan (@ImranKhanPTI) August 22, 2019

“What will Kashmiris gain from this?” I repeat my question. “If Imran Khan can bring some positive order to Pakistan, it would be great for the whole region,” he declares with confidence. “Kashmiris will also benefit from Khan’s victory.”

Read more: India continues to be threatened by the legacy of Burhan Wani

Earlier, when I had left home to visit Ganai, my mother, a retired government officer who is now in her mid-70s, was also optimistic that Pakistan will finally gain “clean governance”, which has eluded the country for such a long time. Mum, who hatraveleded to Pakistan on several occasions and lived with me in Islamabad and Lahore for several months, has always registered her disappointment at the dystopian state of Pakistan and its lack of promise for its people.

Interestingly, while the Indian media hasn’t shied away from its displeasure over Imran Khan’s victory, Kashmiris have received it quite positively as it is believed that this could be the country’s chance to chart a new trajectory for itself. Engineer Rashid, head of the Awami Ittihad Party and one of the legislators in the pro-India Jammu and Kashmir Legislative Assembly, is dismissive of the Indian media’s response.

“It hardly matters what the Indian media [says] about him [and what is it is doing by] maligning the image of Pakistan Army and the credibility of elections in Pakistan,” he says. “Imran Khan is becoming the prime minister”.

One of my friends, a medical doctor who is pursuing his postgraduate degree in Lahore and is currently back in Kashmir, gave me a detailed breakdown of the trend after the election ended, reinforcing his own biases in favour of the PTI by insisting that the party was winning.

He suggests that: “Imran Khan must talk…to all stakeholders…with concrete and workable ideas and should try to develop a large consensus in Pakistan vis-a-vis Kashmir and on the talks with New Delhi”.

As the results started trickling in, a senior government bureaucrat spoke to me for over an hour to talk about the incoming results, and how they could impact Pakistan and its image as a haven of corruption. He was of the view that only Imran Khan could ensure the alleviation of the poor and the dispossessed for “he seems to be the only Pakistani politician who actually lives in Pakistan and understands its ills”.

I welcome the UNSC meeting to discuss the serious situation in Occupied Jammu & Kashmir. It is for the first time in over 50 yrs that the world’s highest diplomatic forum has taken up this issue. There are 11 UNSC resolutions reiterating the Kashmiris right to self determination.— Imran Khan (@ImranKhanPTI) August 17, 2019

This support and excitement aren’t necessarily permanent. When the former Prime Minister, Mian Nawaz Sharif, spoke about Kashmir in the post-Burhan Wani scenario in mid-2016, his popularity skyrocketed. At the time, special prayers for Sharif were held across Kashmir and he was praised for his Kashmiri roots. However, as the news about his financial scandals broke along with the claims about his business interests with India, his popularity nose-dived.

Besides, what is being described as the ‘Khan’s wave’ across Pakistan also took over Kashmir. S Tariq, a popular political cartoonist, described the mood in Kashmir to be in favor of Imran Khan because he had always been seen as a soulful Pakistani politician and sportsperson. Beyond the instant optimism of Khan’s victory, there are serious questions as to how he approaches the stalled India-Pakistan relations and rekindles some hope on Kashmir.

While Nawaz Sharif had kept his Foreign Office in a situation that was akin to suspended animation, relations with India looked more informed by his personal equation with Prime Minister Modi. Khan must show a willingness to go beyond rhetoric or personal engagement.

Khurshid Wani, one of the leading Kashmiri journalists and political commentators, believes that the onus will be on the new Pakistani prime minister to think inventively to engage with India and produce a sustained engagement in the form of a dialogue that could create an amicable ambience for positive future relations.

“Imran Khan is known for his on-field dynamism and out-of-the-box interventions which [the] Kashmir issue needs badly,” he added. Ghulam Nabi Sumji, who heads the Muslim Conference and is a top leader of the Hurriyat Conference led by Syed Ali Geelani, says that his party has many expectations from Imran’s forthcoming government. He firmly believes that it will “work for the resolution of the Kashmir problem and fulfil his country’s commitments”.

Engineer Rashid, head of the Awami Ittihad Party and one of the legislators in the pro-India Jammu and Kashmir Legislative Assembly, is dismissive of the Indian media’s response.

Mirwaiz Umer Farooq also views the election results in an optimistic sense. He is hopeful that Imran Khan will prioritize efforts to find a solution for the Kashmir issue as peace and prosperity in the region depends upon its resolution. He equally emphasized Pakistan’s active engagement on Kashmir – both with India and internationally – and called upon the new government to re-energise and activate its Kashmir Committee to gain some meaningful support.

However, he insisted that Kashmiris are the principal party to the dispute and this position must be acknowledged and accepted in order to achieve a solution that is acceptable to them – a development that Pakistan cannot ignore. In the post-Burhan Wani situation, Kashmiris are deeply conscious about their sacrifices and position as the principal party to the dispute.

Engineer Rashid offers cautious advice to Imran Khan: “It is high time that Imran Khan, who as an [international] cricket star, knows how significant [it is] to have a change in strategy to win battles, [and] to revisit and introspect the Kashmir policy”.

Will world silently witness another Srebrenica-type massacre & ethnic cleansing of Muslims in IOK? I want to warn international community if it allows this to happen, it will have severe repercussions & reactions in the Muslim world setting off radicalisation & cycles of violence

He dismisses the Indian media’s speculations that cast the Pakistan Army as the real actor that downplays the significance of an elected government in Pakistan. He suggests that: “Imran Khan must talk…to all stakeholders…with concrete and workable ideas and should try to develop a large consensus in Pakistan vis-a-vis Kashmir and on the talks with New Delhi”.

Professor Abdul Ghani Bhat, another Hurriyat leader, shares similar views and wants the new government to guide their policy through realism and ingenuity to address relations between Pakistan and India, and the Kashmir issue.

Murtaza Shibli is a Srignar based British author of the book, 7/7: Muslim Perspectives, a collection of reactions by the UK Muslims on the London Bombings of 2005 that killed dozens of Londoners. He writes on political and military issues. He tweets: murtaza_shibli. The views expressed in this article are author’s own and do not necessarily reflect the editorial policy of Global Village Space.