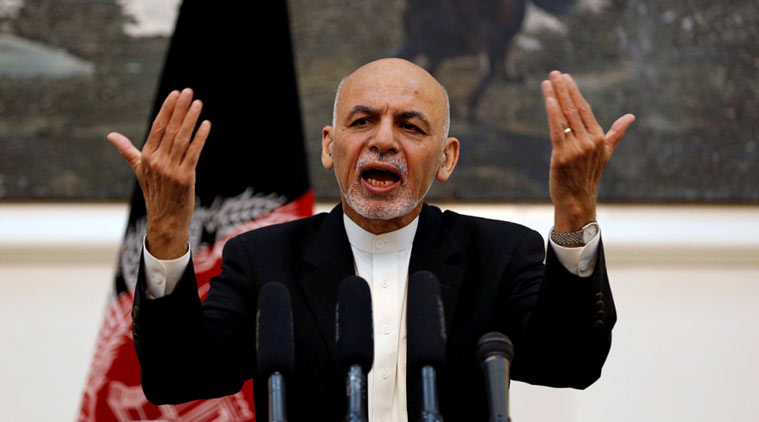 On December 27, 2016, officials from Russia, China and Pakistan met in Moscow for the third Trilateral Dialogue on Afghanistan, where all three states deliberated on the deteriorating state of affairs in the country, the stalled Afghan peace process and the growing threat of the Islamic State (IS) in the region.

In a joint statement, representatives from all three countries reaffirmed their support for an inclusive Afghan-led and Afghan-owned reconciliation process, underlined the importance of intensifying efforts in this regard, and the importance of adopting flexible measures to remove the names of certain Taliban members from the sanctions lists in order to encourage peace talks. The inclusion of the Afghan government in future talks was also affirmed.

Read more: Afghanistan: Reinforcing Failure in a Lost Cause

The formation of the Russia-China-Pakistan Trilateral Dialogue is a welcoming development and a good initiative, however it has been questioned and looked upon with suspicion by Afghanistan, India and the US, with particular reference to Russia’s growing interest and involvement in the peace process.

The Afghan government expressed concern and displeasure over the meeting and questioned why Afghanistan was not involved in the discussion and that it was the state’s prerogative to decide who should be on the sanctions list.

In December 2016, President Ghani had asked the United Nations Security Council (UNSC) to impose sanctions against the incumbent Taliban chief, HaibatullahA khundzada. Apart from the government, Afghan parliamentarians also lashed out at all three states for excluding Afghanistan and felt that it was a “direct interference in Afghan internal issues.”

The formation of the Russia-China-Pakistan Trilateral Dialogue is a welcoming development and a good initiative, however it has been questioned and looked upon with suspicion by Afghanistan, India and the US, with particular reference to Russia’s growing interest and involvement in the peace process.

The Taliban, who previously considered Russia an enemy, have welcomed the trilateral initiative, expressing that “it is joyous to see that regional countries have also understood that the Taliban are a political and military force and that the proposal forwarded in the Moscow tripartite of delisting members of the group is a positive step in bringing peace and security to Afghanistan.”

Similarly, the recent unexpected contact between Russia and the Taliban over their common enemy, the IS, has brought a new dimension to the Afghan issue. ZamirKabulov, Russia’s special envoy to Afghanistan, had recently expressed that the “Taliban interests objectively coincide with ours.”

While Russia’s outreach towards the Taliban appears to be political, the apparent deepening of ties between the two former adversaries has been an issue of concern for Afghanistan and the US who are concerned that “Russian support may lead to or include weapons or funding”.

The United Sates expressed concern over the meeting, as well as over being excluded, but at the same time “welcomed any talks to discuss the same secure, safe, prosperous Afghanistan that we all want to see.”

Russia’s role and the Trilateral Dialogue on Afghanistan

The Trilateral Dialogue between Russia, China and Pakistan is not the first of its kind – similar initiatives have been at play to seek a political solution to the conflict in Afghanistan. Neither is this meeting the first that all three states have had on Afghanistan.

the recent unexpected contact between Russia and the Taliban over their common enemy, the IS, has brought a new dimension to the Afghan issue.

Prior to the meeting in Moscow, two other meetings on Afghanistan had taken place; the first was held in Beijing in April, 2013 followed by the second round of Russia-China-Pakistan Trilateral Dialogue on November 20, 2013 in Islamabad. Additionally, it is not the only trilateral initiative on Afghanistan – the United States, India, and Afghanistan held the first-ever trilateral meeting in September 2016, in New York on Afghanistan.

However, what makes the Russia-China-Pakistan Dialogue unique is the role of Russia, who for the first time since its withdrawal from Afghanistan in 1979, has decided to play an instrumental role in reviving the peace process between the Afghan government and the Taliban by collaborating with China and Pakistan. Additionally, China’s role and Pakistan’s involvement makes the process more plausible on several counts.

Growing insecurity in Afghanistan, the Taliban’s thriving insurgency coupled with the alleged rise of the Islamic State (IS) or Daesh, and its spillover effect has further made Afghanistan an issue of concern for neighbouring countries, particularly Pakistan, China and Russia whose security is directly affected by events in Afghanistan.

Hence, it is believed that the possible alliance between Chechen separatist groups and the IS and the threat posed by them has prompted Russia to reach out and establish contacts with the Afghan Taliban who have opposed the IS in Afghanistan.

Similarly, China which has traditionally maintained a limited role in Afghanistan has begun to play a more proactive and constructive role in helping to bring about stability in the country by offering to provide necessary facilitation between the Afghan government and the Taliban in realizing reconciliation.

Read more: Afghanistan Itself Is Now Taking In the Most Afghan Migrants

Since 2014, China has hosted a number of Taliban delegations and has taken part in several initiatives including the Quadrilateral Cooperation and Coordination Mechanism (QCCM) to help foster talks. China’s increasing interest and involvement in Afghanistan stems from its fears of the possible spread of militancy into its Sinkiang province, the spread of IS and its support to the Chinese militant groups i.e. ETIM separatist group based in Sinkiang. Apart from the spread of militancy, ongoing instability in Afghanistan continues to be a major hurdle for interconnectivity in the region and in particular, the implementation of CPEC.

Tensed relations between Pakistan and Afghanistan

The trilateral Dialogue has taken place at a time when relations between Pakistan and Afghanistan are at their lowest following a series of tensions revolving around perpetual mistrust, Afghan Taliban, a vicious blame game, reignited border clashes and the repatriation of Afghan refugees from Pakistan.

While Pakistan has expressed its willingness to extend every kind of cooperation for lasting peace in Afghanistan and has agreed to revisit its policy on repatriation, authorities in Afghanistan have been less forthcoming, and it appears that until such contentious issues are addressed, particularly those of security and border management, relations will continue to plummet.

Since 2014, China has hosted a number of Taliban delegations and has taken part in several initiatives including the Quadrilateral Cooperation and Coordination Mechanism (QCCM) to help foster talks.

However, in an effort to ease tensions, the recent overture by Pakistan’s Chief of Army Staff, General Qamar Javed Bajwa towards the Afghan leadership, in which he “pledged to work together for sustainable peace in the region”, has invoked a positive response from the Ghani administration, leading to an invitation for General Bajwa to visit Kabul.

Hence, it is anticipated that relations between Pakistan and Afghanistan will move away from the present hostility towards enhanced cooperation on the existing continuous issues. Apart from improving ties with Afghanistan, the presence of Daesh has become a major issue of concern for Pakistan after the group claimed responsibility for the attack on the Pakistani consulate in Jalalabad, Nangarhar, on January 13, 2016 – which is the groups’ first attack on Pakistan, thus adding to fears of the possible spread of the group in Afghanistan, and subsequently, Pakistan.

Growing presence of Daesh in Afghanistan

The growing presence of the IS and its possible penetration into Afghanistan is a significant factor that could convince the Taliban to enter into a dialogue process with the Taliban. Although the Taliban have been known to converge with other terrorist groups such as al-Qaeda, a possible convergence with the IS is not plausible due to differences in their ideological agenda.

The Taliban are an indigenous group, following the Deobandi school of thought with a local agenda limited to Afghanistan alone. Whereas, the Islamic State follows the Salafi Tukfirism, and has a global agenda to establish Islamic Caliphate beyond Syria and Iraq.

Although the Taliban have rejected the IS and its leader Abu Bakr al Baghdadi, certain elements within such as Mullah Abdul Rauf Khadim, Mawlawi Najib, Syed Emarati and Mawlawi Qahar deflected and joined the IS as representatives of the group. Thus, the IS’s presence poses a grave strategic threat to the very survival of the future of the Taliban in Afghanistan.

Read more: Pakistan 2016: Sandwiched between hostile India & Afghanistan; Will 2017 be any different?

The Taliban are believed to have written to Baghdadi, warning the IS “to halt its activities stating that there is room for only one flag and one leadership which is the Islamic Emirate of Afghanistan under its ideological Amir, Mullah Omar Akund.” In an effort to win back defected members, the Taliban also initiated a recruitment commission.

It is also pertinent to highlight that despite major ideological differences, the looming threat of the IS prompted the Taliban to engage with Iran over the issue of the IS. In this regard, Mohammad Tayyab Agha visited Iran in late May 2015 in an effort on the part of the Taliban to create an alliance which would serve as deterrence against the IS.

The growing presence of the IS and its possible penetration into Afghanistan is a significant factor that could convince the Taliban to enter into a dialogue process with the Taliban.

Therefore, in such a scenario, it is imperative that efforts (regional and intra-regional) are made to help achieve stability in Afghanistan and for this, achieving peace with the Taliban is essential. Neither the Afghan government nor the Taliban can afford to miss the opportunity of initiating talks and thus provide space for the IS to spread its influence in Afghanistan.

Continued fighting and stalled peace talks will only result in a possible vacuum for the IS to fill. Hence, with changing regional dynamics and the looming threat of the Islamic State, all regional countries have a special stake in the stability of Afghanistan.

Therefore, all initiatives in this regard should be encouraged – including the trilateral meeting. While the Trilateral dialogue is a positive step in the right direction, it remains to be seen whether Afghanistan will take part in the next round of talks and if any headway can be made regarding the Taliban.

Amina Khan is a research fellow at the Institute of Strategic Studies Islamabad(ISSI). This piece was first published in Daily Times. It has been reprinted with permission. The views expressed in this article are the author’s own and do not necessarily reflect Global Village Space’s editorial policy.

Taliban blames US, Afghan forces for most civilian casualties in 2018

On Afghanistan: How successful will the US be adopting a hardline policy towards Pakistan?