What Has Pacifism Achieved For Kashmir

The blatant display by India of its intentions of attrition warfare in Kashmir calls for Pakistan to reconsider its pacifist policy towards the Indian hawkishness. The current policy of PM Khan has clearly failed at achieving peace in the valley of Kashmir. 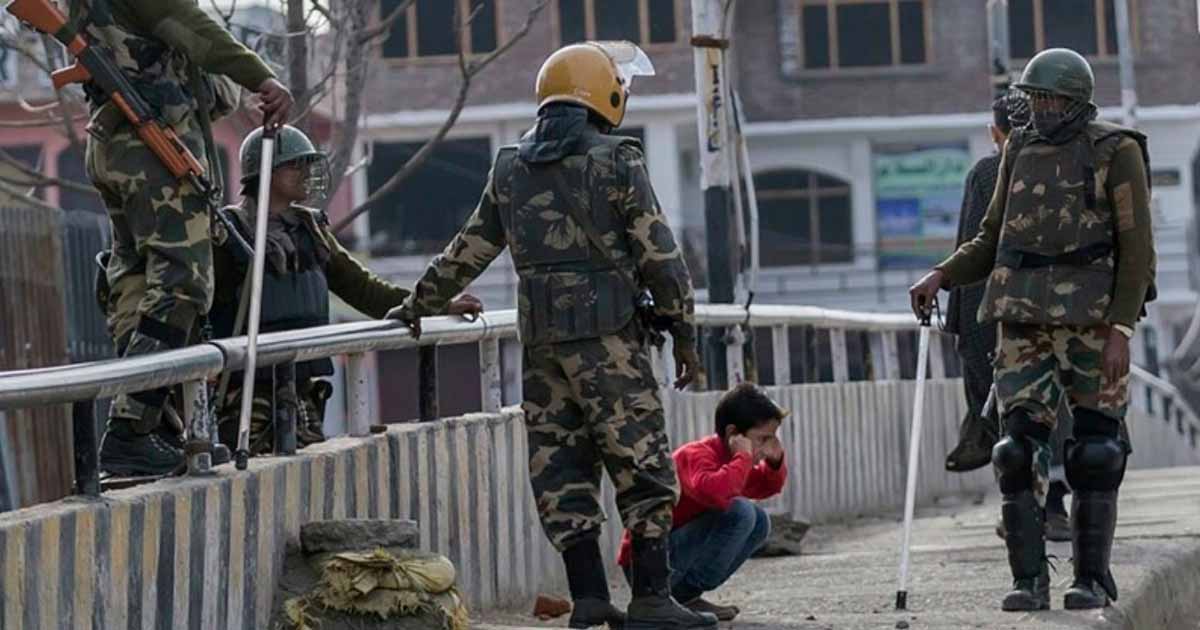 March 15, 2020 marks eight months of illegal annexation of the valley of Jammu and Kashmir by India. As reported by Amnesty International, the leading human rights organization, with 8million people under lockdown it is the most militarized zone in the world.

Despite claims of normality, over 5000 people are reported injured along with scores of people dead while many remain in detention under the Public Safety Act (PSA) which has been titled as “draconian” by Amnesty International.

Being Pakistan’s backyard and its unfinished agenda, Prime Minister Imran Khan offered full support to the people of Kashmir, vowing to fight till the last bullet and last man.

But the Kashmiris are still experiencing full heat of the situation as the Indian brutalities in the valley are partially monitored but substantively unresponded by the international community.

Of the 195 countries of the world, only two countries woke up to this humanitarian crisis at governmental level, Pakistan and Turkey. Although the UK government did not given an official statement on Kashmir, but some members of the British Parliament spoke against the ongoing brutalities of India in Kashmir.

As if India did not have its hands full with the internal unrest and instability in IOK, it has displayed intentions to push its war designs further into Pakistan Administered Kashmir

The response launched by Pakistan to the events following revocation of article 370 of the Indian constitution has till date been that of pacifist diplomacy.

In the events that unrolled in the days following the stripping of article 370, India only escalated its brutalities in Jammu and Kashmir before reducing them to some extent after backlash by the international community on media.

As if India did not have its hands full with the internal unrest and instability in IOK, it has displayed intentions to push its war designs further into Pakistan Administered Kashmir.

Indian defense minister Rajnath Singh has threatened to break Pakistan while their former army Chief General Bipin Rawat gave a statement saying that Indian army is always ready for action in, what they term as Pakistan occupied Kashmir.

While Prime Minister Khan continues with his pacifist diplomacy and eyes the international community for intervention in Kashmir, India is going out all aggressive on Indian Occupied Kashmir (IOK) and is clearly showing signs of a Hitler-styled genocide of Muslims, that has already begun, to roll out all over India and IOK.

The blatant display by India of its intentions of attrition warfare in Kashmir calls for Pakistan to reconsider its pacifist policy towards the Indian hawkishness. The current policy of PM Khan has clearly failed at achieving peace in the valley of Kashmir.

To stop Modi, who was termed as Hitler by PM Khan in his interview to a Qatar based news agency Aljazeera, of his nefarious Hindutva designs of aggression, Pakistan need to take a more pro-active diplomatic and military stance.

To bring peace to the region Hindutva designs must be contained, therefore, engaging in the “former” Indian administered Kashmir militarily is an option that must not be ruled out.

Exercising the option would not be a violation of any international laws as now Jammu Kashmir has gone back to its former status of 1947 after the abrogation of article 370 by the Indian government.

If Pakistan wishes to avoid a Nazi styled invasion of Pakistan Administer Kashmir then it is inevitable to counter the fascist aggression of Hindutva in Jammu Kashmir.

Pakistan has no option but to engage militarily and push the Indian armed forces back in Jammu Kashmir, be it through direct military action or supporting the 73-year-old legitimate freedom struggle.

Kashmir is our backyard and our responsibility. With a battle-hardened army and fine military leadership, Pakistan does not need to eye any foreign power. For over seventy years Pakistan has been claiming support to Kashmir and now is the time to walk the talk.

The question is that with the entire nation claiming support to Kashmir, not just verbally but also physically, would PM Khan wake-up to the call and stop the ongoing Kashmiri genocide with an iron hand?

Maha Fayyaz is a NUST Alumna and has a post-graduate degree in economics from the said institute. Her areas of interest are Economics, Geopolitics, and international affairs. The views expressed in this article are the author’s own and do not necessarily reflect the editorial policy of Global Village Space.