What we need to do to ensure ‘free and fair’ elections Pakistan? 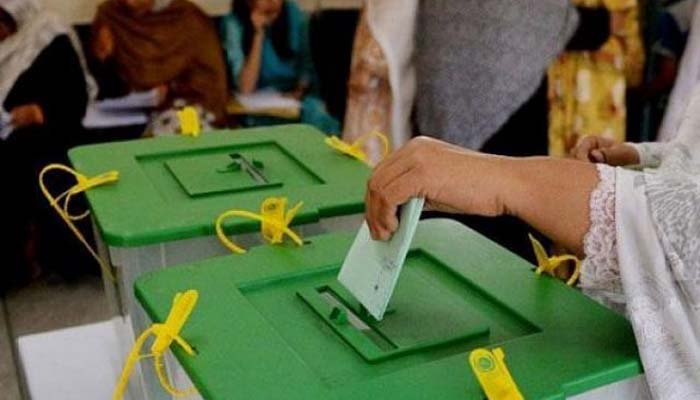 The election in 1970 was free and fair as it was the first experience. Manipulative mechanisms were not in place. The people voted overwhelmingly against the establishment. Change was in the air. Since then there have been ten sham electoral exercises. Surprisingly the 1973 constitution has survived despite onslaughts from dictators and their political rogues who rule over us.

Use of biometric identification at the ballot box will control stuffing while the Khakis will ensure security.

It seems no one is interested in an honest ballot. That is why electoral reforms have been delayed. The Nasir-ul-Mulk commission pointed out serious irregularities in the 2013 election. No one has been taken to task, business as usual continues. ‘Khakis’, ‘Qazis’, ‘Baboos’, and ‘Siasis’ all look the other way around. All arrangements are in place to rig the next exercise. The will of the people will not prevail and the sufferings of the nation will continue unabated.

Read more: Why it is vital for ECP to call Army to supervise elections?

Recently Pakistan Tehrik-e-Insaf (PTI) has proposed recommendations for electoral reforms. Two of them are significant. Use of biometric identification at the ballot box will control stuffing while the Khakis will ensure security. Their measures are not enough to ensure a free and fair election but can produce a neutral ballot at best.

For a ballot to be neutral it has to be out of reach of tainted, dirty hands, for which the provincial administration has to be kept away. Election staff should be brought from other provinces and then moved out after tabulation of results.

In the sixties, as students, we came on the streets for our right to vote. Ayub Khan’s ‘Thana Politics’ was rejected. When the Khakis could no longer keep him in power, he was shown the door by his handpicked Army Chief Yahya Khan. The Khakis have always guarded their institutional interests, at times even at the cost of the nation. Zia’s dark ages rule and Musharraf’s NRO will take a long time to erase.

In an environment of established rigging mechanisms, ‘neutral ballot’ has to be defined and understood. Manipulation systems are well entrenched and multifaceted. It all starts with the voters’ list and demarcation of constituencies. National Database And Registration Authority (NADRA) is responsible for the lists as well as Computerised National Identification Cards (CNICs). Obtaining multiple cards has now become difficult while the lists can be manipulated as was recently done in a crucial Lahore by-election.

Read more: 2018 Elections will be pointless: without “major electoral reforms”

Only genuine political leadership can bring back the Civil Servants to their expected levels for which a neutral ballot is required.

The menace of the Election Commission of Pakistan (ECP) is un-ending. The two status-quo parties (PML-N, PPP) are involved in the selection of the Chief Election Commissioner (CEC) and its provincial members. For the conduct of the electoral exercise, ECP seeks support from the provincial administrative setup which has its own interests with serious compromises. In Punjab there used to be only one Grade-22 officer, the Chief Secretary, all other Secretaries were in Grade-20 with a few in Grade-21. Today there is a ‘Juma Bazar’ of grades. It does not stop here; special salaries have been given to the blue eyed ‘Baboos’.

For a ballot to be neutral it has to be out of reach of tainted, dirty hands, for which the provincial administration has to be kept away. Election staff should be brought from other provinces and then moved out after tabulation of results. Employees from Punjab can be sent to Baluchistan, KPK to Sind etc. this will ensure the neutrality of staff. Even local Police should be debarred from entering the polling stations which should be under the control of the Khakis. In Punjab, PML-N resorts to aerial firing which remains unchecked despite warnings and legislation. This must be stopped by full force of the Army and Rangers as this is a major impediment in the way of holding a neutral ballot.

It is true that every system self-corrects itself if allowed to function as per design. Ballot drives democracy that is why it has to be credible as it was legislated.

Biometric verification is an effective measure. Recently the Mobile Telephone companies carried out a massive SIM identification operation. NADRA has thumb impression data of all the NIC holders which is easily verifiable. Every voter should go through this process before exercising his right to vote, the ballot will thus become neutral. However, buying and selling of votes will be difficult to control but only casted ballots will be counted. The angels will have no role, the voter and the ballot will stand face to face.

Only neutral state institutions can ensure an honest ballot. Today only the Khakis remain functional. Judiciary has a long way to go to restore its credibility, while ‘Baboos’ are hopelessly compromised. Only genuine political leadership can bring back the Civil Servants to their expected levels for which a neutral ballot is required.

Free and fair election may not be possible but a ‘Neutral Ballot’ is achievable as a starting point in our democratic journey which has remained disrupted since 1977.

In 1970, the election results were shocking for the establishment, the voters overwhelmingly voted against the status-quo. The mass mobilization of people was unstoppable that is why it was never risked again. In 2013, the ‘dharna’ against rigging was spontaneously started by first-time voters. PTI was divided on the protest; Kaptaan was hospitalized while Comrade Ahsan Rashid was battling cancer. The drawing room politicos had gone home to lick their wounds after throwing their towels.

After seventy years of its existence, Pakistan remains leaderless mainly because of manipulated ballots. Kaptaan continues to struggle as a mine sweeper together with his team of political turncoats who now pose as crusaders of democracy. It is true that every system self-corrects itself if allowed to function as per design. Ballot drives democracy that is why it has to be credible as it was legislated.

The Khakis have finally decided to keep away from politics which is a good omen for democracy but the political rogues they have generated in the past remain in control. A Khaki supervised ‘Neutral Ballot’ is a step in the right direction. Rather, with compromised institutions, this is perhaps the only way forward; free and fair election may not be possible but a ‘Neutral Ballot’ is achievable as a starting point in our democratic journey which has remained disrupted since 1977.

Dr. Farid Malik is a prominent technical and management expert in mining, materials, engineering and high-tech industry; he is a regular columnist for The Nation and Pakistan Today.He is ex-Chairman, Pakistan Science Foundation.  This article was first published in Pakistan Today and is republished with the permission of the author. The views expressed in this article are the author’s own and do not necessarily reflect Global Village Space’s editorial policy.

Burqa ban has no place in a tolerant society, says UN expert