What’s in for this year’s Emmy awards? 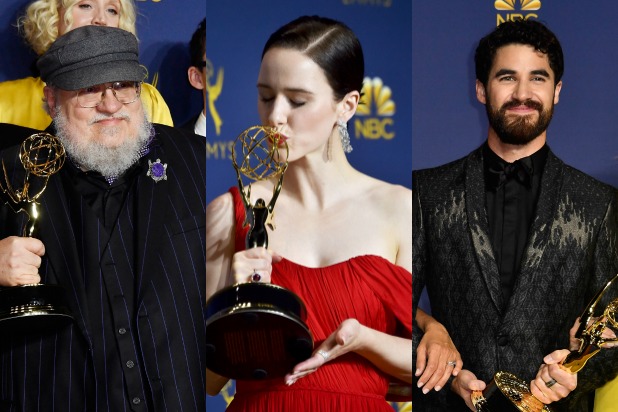 In a few short years TV has become as prestigious a mode of storytelling as movies are. The change has been swift but not unnoticeable. By and by, droves of A-List celebrities have made their way to the small screen and this was clearly visible at last year’s star-studded Emmy Awards where the nominations were filled with actors like Nicole Kidman, Reese Witherspoon, Robert DiNero among others.

This year, the Emmy’s are packed with less movie stars but the race is as tight as ever. Rounding out the Outstanding Drama Series nominations are well known shows such as Stranger Things, Game of Thrones and Westworld. Critically acclaimed shows The Crown, The Americans, The Handmaid’s Tale and This Is Us also made the cut.

Based on the nominations and the critics’ collective response to them so far, it seems like streaming site Hulu will nab the Outstanding Drama Series award second time in a row with The Handmaid’s Tale, edging out the Emmy favorite Game Of Thrones. On its penultimate season, Game of Thrones received a lot of backlash from fans and critics who felt that the season was subpar and felt rushed.

Missing from the list is also Netflix’s critically acclaimed House of Cards starring Kevin Spacey and Robin Wright. Because of the former’s sexual assault allegations, he did not make the Outstanding Lead Actor nomination list too. Without him in the list, the chances of last year’s winner Sterling K Brown, taking the trophy home again is very likely.

The Lead Actress category is seems competitive. While many think that last year’s winner Elisabeth Moss will take the Emmy again, for her moving portrayal of Offred/June in The Handmaid’s Tale, Keri Russell (The Americans) and Claire Foy (The Crown) are strong contenders.

The TV Academy in the past has often rewarded actors who were playing their respective role for the last time and since both Russell and Foy will bid adieu to their characters and shows this year, they do have a shot of becoming an Emmy Winner. Those that weren’t nominated include Roseanne Barr (whose racist tweet ended with her getting fired from her network and her series being cancelled), Game of Thrones’ Jon Snow (Kit Harrington) and Daenerys (Emilia Clarke).

Read more: ‘Game of Thrones’ storms back into Emmys race with 22 nominations

This year has been a historic year for Netflix. While the streaming network failed to become the first streaming service to win Outstanding Drama Series (that credit went to Hulu for The Handmaid’s Tale), they have now outperformed HBO and become the first streaming site to ever be more nominated than a US broadcasting network. With 112 nominations, they were inches ahead of the prestige TV channel HBO with 108 nominations. HBO’s Game of Thrones is still the most nominated show though, with 22 nominations, followed by Saturday Night Live and Westworld with 21 nominations each.

The awards will air on September 17.