What’s the Process for Selling Old Cars for Cash? 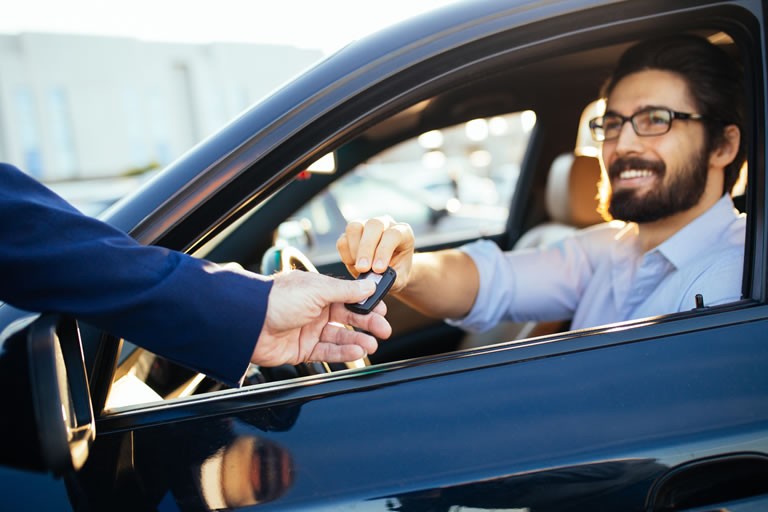 The process of selling your old car for cash in the Phoenix area can generally be accomplished very quickly and with virtually no hassles. There are a number of junk car dealers in the metro area, including the most experienced dealer, Sell Us Your Car AZ. The general process for getting rid of your unwanted junker is to either phone the company or fill out an online form, and then get a quick quote based on several factors. Then all you have to do is schedule a time to have the vehicle picked up. At the time of pickup, you’ll be paid either by cash or check, and you can wave goodbye to your junker vehicle as it gets towed away.

How Can I Get the Most Money for my Junk Car?

If you’re asking, “How can I sell my junk car for cash,” we have some advice. If you decide to sell your car yourself, rather than offer it to a junk car dealer, you can expect a longer and more involved process, because you’ll have to list the car in local classifieds, and then you’ll have to sort out the tire-kickers from the legitimately interested purchasers. To get the most money for your car, you’ll have to gather up all the paperwork, and then establish an asking price which is slightly above its actual value, so that you can negotiate downward if necessary.

Then you should do your best to clean up the car, for example by washing it and vacuuming out the interior, and doing whatever you can to improve its appearance. After this, you should create some ads which will help sell the vehicle, and make sure to include complimentary photos which show off its best features.

You’ll probably start getting some callers pretty quickly, so you’ll need to screen these out to determine which ones are legitimate and which ones are just looking to flip the car and make a buck for themselves. If the vehicle is operational, set up a test drive for the potential buyer, and hopefully they’re interested enough to close the deal so you can make your sale.

What is the Fastest Way to Sell a Car?

When you’re obliged to sell your car quickly, it will probably be a lot more stressful than if you had plenty of time to work with, so you should expect that right from the start. The fastest possible process would probably be to sell your car to a dealer, because they will be well acquainted with market conditions, as well as the book value of your vehicle, so you should get a fair price.

If you’re going to sell a car on your own, you can probably anticipate selling it for at least slightly less than its book value calls for. If there isn’t much demand for the type of vehicle you’re trying to sell, you may have to wait a while before you get a legitimate offer, so this isn’t always the best way to sell a car if you’re in a hurry.

You might get lucky and have a friend who is interested in buying your car, and that has the potential to be a transaction which can be concluded fairly quickly. You should also get paid an amount close to the market value for your vehicle. The good thing about this type of transaction is that you won’t have to go through any advertising or screening of callers, because you have one potential buyer and that person can find out everything about the car just by visiting you and taking it for a test drive. 1

One last way of trying to sell your car quickly would be to use a car-buying service. This also has the potential to be a fairly quick transaction, because all you have to do is drive your car to their facility, where they will inspect it and make you an offer on the spot. If you like the offer, your worries are over, and you can start thinking about how you’re going to spend that cash.

How Much Would a Junkyard Pay for my Car?

The amount of money a junkyard will be willing to pay for your car will depend on several factors. The first thing they will consider is the year, make, and model of the vehicle you’re trying to sell, and then it will be important to know whether the vehicle is still running. The reason this matters is because an operational vehicle will likely have a number of parts which can be salvaged and resold individually, and that adds extra value to your vehicle.

If the car happens to be missing any of the major components, such as wheels, transmission, or engine, that will detract from its value, because those are likewise some parts which could be salvaged and resold on their own. If there has been any major damage to the junk car, for instance having been involved in a fire, a flood, or an auto accident, that will lower the amount of money a junk car dealer will be able to offer you.

Even if a car has been completely wrecked in an auto accident, it will still have value to a junk car dealer for its metal content, but you should expect to be paid significantly less for a vehicle in that condition. That’s because it is unlikely to have any parts which can be salvaged, so it’s only value would come from the amount of metal which can be extracted from it.

Finally, the last consideration for how much you could earn from your junk vehicle will depend on its current location. If a long tow will be needed to bring your vehicle to the dealer, that will be an expense which has to be subtracted from its overall value, so the dealer will only be able to offer you a lesser amount.

Get Rid of Your Junk Car Today

Junk car dealers will pay the most amount of money for a car which is still running, because there’s a potential to sell many of the parts from that car. However, almost all cars have some value for the metal which they’re made of, and for other salvageable parts. When you’re ready to sell your junk car, the whole process can be managed very quickly, and you can get the fairest price for your unused vehicle by contacting Sell Us Your Car AZ, one of the most experienced and fairest junk car dealers in the entire Phoenix Metro area.