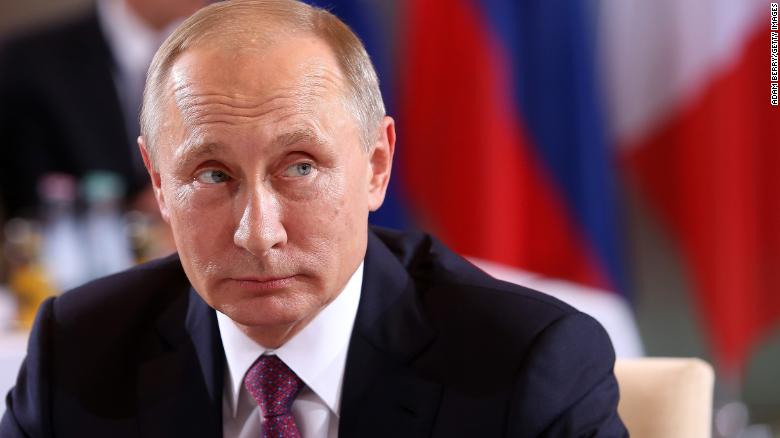 Amidst the feeding frenzy that has taken over Washington, D.C., and the U.S. mainstream media over Russia, forgive me for asking a politically incorrect question: What’s wrong with talking to Russia?

After all, is the United States at war with Russia?

Well, you might think so if you read the editorial in Wednesday’s New York Times, entitled “Time to Investigate Mr. Trump’s Ties to Russia,” where the Times’ editorial board labels Russia an “enemy.”

Really? Enemy? But the United States isn’t at war with Russia. Certainly, Congress hasn’t declared war on Russia. And as much as some people might love such a war, there still isn’t any shooting taking place between Russian and American troops, and, so far, nukes between the two nations are not flying at each other.

So, how in the world can Russia be considered an “enemy” of the United States?

A clue to the mindsets of the Times’ editorial writers is found in another section of the editorial, where they say that Russia “has thwarted American foreign policy since the Cold War.”

Is Russia an enemy?

That’s one big reason that Americans are supposed to consider Russia to be an “enemy,” just as they were expected to consider the Soviet Union, Cuba, Vietnam, and North Korea to be “enemies” of the United States during the Cold War, notwithstanding the fact that none of those nations ever attacked the United  States.

At the end of the Cold War, the American people had a grand opportunity, which consisted of a dismantling of the entire Cold War-era national-security structure, including the Pentagon, the military-industrial complex, overseas and domestic military bases, the CIA, and the NSA.

The US as a national-security state

After all, don’t forget that all these totalitarian-type institutions were brought into existence at the end of World War II supposedly to protect the United States from communism and the Soviet Union, which, ironically had been America’s World War II partner and ally. That’s why the United  States was converted from a limited-government republic to a national-security state, without even the semblance of a constitutional amendment.

A clue to the mindsets of the Times’ editorial writers is found in another section of the editorial, where they say that Russia “has thwarted American foreign policy since the Cold War.

Therefore, a logical question arose at the end of the Cold War: Now that the Soviet Union had dismantled, now that there were no longer going to be East-West crises over Berlin, now that East Germany and Eastern Europe were freed from Soviet control, now that the Warsaw Pact was dismantled, and now that Russia was reaching out to the United States in a spirit of openness and friendship, why not dismantle the Cold War-era national security establishment? Indeed, why not dismantle the U.S.-controlled, Cold War-era NATO, given that its purported justification was to protect Western Europe from a Soviet invasion?

Unfortunately, however, that opportunity was squandered by leaving the United States a national-security state. The U.S. national-security establishment didn’t sit idly by waiting for the opporunity to be seized upon in the future. Almost immediately after the Cold War had suddenly ended, the U.S. government went into the Middle East and started killing people, most of whom were Muslims.

That’s what the Persian Gulf intervention (which, again ironically, was against their partner and ally Saddam Hussein), the intentional destruction of Iraq’s water and sewage treatment plants, and the 11 years of brutal sanctions against Iraq that killed hundreds of thousands of Iraqi children were all about.

When the inevitable anti-American terrorist blowback came, the national-security establishment had a new reason for being: to fight terrorism, which, they said, had nothing to do with the deaths and destruction they had been wreaking in the Middle East but which, they said, was simply rooted in hatred for America’s “freedom and values.” (Over time, of course, the “terrorist threat” evolved into the “Muslim threat.”)

Almost immediately after the Cold War had suddenly ended, the U.S. government went into the Middle East and started killing people, most of whom were Muslims.

Where they got angry was when Russia refused to go along with all this by deferring to the U.S. national-security establishment and unconditionally coming to its support, especially in the National Security Council and especially with respect to Syria.

You see, the mindset of national-security state officials and their acolytes in the mainstream press was that the U.S. government had won the Cold War. Therefore, it was now the world’s sole remaining empire. It would rule. Whatever actions the U.S. government took would be for the good of the world.

All other nations were expected to express deference and support. Alas, Russia didn’t do that. Neither did China. For their independence and recalcitrance, the U.S. mainstream media called them “assertive” and “aggressive.” They were both labeled “rivals” and now, at least in the case of Russia, an “enemy.”

That’s the mindset of empire. As long as every other regime remains significantly less powerful than the empire, economically and militarily, and deferential to the empire, everything is fine. But as soon as some nation starts to get wealthier and more prosperous, such as China, or gets too independent, like Russia,  it’s considered a “hegemon,” thereby supposedly posing a threat to the existence of the empire.

Consequently, the “hegemon” must be put down or at least put into its place. And the good part of doing that, at least from the standpoint of the empire, is that it produces a new crisis, which can then be used to justify the continued existence (and ever-growing tax-funded largess) of the national-security establishment.

That’s why they kept NATO in existence, despite having promised to dismantle it — it would serve as excellent crisis-producing device with Russia. That’s why they had NATO move eastward toward Russia, absorbing the nations that had formerly been members of the Warsaw Pact.

It’s why they wanted NATO to absorb Ukraine, which would have put U.S. troops and U.S. missiles on Russia’s border. It’s why they initiated one of their infamous regime-change operations in Ukraine, one that ousted the pro-Russia dictator and replaced him with a pro-U.S. dictator.

And look what they have accomplished: A continuation of the Cold War with Russia and, at the same time, a perpetual “war on terrorism” (or on Islam) as a direct consequence of perpetual interventions and occupations in the Middle East and Afghanistan.

And heaven help any American who ever dares to talk to a “rival,” a “hegemon,” or an “enemy” of the national-security establishment and the U.S. empire. The mainstream press will label him a traitor and a criminal. And the old Cold War-era national-security apparatus of the federal government — the ruling  part of the federal government — will smash him.

Jacob G. Hornberger is founder and President of a US based think tank, The Future of Freedom Foundation. His email address is jhornberger@fff.org. The views expressed in this article are the author’s own and do not necessarily reflect Global Village Space’s editorial policy. This piece was first published in The Future of Freedom Foundation. It has been reprinted with permission.

Previous articleWhy 19th Century Europe became the richest part of the world? What can we learn?
Next articleWomen: We have the “power” to make or break the Society…!

19 September 2021
Previous articleWhy 19th Century Europe became the richest part of the world? What can we learn?
Next articleWomen: We have the “power” to make or break the Society…!

Are allergies linked to anxiety and depression?