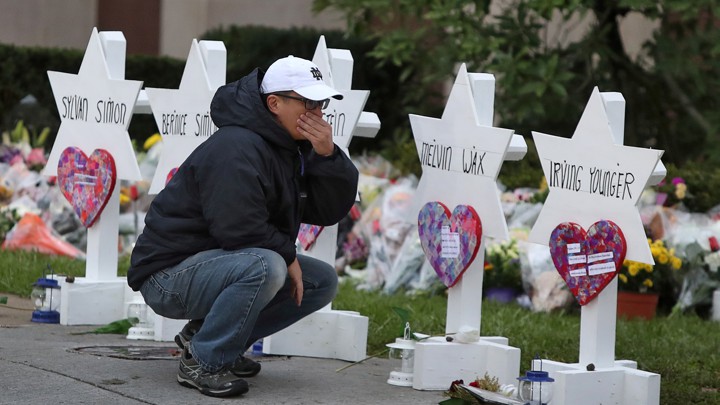 The calm actions of a police officer who arrested the Toronto van suspect without firing a shot have prompted praise and, in some quarters, astonishment.Video from the scene shows suspect Alek Minassian pointing an object at the officer and shouting: “Kill me!”The officer tells the man to “get down” and when the suspect says he has a gun, the officer repeats: “I don’t care. Get down.”

Ten people were killed and 15 others were injured after a white rental van mowed down pedestrians along a busy street in Toronto on Monday. The suspect arrested has raised concerns over the spread of “white right wing terror” in Canada.

The incident happened at around 1:30 p.m. on Yonge Street, starting at Finch Avenue and ending near Sheppard Avenue, about two kilometers away, where a police officer arrested a male suspect without firing a single shot. Toronto Police Chief Mark Saunders identified the suspect as Alek Minassian, 25, of Richmond Hill, Ont.

Saunders told reporters at a press conference Monday that investigators were working hard to determine a motive, and that Minassian was not known to Toronto police. “There’s nothing on our files,” he said. “There’s nothing that we have on him right now.”

Minassian’s neighbours told CTV’s Peter Akman that they would see him jogging and that he kept to himself. One former classmate said he struggled with mental illness. National security sources told CTV’s Mercedes Stephenson that mental health was the primary focus of the police investigation, and that they had found no indication of radicalization.

Witness Ali Shaker, who was driving southbound on Yonge Street at the time of incident, said the van sped along a sidewalk, hitting at least one stroller and “crumbling down people one by one.”

Minassian’s act has raised concerns of the presence of rightwing terrorists inside Canada. Canada has already faced right wing terrorism in the face of the Islamophobic terror attack on a Quebec mosque. The Quebec City mosque shooting was a mass shooting that occurred on the evening of January 29, 2017, at the Islamic Cultural Centre of Quebec City, a mosque in the Sainte-Foy neighborhood of Quebec City, Canada. Six Muslim worshippers were killed and nineteen others injured when a lone gunman opened fire just before 8:00 pm, shortly after the end of evening prayers. Fifty-three people were reported present at the time of the shooting.