Who was behind Cairo church bombing? 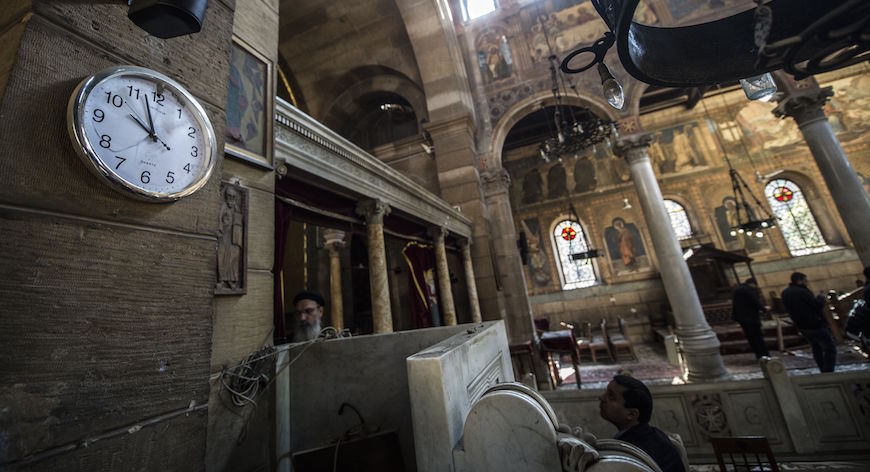 CAIRO — Egyptian officials said today they have arrested four suspects and identified a man they believe to be the suicide bomber responsible for a blast that ripped through a Coptic church Saturday in Cairo, killing 25 people and wounding dozens of others. Authorities said Monday they had arrested three men and a woman and were searching for two more people in connection with the bombing. No group as of yet has accepted responsibility for the attack. During a state funeral ceremony for the victims Dec. 12, President Abdel Fattah al-Sisi said a terrorist identified as Mahmoud Mostafa wore an explosives-laden vest in the attack. That account differs from earlier security and eyewitness reports that a woman had carried a bomb containing 12 kilograms (26.4 pounds) of TNT inside her bag and placed it under women’s chairs in the prayer hall. That would have explained why most of the victims were women and children, according to the Egyptian Ministry of Health.

To access the complete article, please use this link: Al-Monitor

How did President el-Sisi lift the economy of Egypt?