“Whoever arranged the interview is the biggest enemy of Nawaz Sharif”: Shehbaz 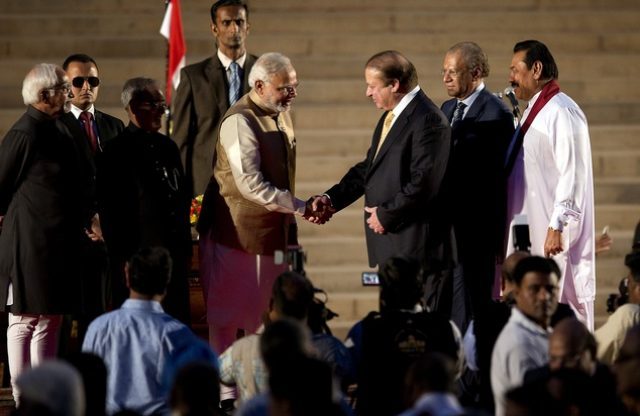 During a parliamentary committee meeting chaired by the incumbent Pakistan Muslim League-Nawaz (PML-N) president Shahbaz Sharif on Thursday, several party members — reportedly including Sardar Ashiq Hussain Gopang, Abdul Rahman Kanju and Shafqat Baloch expressed their grave concerns regarding the interview, noting that Nawaz’s remarks were played up by the Indian media and that chants of Modi ka jo yar hai, ghaddar hai ghaddar hai (Whoever is Modi’s friend is a traitor) had subsequently done the rounds.

Nawaz Sharif recently gave an interview to daily Dawn’s Cyril Almeida and asserted that “Militant organizations are active. Call them non-state actors, should we allow them to cross the border and kill 150 people in Mumbai? Explain it to me. Why can’t we complete the trial?”

He was referring to Mumbai attacks and the alleged involvement of terrorist from Pakistan, an allegation repeatedly rejected by Pakistan. India alleged Pakistan but declined to allow Federal Investigative Agency (FIA) to cross-examine the arrested terrorists who allegedly belonged to Pakistan. India’s refusal to allow Pakistani authorities to complete investigation is ‘on the record’.

The most challenging thing for Shehbaz is to decide whether he will stand with his brother who is reluctant to ‘soften’ his rhetoric or with the party he is the president of? Shahbaz’s decision will determine the future of both PML-N and ousted Prime Minister Nawaz Sharif.

After listening to the reservations of lawmakers, Shahbaz Sharif said that “whoever arranged that interview is the biggest enemy of Nawaz Sharif”. While defending his elder brother (Nawaz Sharif, he also said that “No one is more patriotic than Nawaz Sharif” but at the same time he assured that “there will soon be a softness in Nawaz’s rhetoric on contentious issues”.

Nawaz Sharif: From anti-establishment to anti-state stance and challenges for PML-N

Nawaz Sharif has been clueless about his role in the political process of Pakistan since his disqualification in Panama Papers Case last year. Since then, Nawaz and his daughter Maryam Safdar have been bashing military establishment and superior judiciary for (allegedly) systematically sidelining Nawaz from PML-N and national politics.

In their speeches both father and daughter have been very critical of both military and judiciary, saying there needs to be a ‘revolutionary change’ in order to put limits on the role of these two institutions. Following Nawaz’s tradition, many PML-N leaders made anti-judiciary speeches and threatened honourable judges and their families ‘of dire consequences if they continue to play their part in minus-Nawaz plan’. Many of PLM-N leaders are facing contempt of court.

There were, however, lawmakers within the party who opposed Nawaz’s anti-judiciary approach and suggested their leader to ‘respect’ the court even if it was going against him. But Nawaz did not stop.

In an exclusive interview to Dawn, Nawaz went too far in his struggle to cut the state institutions down to their size. He blamed Pakistan for allowing terrorists to attack Mumbai in 2008.

His anti-state comments gave India an opportunity to initiate a virulent propaganda against Pakistan at the international stage. Nawaz’s statements were initially declared as ‘misrepresented’ and ‘misinterpreted’ by the PML-N. National Security Committee (NSC) also condemned the ‘irresponsible statement’ of Nawaz Sharif. Nawaz, then, assured his supporters that there could be a national commission to determine if he was a ‘traitor’ but he was not going to take back whatever he had said. Nawaz decided to stay with what he had said despite suggestions by PML-N leaders to step-down.

Nawaz’s anti-Pakistan narrative has damaged the integrity and national appeal of PML-N if any. Lawmakers within the PML-N consider Nawaz’s statements as anti-state and want him to change his narrative.

Furthermore, this disagreement over a serious issue is leading PML-N towards disintegration. A disintegration just before a general elections means almost a political suicide at the part of the top leadership of the party. The most challenging thing for Shehbaz is to decide whether he will stand with his brother who is reluctant to ‘soften’ his rhetoric or with the party he is the president of? Shahbaz’s decision will determine the future of both PML-N and ousted Prime Minister Nawaz Sharif.

What happened in the final presidential debate 2020?