Why back-channel diplomacy between Pakistan and India has no future 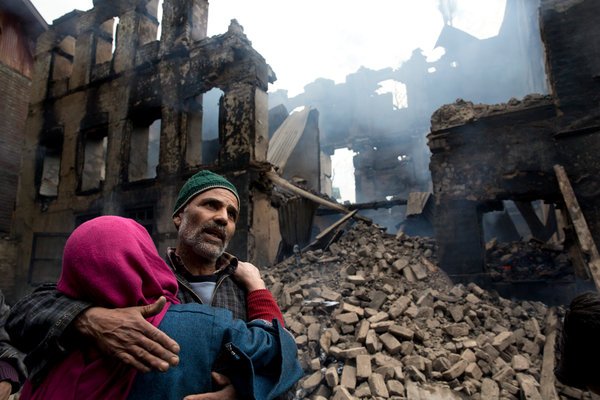 Those who were close to late J. N. Dixit, one of India’s most distinguished diplomats, would know that he had a keen sense of humor, at times of a kind bordering on the bawdry. The latter invariably surfaced when he commented on our ‘Track 2’ protagonists. On a serious note, Indians only delude themselves into thinking that they practice Track 2 diplomacy.

The ABC of Track 2 is actually a lot more than traveling business class and staying in five-star hotels. Quintessentially, Track 2 is unofficial – but constructive – interaction between adversaries in political conflicts. Like most fashionable things among our strategic pundits, the expression ‘Track 2’ is also of American origin, traceable to an essay by a State Department functionary Joseph V. Montville in 1981 titled Foreign Policy According to Freud.

Where our public can be encouraged to courageously understand and assimilate the past and becomes willing to acknowledge the need of contrition where ossified self-righteousness and hubris prevails today.

Indians gleefully picked up the coinage – like ‘string of pearls’ or ‘Quad’ in recent times. By my second term in the Pakistan Division in the MEA as director in the late 1980s, smart-thinking Indian ambassadors were drawing special entertainment allowance to entertain our Track 2 delegations.

If the intention behind Track 2 was to influence the perceptions and policies of the track one actors in New Delhi and Islamabad, the process failed miserably. In 1984 India occupied the Siachen to create a new fact on the ground – and Pakistan began promoting Khalistanis and tapped into the disaffection in J&K (which eventually became a bloody insurgency supported from across the border). In the second half of the nineties, India jettisoned its self-restraint in Afghanistan too, opening a ‘second front’.

Since then, things have only gone from bad to worse. The India-Pakistan tensions have lately acquired a geopolitical overtone too, as a template of the growing big-power rivalry. The only successful practitioner, to my mind, of India-Pakistan Track 2 has been, strangely, an American – Michael Krepon, founding president of the Henry L Stimson Centre in Washington — whose contribution to ‘nuclear diplomacy’ was seminal.

India’s record is pathetic. And, yet – be it Kashmir problem or border dispute with China – the leadership can only pursue a strategy that moves in conjunction with the support in the public opinion for peacemaking.

The touchstone to be applied to Track 2 is as to how far our practitioners conform to the conception regarding “unofficial, non-structured interaction” laid down by Montville in his 1981 essay:

Now we’d realize why our self-styled practitioners got nowhere. Conviction, simply put, was lacking. Self-belief is of paramount importance. Second, while Track 2 is meant to assist the leaderships by probing political formulae or scenarios that may help leaderships to take risks for peace, it is in no way a substitute for official, formal track one at the governmental level or between leaderships.

Third, most important, for the Track 2 to be creative, the protagonists shouldn’t suffer from what Montville called the “psychology of victimhood.” The basis of trust is lacking when neither side is willing to acknowledge the injustice of their actions to the other side. Ideally, there should be open expression  of regret – be it 1971, 1984 or 2008.

Therefore, a need arises to move beyond the culture of avoidance and denial. Basically, whether with Pakistan or China, we require a walk through history, revisiting moments painful to the memory. We need to reclaim or excavate memories of events that lie buried deep in the unconscious but which continue to affect our identity and generate dysfunctional behavior. Montville calls this “a form of liberation through cognition – through knowing and understanding.” Let me quote him,

In the final analysis, Track 2 is doomed to fail unless with dignity and sensitivity the conflicted public is also brought into this therapeutic, mourning process so that the domestic opinion gets liberated from the frozen sense of existential injustice and victimhood.

Read more: US is not against CPEC: An Indian view?

Its underlying assumption is that actual or potential conflict can be resolved or eased by appealing to common human capabilities to respond to good will and reasonableness.

Alas, India’s record is pathetic. And, yet – be it Kashmir problem or border dispute with China – the leadership can only pursue a strategy that moves in conjunction with the support in the public opinion for peacemaking. This is where trust, vision and courage has been lacking. Ironically, our democratically elected leaders overlook that human proclivity for bonding is extraordinary and public sides in a conflict can develop close personal relationships.

For a start, therefore, what India truly needs is a Track 2 Centre that can create support in the public domain for peacemaking – where our public can be encouraged to courageously understand and assimilate the past and becomes willing to acknowledge the need of contrition where ossified self-righteousness and hubris prevails today. Such a centre should also train young professionals to carry on the serious work of Track 2, retiring the grandees.