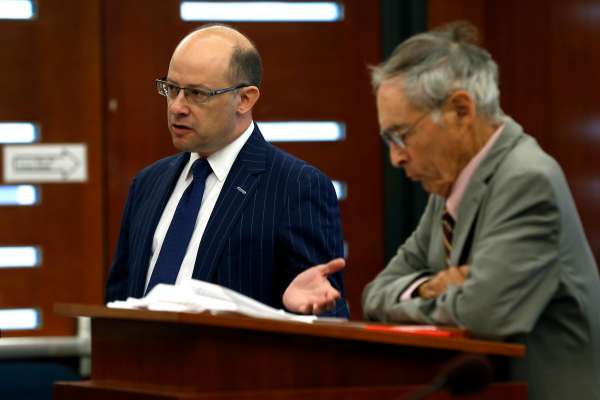 A damning JIT investigation report submitted in the Supreme Court against a former President, his sister, his cronies, and that incredibly colorful maverick, Malik Riaz of the wheels on file fame.

It’s wonderful to see this happen.

Wonderful to see the highest and the mightiest in the political realm facing accountability, however imperfect.

But its a start. A journey of a thousand miles starts with the first step! So there’s much to celebrate.

Wonderful to see how these looters and plunderers, conjured and conspired and concocted amazingly complex webs of financial deceit and subterfuge to route, money launder and hide their ill-gotten wealth.

Wonderful to see how the scores of good men and women of this great country, diligently and painstakingly attempted to unravel this mass of deceit so marvelously planned and laid out by Nawaz Sharif and Asif Zardari through their children, cronies and henchmen!

Wonderful to see that perhaps for once the corrupt, not yet caught, may perhaps be having a sleepless night or two.

Wonderful to hear the current PM vowing not to relent on holding the corrupt accountable.

And so are these indicators of a better tomorrow?

Are we headed towards a time where everyone faces the guillotine?

Can we hopefully see a future where corrupt and crooked generals, judges and other “protected species” will also be arrayed in civilian courts like Nawaz and others and not receive the kids gloves treatment they get from their own institutions?

Why shouldn’t a serving or retired General or a sitting or retired Justice of the Superior Judiciary have a NAB reference filed against him or her and like Shahbaz Sharif, Saad Rafique, Fawad Hassan Fawad, Ahad Cheema etc, be summarily arrested, sent on judicial remand and interrogated?

Why shouldn’t these people face the full force of public accountability in a NAB accountability court under the glare of 24/7 media spotlight and talk shows, if they are charged with corruption and corrupt practices?

Why shouldn’t their families face the same public humiliation of being spouses, children, siblings, parents and relatives of a corrupt and crooked military officer or a judge?

Why should these people be held accountable *”by their own internal system of accountability?”*

This is a common argument one hears from former military colleagues or the arguments one receives from friends in the judiciary. Oh our internal accountability processes are very robust and strong!

If that be so, I say, then please show me an Air Marshal, a Rear Admiral a General, a Justice of a High Court or the Supreme Court who has been indicted, convicted and sent to jail when in service or even after retirement for corruption and corrupt practices?

Admiral Mansoor ul Haq being the one dishonorable exception who was tried and convicted under the NAB law and not by the Navy’s internal accountability processes! Though he was arrested by Naval Intelligence!

So why haven’t we seen more such cases?

My friends in the Army talk about, and that too in hushed whispers about *”that general and this general “sent home without benefits”. Or “so and so general paid back x amount and has been “prematurely retired”.*

What nonsense! Why aren’t these corrupt crooks not publicly tried, convicted and sent to jail?

Oh because it will negatively affect the morale of the Army, is the incredible answer, I receive from people who one would safely categorize as being certified sane!

Effect the morale of the Army negatively because they caught a General with grubby fingers, his hands in the till and held him accountable, I ask again, incredulously?

And how may I ask with what perverted logic you make this claim?

Oh because the young officers and troops will lose faith in the system and this will greatly affect military discipline and morale if they find out that our leaders are corrupt!

It’s quite amazing that in a predominantly Muslim society where personal accountability, integrity, and honesty are its most fundamental tenets, there is this perverted logic of defending the guilty in not being punished publicly.

Let me warn these simple souls that if they continue to not hold their guilty accountable and publicly and in the same manner as we have started to do with our politicians and civil servants, we will destroy the institution!

If we do not make an example of all the generals, serving or retired of corruption and corrupt practices, in time this great institution will be as corrupt as any other and headed for a disaster.

And woe betide the day that this institution crumbles!

I’m not familiar about how many High Court or Supreme Court judges have been found guilty of corruption and corrupt practices, arrested from their offices, sent on judicial remand, interrogated, convicted and sent to jail?

I’m not even familiar with how many judges have been found guilty of corruption and corrupt practices by their own accountability forum, the Supreme Judicial Council?

By I do know that the numbers are dismally low!

Why shouldn’t these people, found guilty of corruption and corrupt practices, be stripped of their ranks, titles, privileges and serve rigorous imprisonment like common criminals, which they are?

Let us remember that any departmental or institutional accountability rules or processes are subservient to the law of the land!

No military process of punishing the guilty or Supreme Judicial Council proceedings can and or should override or be superior to the accountability laws that deal with corruption and corrupt practices.

The NAB law MUST bring under its purview of corruption and corrupt practices, all serving and retired personnel of the Armed Forces and the Superior Judiciary, and the laws applied to them in the same impartial manner as is applied to other segments of society.

If Allah Can Hold his Prophets Accountable.

If He can Hold Humanity Accountable.

If Caliphs can be held publicly accountable.

If Prime Ministers and Presidents can be held publicly accountable.

If Civil Servants and businesspeople can be held publicly accountable.

Why can’t Judges and Generals be held publicly accountable?