Why Coronavirus is a grave security challenge for Pakistan

The author discusses a wide number of challenges that face Pakistan's security apparatus due to coronavirus. He describes why Pakistan needs to take the threat of Coronavirus seriously. 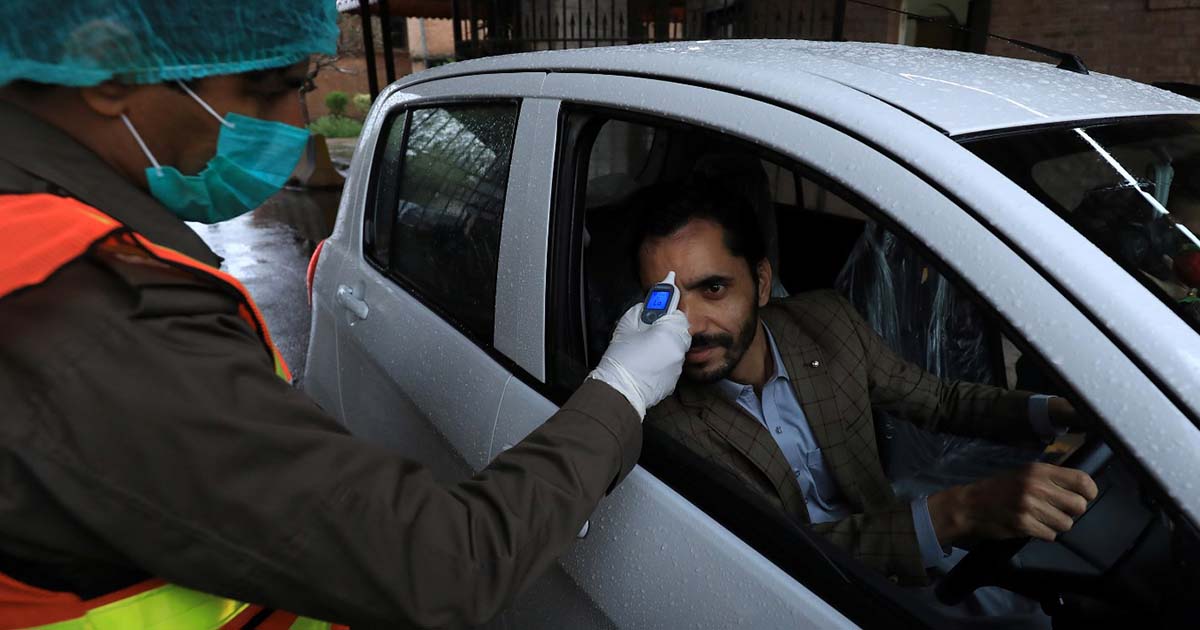 The spread of the contagious coronavirus has endangered almost every nation. Squares and streets are deserted and educational institutions, cinemas, theatres and marriage halls are closed in many countries including Pakistan. Indeed, its uncontrolled global spread has caused international and regional insecurity.

The WHO has declared Europe the new epicenter of this new infectious disease. Governments have been taking preventive measures, including shutting down schools, public gathering, and also securing or, in a few cases, closing borders. President Donald Trump announced a 30 day ban on travellers from Europe, and Saudi Arabia banned international flights. Pakistan sealed its borders with Iran and Afghanistan for two weeks.

Virologists have been struggling to invent a vaccine to treat COVID-19 and biologists have compiled various public safety documents to inform the public about symptoms and protective measures.

After a great delay, recently South Asian leaders too responded constructively to the pandemic. With the region’s inadequate healthcare infrastructure, low hygiene standards, and a dense population, governments have initiated practical measures to control the spread of COVID-19 after experiencing an increase in cases.

On Sunday, the leadership of the South Asian Association for Regional Cooperation (SAARC) held a video conference to chalk out a joint strategy against the novel coronavirus. Since 2016, SAARC has been practically dysfunctional, but the recent video conference is a positive initiative to evolve a common approach.

Pakistan expressed its willingness to work for the common cause provided by the SAARC Secretariat based in Kathmandu, Nepal, to lead the regional fight against the coronavirus instead of India. The activation of the secretariat would facilitate real-time dissemination of information; allow the distribution of medical supplies and relief efforts to proceed unimpeded.

Read more: US or China? Who handled Coronavirus better?

On Friday, the government of Pakistan announced drastic measures to prevent the spread of the disease. Two of its neighboring states– China and Iran– are worst hit. It announced the sealing of borders with Iran and Afghanistan, restricting international flights, closing educational institutions, and prohibiting mass public events.

In his address to the nation on Tuesday evening, Prime Minister Imran Khan admitted his economic program would be sliding backward. But perhaps the most alarming thing is that people in Pakistan are losing trust in health facilities provided by the government. The drastic increase in confirmed patients has impacted parliamentarians as well, with chairman of the Senate Standing Committee on Interior asking the government to hand over the screening and treatment of affected people to the Army Medical Corps.

On March 13, civilian and military leaders attended the National Security Committee chaired by PM Khan. The Pakistan army has also established testing labs at all major military hospitals and General Bajwa directed commanders during the Corps Commanders’ Conference to assist the civil administration to tackle any problems.

Meanwhile, Pakistani traders are badly affected due to the sealing of borders with Afghanistan and Iran. This may create food, medicine, and other basic shortages in landlocked Afghanistan. Therefore, the government needs to revisit its border shutting policy.

The practical option is that the government improve screening at the borders instead of the complete suspension of trade. Otherwise, many Pakistani traders will be bankrupt and local workers will be unemployed. Moreover, the sealing of the border for two weeks will encourage smuggling, which will be without any fumigation of goods, vehicles and the screening of drivers.

The spread of COVID-19 could cause destabilizing panic in Pakistani society due to the country’s weak emergency response systems. In such a situation, fear and panic could trigger unrest in society and the government needs to prepare for the event of a potential law and order crisis, especially at designated hospitals. Apart from the medical emergency, the government needs to prepare to cope with the probable disruption of the food supply chain in coming days. It must avoid closing markets or there will be a huge problem of looting and crime.

It has also been reported in international media that sales of guns and ammunition increased across the US as fears of possible social unrest prompted some Americans to equip themselves with firearms.

A similar situation cannot be ruled out in other countries.

Sectarian, xenophobic and racist violence could erupt against the Shia community in various parts of the country, who many people in Pakistan hold accountable for the coronavirus spread as Shia pilgrims from Iran returned home. The political leadership and law enforcement agencies must be ready to act proactively in case such a situation arises.

Developments during the last two decades signify the vitality of biosecurity. Anthrax attacks in fall 2001, the SARS contagion in 2002-2003, Influenza A virus epidemic of 2006 (avian influenza), 2007 equine influenza, the swine flu pandemic of 2009 and current COVID-19 necessitate that governments invest in biosecurity discipline and cooperate for the sake of human security at the regional and international level.

Read more: How can Pakistan use the Coronavirus pandemic for its benefit?

South Asians countries, like many other developing nations, are unable to fully grasp these biosecurity challenges where knee-jerk reactions simply won’t do. Instead, for the sake of public health and security, the South Asian leadership must cooperate among themselves. Regional and international cooperation at this point is imperative for controlling the spread of the deadly virus.

Dr. Zafar Nawaz Jaspal is Associate Professor, School of Politics and International Relations, Quaid-i-Azam University, Islamabad. He is also an advisor on Non-Proliferation to SASSI, London and a course coordinator at Foreign Services Academy for the Pakistan Ministry of Foreign Affairs. Email: jaspal_99@hotmail.com. This piece was first published in Arab News Pakistan Edition. It has been republished with permission. The views expressed in this article are the author’s own and do not necessarily reflect Global Village Space’s editorial policy.

The Game of Kings at Shandur

The world is sceptical about the alleged Russian “COVID vaccine”

Paralysed for life but determined to make it big; inspirational story of Ajmal Victor Samuel