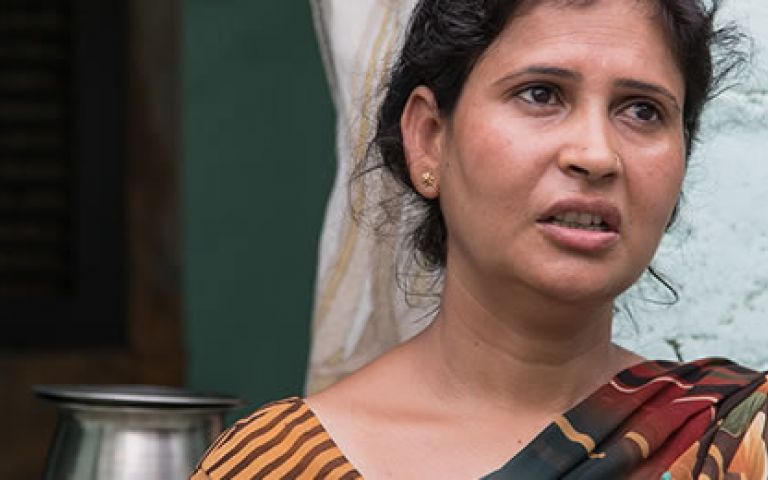 Mirror, mirror on the wall; who is the fairest of them all? The one with the palest skin, of course. Or that’s the idea behind India’s multibillion-dollar skin lightening industry, with a host of ‘fairness’ products appearing to offer dark-skinned Indians a lighter, fairer, better version of themselves. Now the industry has come under fire after a popular Bollywood actor lashed out at India’s obsession with fair skin and highlighted a persistent bias against darker faces.

“You have to stop buying into the idea that a particular shade is better than others,” Abhay Deol, an actor known for playing offbeat roles, said on his Facebook page this month. Deol lambasted his Bollywood peers – including Shah Rukh Khan, John Abraham, Shahid Kapur, and Deepika Padukone – for endorsing the so-called fairness brands and urged them to stop using their popularity to peddle products he called racist.

“(These) campaigns are blatantly, and sometimes subtly, selling you the idea that whiter skin is better than darker skin,” said Deol.

The controversy around ‘fairness’ products has raged for decades, with darker skin shades variously described as “dusky” and “wheatish”, and lighter tones sold as more attractive. The market – which includes creams, face washes, deodorants, even a vaginal whitener – is estimated to be worth about 270 billion rupees ($4 billion) and is growing at a steady clip.

The World Health Organization banned the active ingredients – hydroquinone and mercury – from unregulated skin products. Research firm Centre for Science and Environment said in a 2014 study that nearly half the creams it tested in India contained mercury, which is “completely illegal and unlawful”. A spokeswoman for Hindustan Unilever declined to comment on the controversy.

Caste at the root of racism

Advertising campaigns for various brands have typically depicted women – and increasingly men – as winning better jobs and partners, thanks to the fairness creams.

Some activists link the bias to an entrenched caste system, where higher caste Brahmins generally have lighter skin. In a country where arranged marriages are still the norm, matrimonial ads consistently describe a woman’s complexion, and dark-skinned women often pay a higher dowry, activists say.

Bullying and taunting of dark-skinned girls and women are common, while dark-skinned actors complain of fewer roles. Advertising campaigns for various brands have typically depicted women – and increasingly men – as winning better jobs and partners, thanks to the fairness creams.

But Kiran Khalap, co-founder of brand consultancy Chlorophyll in Mumbai, said the adverts were not to blame. “Our obsession with fair skin didn’t come from HUL or Emami: it’s a deep-seated cultural bias that equates being fair with being superior,” he told the Thomson Reuters Foundation.

“When a demand for a product exists, a manufacturer will cater to that demand. And people will buy that product, even without a Shah Rukh or a John Abraham telling them to buy.”

Read more: Of Men & Women: He does not love you if he does not respect you…!

Advocacy group Women of Worth launched a ‘Dark is Beautiful’ campaign in 2009 with the tagline ‘Stay unfair, stay beautiful,’ to fight the “toxic belief that a person’s worth is measured by the fairness of their skin”.

Nor is India alone in buying into the ‘fairness’ dream. Similar products are on sale in Southeast Asia, the Middle East and in parts of Africa, although India, with its population of 1.3 billion people, is a prized consumer market.

Ivory Coast and Ghana have banned cosmetics containing hydroquinone, which critics say can cause cancer. A similar ban exists in Japan, South Africa, and the European Union. Nivea recently pulled an ad in the Middle East with the tagline ‘White is Purity’ after it was slammed as racist.

Advocacy group Women of Worth launched a ‘Dark is Beautiful’ campaign in 2009 with the tagline ‘Stay unfair, stay beautiful,’ to fight the “toxic belief that a person’s worth is measured by the fairness of their skin”.

Members of India’s upper house have called for a ban on advertisements for fairness products. There has also been legal action. A Delhi consumer court said in 2015 said Emami’s advertisements for Fair and Handsome were a misrepresentation of the product’s effectiveness. Emami has appealed the verdict. A spokeswoman for the company declined to comment. Just last week, Times of India, the country’s biggest English-language daily, ran a message about its popular matrimonial ads.

“Don’t you think it’s unfair to ask a girl to be fair and beautiful?” the message read. “Henceforth, we hope that matrimonial ads will inspire people to choose girls based on their education rather than only their looks.”

But filmmaker Ram Subramanian wants action, not words, and his video on the topic has been viewed almost 3 million times. “Once upon a time slavery was acceptable, the caste system was acceptable, until someone said they were not,” he said. “I want the government to ban these products because they cause so much damage,” he added.

Previous articleThe specter of civil-military tensions is stirring, yet again…?
Next articleChina’s ‘soft’ imperialism: Will Pakistan gain nothing from CPEC?

20 September 2021
Previous articleThe specter of civil-military tensions is stirring, yet again…?
Next articleChina’s ‘soft’ imperialism: Will Pakistan gain nothing from CPEC?

Is CPEC a chess piece in Great Power Rivalry?

Hundreds go on rampage against ‘Padmaavat’