Why did Army chief call to revisit the madrassa education system? 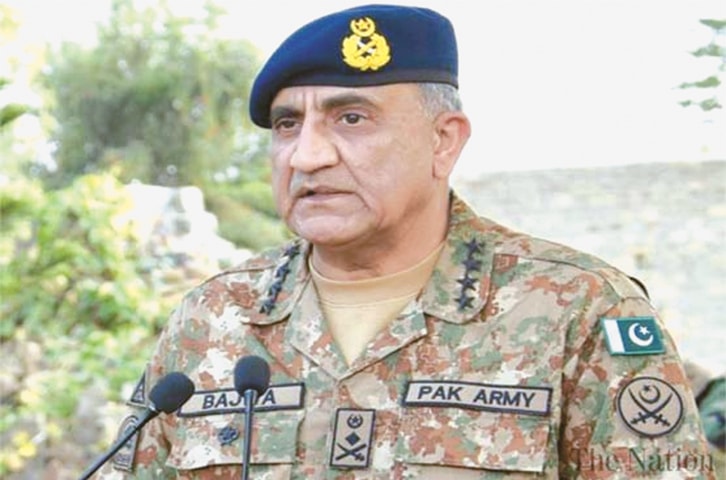 Chief of Army Staff General (COAS) Qamar Javed Bajwa has lashed out at the madrassas for primarily teaching only the Islamic ideology. In an unusual move, he criticized the role of mushrooming the madrassas and underlined the utmost need to revisit the religious school concept.

While addressing the youth conference in Baluchistan’s capital Quetta, Bajwa said: “I am not against madrassas, but we have lost the essence of madrassas”. He told the conference that there are approximately 2.5 million students that were being taught in madrassas belonging to the Deobandi school of thought (which is a Sunni Muslim sub-sect).

Speaking on the plight of education in the country, Bajwa said poor education was holding back the nation of 207 million people, particularly those being taught in madrassas.

The Army Chief’s open talk and admission of this being a thorny issue in Pakistan is crucial, but the concrete efforts to bring these poor madrassas students to the mainstream are needed.

In a scathing attack on the hardliners, he said teachings primarily focusing on religious theology will either produce Maulvis or the terrorists. It is impossible to create so any mosques to recruit these theological students. He enquired “most of them are just teaching theology. So what are their chances? What is their future in this country?”

Read more: 24% Increase in Sindh’s education budget; what will it achieve?

Pakistan is a predominantly Muslim country (96.4%) has 85-90% Sunni and 10-15% Shia communities. Since, the Zia era, Islamist hardliners have grown leaps and bounds in the country. The start of the war on terror further augmented the problem, and now the state has approximately more than 20,000 registered and many more unregistered madrassas.

According to one estimate, in Pakistan 27 different curriculums have been taught in various educational institutes. The role of these madrassas has been controversial, and there have been relentless international and national calls to overhaul this system.

Former president Pervez Musharraf attempted to fix the issue but remained mostly unsuccessful. Madrassa education is deemed inadequate and fails to prepare the students to face the modern world challenges.  And in some cases apparently, it has been the breeding ground for the terrorists, which has repressed and quashed the country’s image in the world.

Chief of Army Staff General (COAS) Qamar Javed Bajwa has lashed out at the madrassas for primarily teaching only the Islamic ideology.

Nevertheless, the across the country, intelligence agencies have closely monitored the prevailing situation and have performed numerous successful operations to expose and dismantle the tormentors behind this business of recruiting and radicalizing the underprivileged and poor children of this country in the name of religion.

Despite these efforts, the soaring population, which has a 2 percent growth rate, and the economic failure of the different regimes, has been unsuccessful in uprooting poverty. Contrary to the claims of the federal and provincial governments, increasing poverty levels have escalated the problem.

Madrassas are associated with radicalizing youths and feeding recruits to Islamist militant outfits that have killed tens of thousands of people in Pakistan since the start of the war on terror, after the 9/11 twin tower attacks in America.

The start of the war on terror further augmented the problem, and now the state has approximately more than 20,000 registered and many more unregistered madrassas.

The ongoing perils of these parallel systems of education are haunting the country. A new wave of terror in recent days has again heightened the call to deal with the problem vigorously. The Army Chief’s open talk and admission of this being a thorny issue in Pakistan is crucial, but the concrete efforts to bring these poor madrassas students to the mainstream are needed.

The ruling party in KP, Pakistan Tehrek-e-Insaf’s Chairman Imran Khan has recently formed a political alliance with Maulana Sami-ul-Haq. Despite severe criticism, Khan is adamant that this coalition is primarily an effort to focus on the plight of poor madrassa students who need modern education to equip them with necessary skills to explore better chances of employment.

Pakistani Madrassa teachings have been labeled entirely inappropriate for their allegedly Jihadist content and selective in creating and embedding an extreme mindset which unleashes indiscriminate bloodshed and excruciating pain to the victims and society in general.

This system of education primarily based on religion and being selective in picking and choosing the Islamic doctrines of choice to create and transform the Muslim minds needs urgent attention to bring Pakistan out of this quagmire of militancy and extremism.  COAS’s remarks are a welcome move which stresses on both federal and provincial governments to beef up their efforts to revamp madrassa education system to create more balanced minds equipped to take on modern-day challenges.

In Iraq’s Mosul, new statues rise from ashes of IS rule

Iran nuclear deal parties prepare for US return to accord