Why did PM Imran Khan not meet MQM-P leadership in Karachi?

Prime Minister Imran Khan went to Karachi but did not hold any meeting with the leadership of MQM-P. The senior leaders have persistently maintained that the PTI did not fulfil its promises. Will MQM-P remain a part of the government? 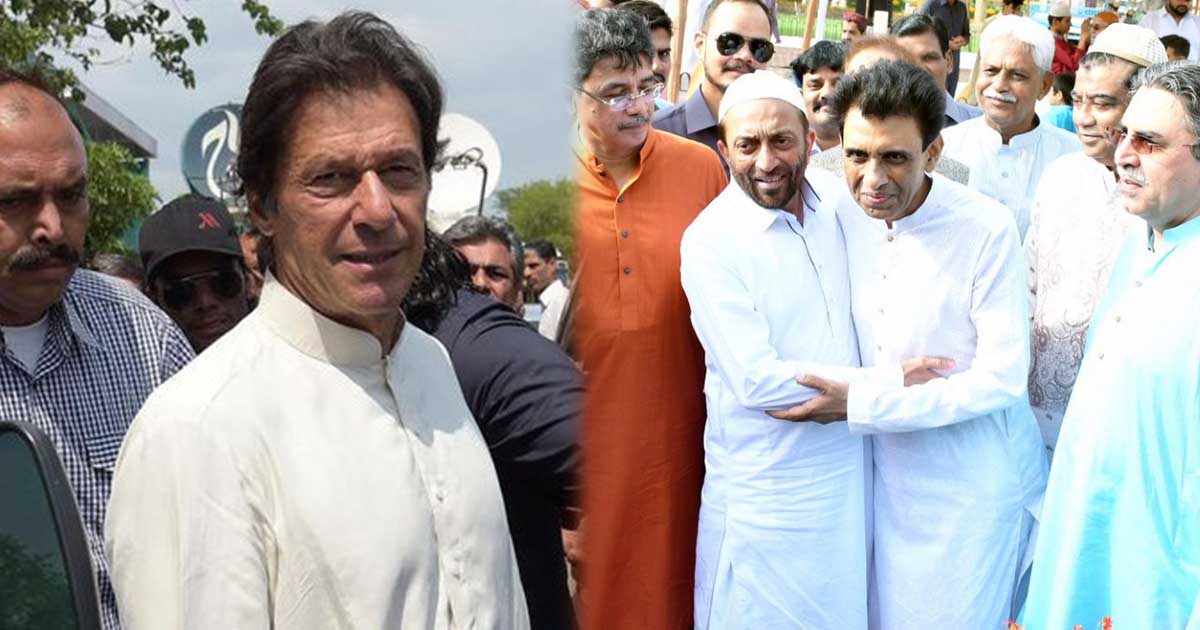 Muttahida Qaumi Movement-Pakistan (MQM-P) Convener Dr. Khalid Maqbool Siddiqui on Tuesday said Prime Minister Imran Khan had left Karachi without meeting members of his party because the federal government has nothing to give to the financial hub of the country. There are reports that the MQM-P is likely to part ways with the ruling party in the future due to the latter’s inability to fulfil the promise it had made.

PM Imran arrived in Karachi early Monday. He met the Sindh chief minister, Grand Democratic Alliance leaders and members of the business community during the one-day visit. However, the premier didn’t have any interaction with the MQM-P.

Talking to reporters at Liaqatabad, Siddiqui said, “Prime Minister Imran Khan will meet the MQM-P leadership when he will have something for Karachi and its people.”

The MQM-P convener said his party could serve Karachiites without ministries in the federal or provincial governments. “Karachi contributes 95% of the total revenue in Sindh and 65% in the centre,” he said. “But the city is deprived of basic facilities.”

PTI is trying to save the alliance?

In a bid to save its alliance with MQM-P, the PTI-led government has reportedly shared its working on 44 development projects with an estimated cost of Rs119 billion for Karachi to its coalition partner.

Sources at the PM Secretariat said that there were delays in the execution as some of the projects taken up by the Centre were problematic in nature. The projects included the Greater Karachi Water Supply Scheme (K-IV) with a total revised cost of Rs 25.5 billion on a cost-sharing basis of 50:50 by the Centre and Sindh government. The planning commission identified major flaws in the project’s design and asked the province to accomplish the project within a stipulated time frame and cost.

Read more: MQM-P, a difficult ally, decides to back the PTI-led government in the Center

Now there are fears that the project cost has increased as the Sindh government is planning to revise the cost to Rs75 billion. The decision was taken after the inclusion of newly developed areas of the city and installation office megawatt electricity plant to ensure smooth water supply.

Notably, PTI’s chairman and Prime Minister Imran Khan recently directed a government committee to meet the MQM-P leadership to resolve their grievances after the Karachi-based party received an offer from the Pakistan Peoples Party (PPP) to join Sindh Government. Sources inside the government believe that MQM-P is building up pressure on the government to get maximum benefits. It is worth noting that besides other important offices, the Law Ministry is held by Farogh Naseem, a prominent leader of MQM-P.

“it is unfortunate that Prime Minister came to Karachi and announced Rs162 billion for Karachi but we didn’t even get Rs1billion from that Rs162billion,” senior MQM-P leader Amir Khan had told media on November 16

Shah Mehmood Qureshi, who came to MQM-P’s Bahadurabad office along with Sindh governor, assured Siddiqui that their concerns would soon be addressed. “They cooperated with us in difficult times and supported us,” Qureshi told reporters.

It is worth mentioning here that “it is unfortunate that Prime Minister came to Karachi and announced Rs162 billion for Karachi but we didn’t even get Rs1billion from that Rs162billion,” senior MQM-P leader Amir Khan had told media on November 16.

How should the government determine lawmakers’ salaries?

Under trial to exert pressure on Nawaz, alleges Maryam