Why did Sheikh Al Thani, Prime Minster of Qatar, resign?

Recently Qatar’s Emir announced to hold the general elections in order to make the system participatory and inclusive. However, Prime Minister Sheikh Al Thani has resigned from the post. What were his reasons for doing so? 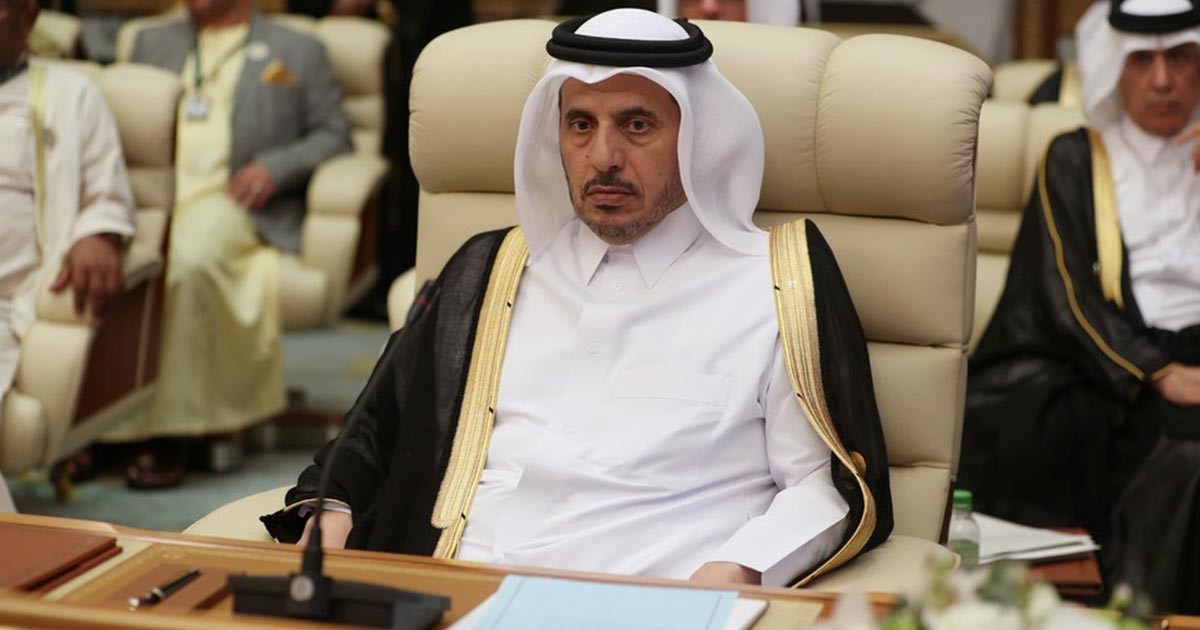 Sheikh Abdullah bin Nasser bin Khalifa Al Thani, Prime Minister of Qatar, resigned from his post. Qatar’s emir has appointed via decree a new prime minister, according to state media. Analysts believe that the move was expected and there exists no problem in the ruling family.

The new prime minister had been the head of the Amiri Diwan, the emir’s office. He worked in the gas industry and was educated in the United States before going on to work for Sheikh Tamim when he was the crown prince.

Sheikh Abdullah on Twitter thanked the emir for his guidance during his time as prime minister.

His Highness the Amir Sheikh Tamim bin Hamad al-Thani Tuesday thanked HE Sheikh Abdullah bin Nasser bin Khalifa al-Thani, former Prime Minister and Minister of Interior, for the sincere efforts he had made for the development of #Qatar over the years.https://t.co/A7h0scJDgU pic.twitter.com/Gy4jCUloYl— Gulf-Times (@GulfTimes_QATAR) January 28, 2020

It is worth noting that recently Qatari Emir Tamim bin Hamad Al Thani issued a decree for a higher committee to be established and prepare the first-ever elections to the Advisory Council, Qatari media reported on Wednesday. The decision has been taken after much delay. The Emir was expected to announce the date for long-awaited elections.

Analysts believe that should the process move forward, Qatar would become the first Gulf Arab monarchy to introduce legislative elections. The small gas-rich nation has faced a trade and political boycott from Arab states led by Saudi Arabia and the United Arab Emirates that has disrupted its trade and forced it to rethink alliances.

The date of the election has not been specified. The constitution of Qatar, adopted in 2003, stipulates that 30 members of the Shura Council be elected and 15 others appointed by the emir, yet so far all Qatari lawmakers have been appointees.

The Shura Council is mandated with adopting budgetary parameters, working out and discussing legislative initiatives, and monitoring the work of the ministerial cabinet. For bills to be passed into laws in Qatar, they need to be voted for by two-thirds of lawmakers and be approved by the emir.

It is important to note that Qatar’s Emir extended the influential Advisory Council’s term for another three years, effectively postponing legislative elections in 2016. Decree No. 30 of 2016 dismisses the 44th regular session of the council on July 18. This was the first time Sheikh Tamim bin Hamad Al Thani was making such a decision as Emir.

The move came shortly before a decree made in the last few hours of his father’s rule expired. In 2011, Sheikh Hamad bin Khalifa Al Thani pledged to hold legislative elections within two years.

However, in the summer of 2013, he yielded his leadership to Sheikh Tamim, and decided to extend the Advisory Council’s term in the midst of the power transition.

In Qatar, no laws can be enacted without first being discussed by the Advisory Council, one of the country’s two legislative wings.

As it stands, the Emir appoints the members of the council. But according to the constitution, 30 of the council’s members should be elected and 15 appointed.

However, public participation has been postponed for decades, according to legal experts. This has been based on the constitutional provision that “extending the council’s term is permitted if it is found to be in the public’s best interest.”

Pakistan-India standoff: The role of Israel, US and Beyond – Part-II