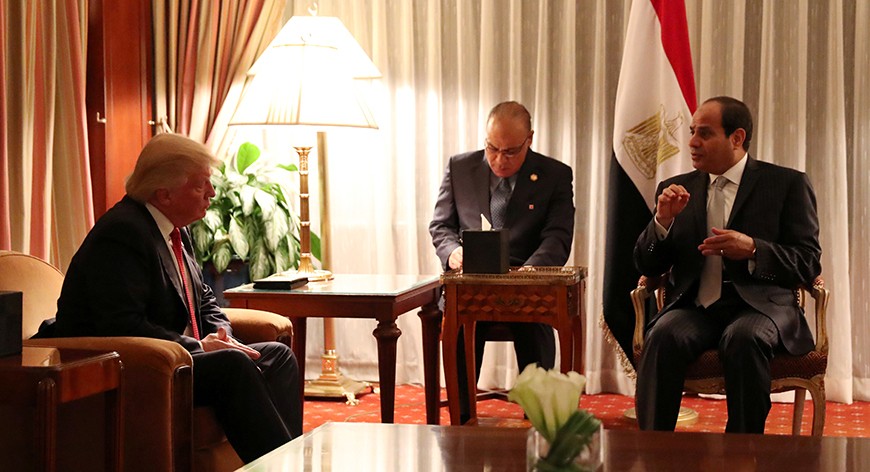 Egyptians received news of Donald Trump’s victory in the US presidential election with mixed reactions, ranging from celebration to disappointment and even outright despair. While President Abdel Fattah al-Sisi and his supporters welcomed the news of Trump becoming the 45th president of the United States, Egypt’s liberals and pro-democracy activists expressed shock and anguish on social media networks. The widely divergent views on the shocking election outcome reflect the increased polarization in Egyptian society, a society as divided as the American electorate itself. Sisi was among the first world leaders to congratulate Trump on his win. In a presidential statement released Nov. 10, he said, “Egypt hopes Trump’s presidency will breathe a new spirit into US-Egyptian relations.”
To read more about this story click on this link: Al-Monitor

Pakistan better than US at gun control

Washington DC to become the 51st state of the US