Why I voted for Trump and why I will do that again? 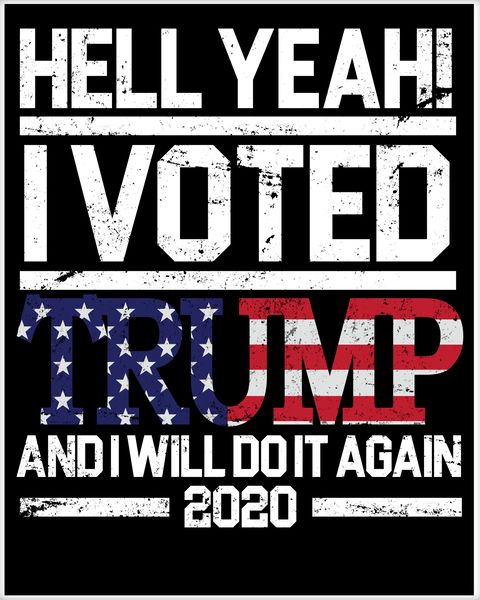 June 16th, 2015 was the day American politics changed forever. It all began with that infamous escalator ride in NYC at the Trump Tower. Like everything else to follow, it was an unorthodox way of announcing a candidate’s run for President of the United States. As I witnessed the subsequent reactions from the public and the general frustration people were feeling, I knew this country was fed up with the GOP as well as the Democrats and they wanted something different, an outsider, a new beginning. I am someone that always kept a finger on the heartbeat of American politics, and could I feel it. Almost instantly Conservatives and blue collar Democrats saw Trump as “their” guy, someone that didn’t just pay them lip service. The previous 8 years had been rough for most common sense people.

To be fair, a Trump presidency actually goes back much further than Obama. We had Clinton who while he thought he was helping the economy actually contributed to the housing market crash years later.

If you disagreed with Obama on policy no matter how strong and logical your argument was the left would often resort to name calling, their personal favorite was “racist”. They used this tactic because exactly how does anyone prove they aren’t racist? It’s nearly impossible unless you follow a person around for 24/7/365. They failed to realize the danger in this tactic. It started to devalue the word “racist” that is dangerous because racism does exist. This gave the Right a talking point, one that they now use regularly to point out the lack of argument. After seeing Black Life Matter protesters burning cars in the street and openly chanting for the death of cops, Americans had enough. Obama could never denounce that even after the deaths of innocent cops. The leaders of the BLM movement were actually invited to the White House. This disgusted many on all sides and why many feel he was the “Divider in Chief”.

To be fair, a Trump presidency actually goes back much further than Obama. We had Clinton who while he thought he was helping the economy actually contributed to the housing market crash years later. I’m not even going to discuss the impeachment. However, Bill became a player in this election with the major theme being hypocrisy. Every one called Trump sexist, but once again the right had a talking point. Bill Clinton, whose sexual desires have been headlines for years. It became about slinging the most mud, and Trump won this battle but he still hadn’t won the war. Next, comes George W. Bush. His legacy will always be 9/11 and the Iraq and Afghanistan wars. Which now most American’s feel like was a huge mistake. During the Bush era we became scared, even became willing to give up civil liberties in the name of National Security. Bush didn’t do anything to help the economy, just put us in debt with war. Trump was able to dare I say, “capitalize” on all these mistakes and offer simple solutions to these problems. Solutions middle-class Americans have been discussing around water coolers on Monday mornings for years…

The media covered Trump more than any other candidate thinking they were doing him a disservice, but in reality, they were making him King of Catchphrases.

Trump listened. Then he took it to the streets and became a rock star of politics. He pulled larger crowds than Beyoncé, Jay-Z, and Hillary. Let that sink in. Unfortunately, Democrats couldn’t find a way to counter Trump, he would hit back harder and stronger. This clearly carried over into the disastrous Hillary campaign. Which most political commentators willingly admit was lacking a clear message but was about being the third term for Obama with Hillary being the vehicle. No thank you. As much as Trump dislikes the media, deep down he knows they played a part in projecting him into the White House.

Read more:Growing hate for Russia in the U.S after Trump’s victory

He played it smartly

The media was being played at their own game and didn’t even realize it. This was a calculated move by Trump. The one thing Trump understands is the media, he’s often had a love/hate relationship throughout his time of being a real-estate mogul. He knows the power of the media and understands there’s no bad publicity. He lives for it. The media covered Trump more than any other candidate thinking they were doing him a disservice, but in reality, they were making him King of Catchphrases. Trump was making his brand, it was like a late night infomercial that people thought “I need that”. Then Trump captured something few politicians are able to do, a billionaire became relatable to the middle-class voter. Trump comes off as the guy who says what most are thinking and you could sit down and hold a conversation with him. That is powerful, no amount of money can buy that. The biggest tool Trump uses is setting people up to destroy themselves. Let me give a few examples. 1. Jim Comey. When I heard the news he fired Comey my first thought was “my God what has he done” I thought this would not end well. I’ve always said Comey has been hated by everyone in this country at some point. Conservatives hated him when he refused to file charges on Hillary and Democrats hated him when he reopened the investigation. It’s impressive to be disliked by both. After Comey testified in front of the committee Trump looked clean but guess who didn’t Hillary. He had to admit under oath there was an effort by Loretta Lynch to persuade Comey to refer to the investigation as a “matter”.

Trump has to do a few things, to secure a Trump 2020 victory. Keep “most” of his promises, keep the economy strong, create jobs and keep us safe. He will win by a landslide and I’ll write a new article called “Why Trump Won 2.0”.

This ignited Trump’s base once again, they felt vindicated. Right or wrong, they felt they had been right all along. Comey became a “bad cop” in the eyes of many. 2. The media. They have lost so much credibility in this country I’m not sure how they will recover. They truly have no one but themselves to blame. Some examples would be the hard-hitting journalistic piece such as “Is Trump Afraid of Stairs”, “Trump gets Two-Scoops of Ice Cream”, “Trump Eats his Steak with Ketchup”, “Trump ate Chocolate Cake with the President of China” and most recently “Melania and the Stilettos”. Do you see my point? The media has resorted to this, their hate for Trump has bypassed logical thinking. Not one logical person reads these stories and takes it seriously unless you absolutely hate Trump. Most people are logical and see this as ridiculous and petty. Giving Trump’s catchphrase of “Fake news” lots credibility. Trump has been doing what he campaigned on. That’s actually rare in American politics. Trump has to do a few things, to secure a Trump 2020 victory. Keep “most” of his promises, keep the economy strong, create jobs and keep us safe. He will win by a landslide and I’ll write a new article called “Why Trump Won 2.0”.

Kristin Ryan is a veteran of the United States Army and has a keen interest in politics and psychology.The views expressed in this article are the author’s own and do not necessarily reflect Global Village Space’s editorial policy.

Previous articleThe obsession with new things is burdening our brain
Next articlePakistan Is Uniting China, Russia, and Turkey against Trump’s Afghan strategy

17 September 2021
Previous articleThe obsession with new things is burdening our brain
Next articlePakistan Is Uniting China, Russia, and Turkey against Trump’s Afghan strategy