Why India-China standoff in Ladakh is a difficult challenge for Delhi?

India-China standoff in Ladakh is not going well for Indian strategic planners. It reminds them of the difficult Himalayan Blunder of 1962. Why despite India's strategic alignment with the United States situation is still so difficult for India? GVS examines. 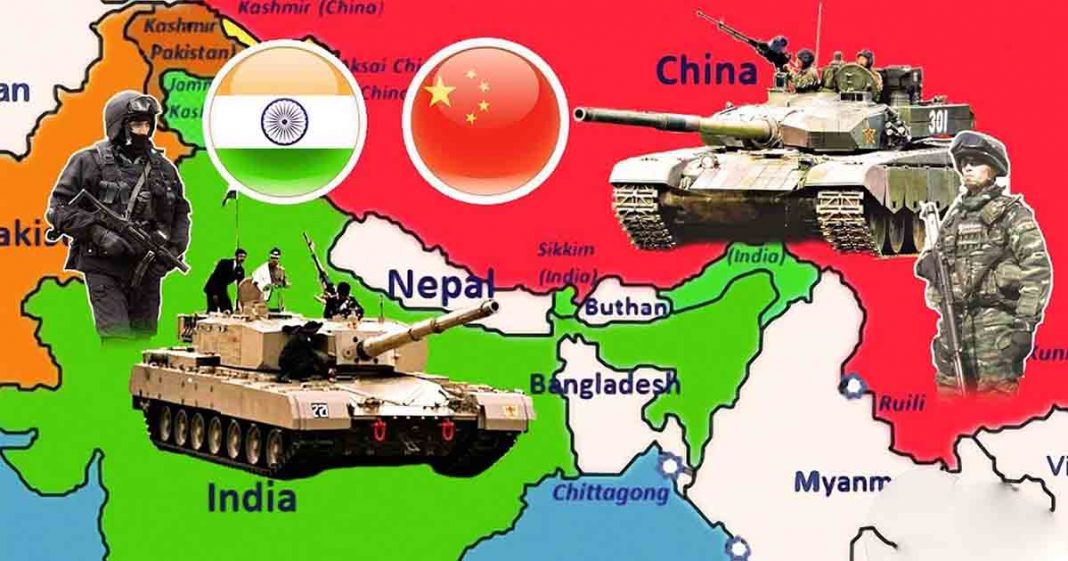 The ongoing India-China standoff in the Ladakh region has again exposed India’s military and strategic weaknesses. This is despite United States – and its western allies – attempting to strengthen Indian capabilities over the past two decades.

Goal of the western support was to build India to contain growing China. However, from the dynamics of this India-China standoff it appears that India is still no match to the Chinese military capability as this recent report published by the US think tank, Center for Security and International Studies (CSIS) shows. Here is a link:

What does China really spend on its military? CSIS Report

Background of India-China standoff in Ladakh

China-India relations had never fully recovered from a 1962 war in which Chinese troops seized territory from India on their Himalayan border. This border conflict turned into a full war that lead to serious defeat and humiliation for India – often remembered as the Himalayan Blunder in Indian strategic circles – borrowing from the title of book, “Himalayan Blunder” by Indian army officer, Brigadier John Dalvi, published in 1968.

However after the last serious clash between the two sides in Arunachal Pradesh in 1988, the then Indian PM Rajiv Gandhi met Chinese leader Deng Xiaoping, in Beijing and series of border management agreements took place between both sides in 1993, 1996 and 2005 and relative calm prevailed till the stand off in Doklam in 2017.

India-China Standoff in Ladakh, May 2020

Recently, the Indian and Chinese forces faced each other across the Line of Actual Control (LAC) which is 2,521-mile long border between five Indian states and Tibet. First serious border skirmishes happened on May 5, when more than 100 Indian and Chinese soldiers were injured in what has been described as fist fighting, hand to hand scuffles and use of sticks and rods. However no firearms were used.

While no clear explanation exists to this day as to what initiated this latest India-China standoff, but it’s widely believed that Chinese military is reacting to Indian build up of infrastructure in the border areas that involves new roads and air strips. Even the Ex-Indian foreign secretary, Nirupama Menon hints at this:

#IndiaChina Today, with our infrastructure reach slowly extending into areas along the LAC, Chinese threat perception is raised. Xi Jinping’s China is the proponent of a hard line on all matters of territory/sovereignty India is no less when it comes to these matters either. 6/8
— Nirupama Menon Rao, निरुपमा राउ, بینظیر (@NMenonRao) May 24, 2020

Reports in the Indian media claim that top Indian political leadership has told the Indian military commanders that India will not back off from its infrastructure development. However most independent analysts believe that given the strong reaction shown by Chinese military, India has no real option but to make territorial concessions. Reports in Indian media and comments from Indian strategic writers don’t look good for Indian military on ground.

Govt is downplaying Chinese intrusions into Ladakh. For the 1st time since Kargil, over 5,000 foreign soldiers are occupying territory that both sides acknowledge as Indian-controlled. The Chinese are consolidating in Galwan and the govt is just watching.https://t.co/7uj4yJHE9W
— Ajai Shukla (@ajaishukla) May 23, 2020

This 20 day Sino-Indian standoff has been analysed in a far reaching piece by Prof. Sumit Ganguly and Manjit Pardesi, two US based scholars of Indian origin in a far reaching article, “Why should we worry about China and India border skirmishes” published by the leading US publication, Foreign Policy.

Why We Should Worry About China and India’s Border Skirmishes

Indian origin scholars have argued that in 1988, when Gandhi and Deng met in Beijing then India and China were relatively comparable. Indian economy was then around US $ 297 billon versus China’s US $ 312 billion. Indian defence budget around US $ 10 billion was also comparable to Chinese spending of around US $11 billion. But since then, authors argue, while India has grown up economically, militarily and politically it has been left behind by China by a huge margin.

Ganguly and Pardesi argue that “the material balance of power between China and India has dramatically changed since then. At $13.6 trillion in 2018, China’s GDP is now more than five times India’s $2.7 trillion. Similarly, China spent $261.1 billion on defense expenditure in 2019, almost four times India’s total of $71.1 billion. While India has risen as an economy and a global power in the past three decades, its relative strength to China has in fact greatly declined”

Looking at the dynamics of current standoff, China has also heavily built-up infrastructure in Tibet to improve access to the Peoples Liberation Army (PLA). It has also fielded Type 15 light tanks designed for the mountainous regions.

China has developed its military power in a quantum leap vis-à-vis India in the twenty-first century. India possesses around 600 combat aircraft to China’s 1,700; it has only 14 submarines to the PLA Navy’s roughly 60; and it has 214 rocket artillery systems to China’s 1,550.

India is now unable to match China due to various reasons. India is not as cash rich and and therefore its gigantic budget of around US $71 billion pales into insignificance as compared to China’s defence spending of more than US $260 billion in 2018. Moreover, India’s defence acquisitions process is notoriously lazy, corrupt and politicised making things difficult. For instance it’s Rafael procurements, from France to bolster Indian Air Force (IAF) run decades behind schedule. After Pakistan Airforce (PAF) humbled Indian Airforce Modi had again complained that things would have been different if Rafael had bene timely inducted.

India also wants foreign arms producers to follow their “Made in India” idea which often complicates negotiations and results in costly delays and quality shortfalls.

Moreover, Indian Army consumes the lion’s share of defence budget and allocates it to fielding manpower-heavy World War II-style divisions, instead of funding modernization and expansion of the Navy and Air Force.

These problems are unlikely to be resolved in the near future. Therefore, it’s unrealistic for India to try to match China’s military power symmetrically.

Though India has significantly built up ground forces in the Himalayas in recent year, its assets on the border with China are siloed in their respective services and lack a unifying military headquarters to coordinate their activities in a crisis situation.

Currently, India’s strategy to relieve pressure on its Himalayan defenses is to threaten counterattacks into Chinese territory. Towards that end, India has prepositioned mechanised units that could theoretically launch offensives into Tibet in the event of a war. But though armor may be useful for supporting infantry forces in mountainous terrain, it won’t fare well spearheading an offensive.

That’s because the border’s mountainous geography creates and transforms possible routes of attack into parallel finger-like corridors, preventing force in one sector from reinforcing its neighbour. And mechanised forces advancing down those narrow avenues would be highly vulnerable to the precision-attack capabilities of the Chinese PLA, potentially resulting in Highway (or rather, mountain pass) of Death scenarios.

India’s underfunded air force officially is required to field 42 squadrons—but due to retirements of aging inventory and inadequate procurement of new aircraft, it will fall in strength to just 26 squadrons in the 2020s.

Unless there’s a radical change in funding and acquisition speed, the IAF will have to accept the reality that, in the unlikely event of a war with China, it will field fewer than 42 squadrons.

India does not own Electronic Warfare agency; whereas China has formed its own Strategic Support Force years earlier.

Washington certainly has high hopes of building India to contain China but the ongoing 20 days standoff once again reveals that Indo-US ambitions have a long way to go. Current standoff will in all likelihood end by more Indian concessions.