Kingdom of Saudi Arabia has tightened the rules for pilgrims and has made biometric verification necessary to enter KSA. Biometrics can be registered at local verification centres to avoid hassle at the airport. 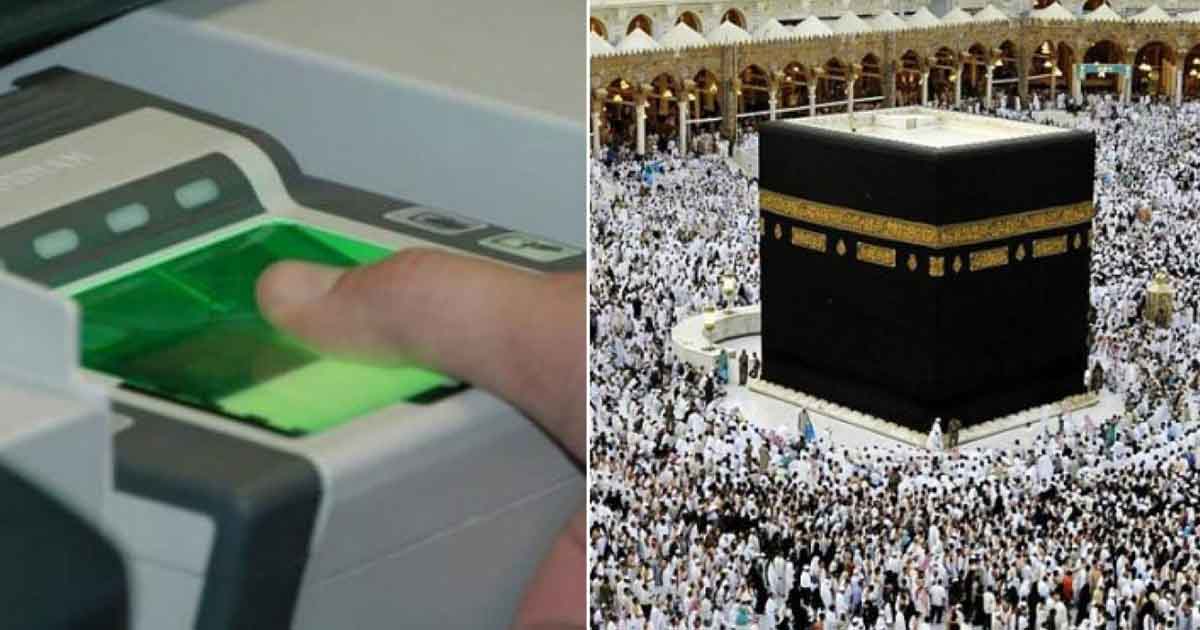 Saudi Ministry of Hajj & Umrah had issued a circular on Massar stating that pilgrims in countries with Biometric enrollment centers for Hajj & Umrah, such as Pakistan, must consider completing the mandatory biometric registration locally after obtaining Hajj or Umrah visa.

Registering biometric information before arriving at the entry ports of the Kingdom is recommended to save waiting time at the airports and to facilitate a smooth entrance to KSA.

Recently, The Kingdom reported that hundreds of visitors to the country were rejected entry and sent back from the airport due to not following the correct visa procedures. To avoid such unfortunate incidents, pilgrims must apply to the right category of visas through the travel agents registered with the country’s Hajj and Umrah Committees.

It is important to note that the newly introduced tourist e-visa CANNOT be used to enter the Kingdom of Saudi Arabia to perform Hajj or Umrah. It only allows tourists to attend concerts and sporting events happening in the Kingdom. Without the right visa and documentations, pilgrims will encounter fines and/or deportation to the home country.

Talking about the benefits to perform biometrics before traveling for Hajj or Umrah, the official said that it is mandatory to provide biometric information to enter the Kingdom of Saudi Arabia. Pilgrims face a risk of deportation if proper visa procedures are not followed. Once entire visa formality is completed including enrollment of biometric information, pilgrims can travel with peace of mind, fully focusing on the holy journey ahead of them.

An official said it takes about 10 minutes to register biometrics at the local visa service center with a pre-booked appointment, whereas the time spent at the airport upon arrival may be longer depending on the long queues at the airports.

Once the biometric collection is completed in the country of origin, pilgrims will only be required to clear customs and have their passports stamped at the immigration upon entering Saudi Arabia.

Biometrics in the country of origin is only collected by the visa service center authorized by the Ministry of Foreign Affairs, Kingdom of Saudi Arabia, using a secure and quick process that captures a facial image with a digital camera and a 10-digit fingerprint scan with a digital finger scanner.

Maaz A. Abbasi is an Account Executive at Bridge public Relations. The views expressed in this article are the author’s own and do not necessarily reflect the editorial policy of Global Village Space.

News Desk - 6 May 2021
Muhammad Ashraf Sehrai, 77, died inside a hospital in southern Jammu city, where he was in detention since July 2020. He was a prominent...

Copy our peace initiatives too along with our songs: Afridi schools Indian politician