Why is Kangana Ranaut refusing to sign the petition to protect Deepika? 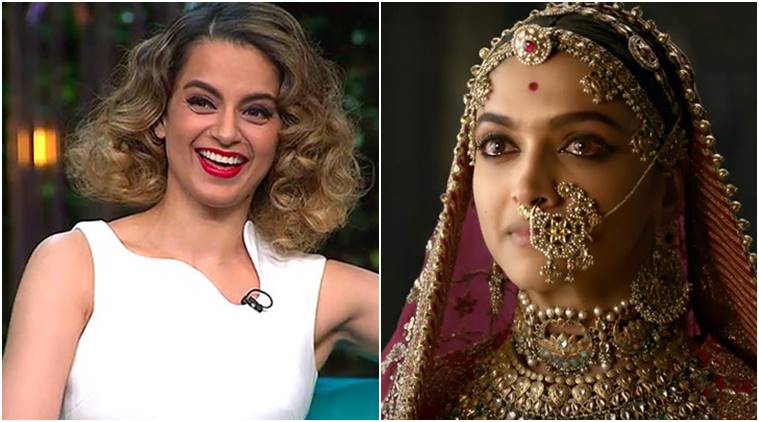 Bollywood’s most outspoken actress Kangana Ranaut has refused to sign the petition initiated for Deepika’s protection by Shabana Azmi. The petition asks the government to ensure the safety of Deepika Padukone after she received multiple death threats from protestors of ‘Padmavati’.

Kangana Ranaut has explained the reason for her refusal as well. She says, she does not have anything against the leading actress of ‘Padmavati’ but has disagreements with the initiator of the petition, Shabana Azmi.

The notorious actress revealed, “I was filming in Jodhpur when I got a call from a dear friend Anushka Sharma to sign the petition written by Shabana Azmi. I explained to her that Deepika has all my support but I am a bit wary of Shabana’s investment in left wing versus right wing politics.”

Kangana continued, “I have my own set of ideas and opinions about the current situation in our country. I am on the fence about many things and being a part of a feminist movement called ‘Deepika bachao‘ led by someone who character-assassinated me when I was bullied by influential men, seems to be one of them.”

“Anushka understood but I am glad they reached out to me. Like I said, Deepika has all my support. I am an individual perfectly capable of supporting who I like without anyone’s support,” stated Kangana.

She cleared the confusion that previously existed about her having a personal grudge against Deepika Padukone.

Ranaut has always rejected submissiveness whenever there came a need to defend her decisions. The strong-minded lady never compromises on her free will, even if it means standing alone.

For this reason, she certainly does not appeal to everyone in the Bollywood fraternity.

For a considerable time, she remained in the news for her controversies with Hrithik Roshan and Aditya Pancholi.

It was also rumoured that Ranaut had an exchange of unpleasant words with Karan Johar as well.

A passenger claiming to be FIA officer harasses bus hostess