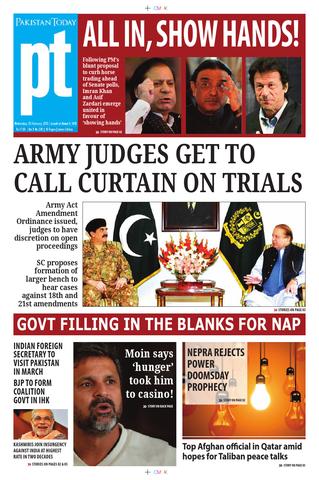 Pakistan’s nuclear program has always been facing internal and external opposition. The anti-nuclear lobby propagates that neither nuclear weapons are suitable for solidifying Pakistan’s defensive fence nor peaceful use of nuclear energy is beneficial for the people of Pakistan.

Moreover, a few non-governmental organizations funded by foreign governments are also directly and indirectly involved in convince both the Pakistani policy-makers as well as common man in the country that nuclear energy is not profitable.

They always highlight the negatives of the nuclear energy without realizing that nuclear program of Pakistan guarantees the sovereign defense of the country and is also having potential to contribute effectively in overcoming the prevalent power shortage in the country. Pakistan is in a great need of Energy Resources due to its expanding economy, growing urbanization, and efforts to address underdevelopment in rural areas.

The socio-economic trends of the Pakistani society also manifest that the energy demand would increase in the country on a steady basis in the foreseeable future. Hence, Islamabad needs to invest intelligently in the power generation sector to meet the current and future energy requirements of the state. In this context, nuclear energy seems very attractive because it is clean and sustainable. The outstanding feature of nuclear energy is that a pound (45 grams) of uranium is equivalent to 1,500 tons of coal, 255,000 gallons of fuel oil or 40,000,000 cubic feet of natural gas.

Today, Pakistan has a small nuclear power program. It is operating four nuclear power plants at 2 sites — Karachi and Chashma — with a combined generating capacity nearly 1040 MW. Nonetheless, it is determined to increase this substantially in the near future. For instance, Pakistan Atomic Energy Commission (PAEC) announced to increase the output up to 8800 MW by 2030.

C-III is a collaboration between the Pakistan Atomic Energy Commission and the China National Nuclear Corporationhttps://t.co/H80BW8TrHC pic.twitter.com/TJGfadOojP
— Dawn.com (@dawn_com) December 28, 2016

Practically, for boosting the nuclear energy-generating capacity, Islamabad requires external assistance. In this context, it has been receiving the assistance from China. With the Chinese assistance, PAEC is building three nuclear power plants, ie Chashma-IV, Karachi Nuclear Power Project Unit-2 (K-2) & Unit-3 (K-3). Prime Minister Nawaz Sharif did the ground-breaking of K-2 and K-3 on November 26, 2013. Islamabad decided to boost up its civilian nuclear program after recognizing the importance of the civilian nuclear energy to its burgeoning energy needs.

The encouraging factor is that Islamabad has not only constituted a nuclear energy plan, but it is also executing it sensibly and steadfastly. It planned and announced to construct a few new nuclear power plants with the assistance of nuclear supplier states.

Unfortunately, the nuclear supplier states, except China, are not willing to transfer nuclear reactor technology and nuclear material to Pakistan. In reality, Pakistan has always acted as a responsible member of the International Atomic Energy Agency (IAEA). It has refrained from misusing its nuclear facilities, which have been operating under the safeguards of the Agency for its nuclear weapons pursuit.

Importantly, New Delhi openly violated its commitment with the International Atomic Energy Agency (IAEA) in 1974 by diverting nuclear spent fuel from its CIRUS reactor to manufacture nuclear devices. The international community had ignored New Delhi’s defiance of the international norms and permitted it to import the nuclear technology and material from the nuclear nations in 2008.

Presently, the developed states, including Japan, signed agreements with India to assist the latter in boosting its nuclear programs power generation capacity. Conversely, these Nuclear Supplier States severely object Pakistan’s pursuit for peaceful use of nuclear energy, and also China’s assistance to Pakistan in the construction of Chashma and Karachi nuclear power plants for electricity generation.

The Government of Pakistan seems determined to resolve the electricity problem of the country. On the occasion of the inauguration of Chashma-III power plant, Premier Nawaz Sharif ensured his fullest support to PAEC for the building of new nuclear power plants. Certainly, with the amplest support of the Government, PAEC would be able to add 8800 MW of nuclear power in the national grid by 2030. However, a few people in the Ministry of Water and Power seem uncomfortable with the increasing capacity civil nuclear energy in the country.

Recently, it was reported that Ministry of Water and Power would revamp its energy production policy. It submitted a proposal to the Prime Minister to cap country’s nuclear power generation program. The timing of the proposal to halt nuclear power plants build-up is very critical because Pakistan has applied for the full membership of the Nuclear Supplier Group (NSG) in May 2016.

Since the formal application for the membership of NSG, Islamabad has been lobbying on the basis that it has ability and capability to operate full fuel cycle; its nuclear establishment has adopted a fool-proof nuclear safety and security apparatus to guard its nuclear facilities and personals; and above all the demand for the peaceful use of nuclear energy has gradually been increasing in Pakistan.

Indeed, the expression of lack of interest in the nuclear energy by Ministry of Water and Power is not a positive sign for the diplomats and intellectuals who have been struggling to convince the international community about the need of civil nuclear energy for Pakistan and its full membership of NSG. Moreover, such reports would undermine the development of nuclear power generation in the country. Hence, the government ought to act immediately to quash the impression that it is planning to curtail its nuclear power generation program.

Azad Jammu and Kashmir vs. Indian Occupied Kashmir: The difference