Why is Pakistan reconsidering its role in the Islamic Military Alliance 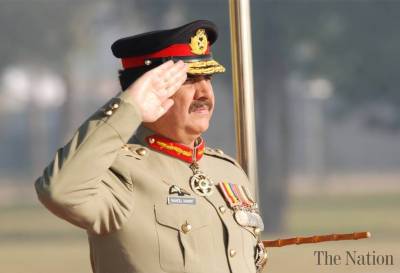 Reports are coming in that Pakistan is drawing red lines for its participation in Saudi-led IMAFT alliance after the US-Islamic summit. The US-Islamic summit gave the impression, mainly through President Donald Trump’s speech, that this alliance would be anti-Iran first and then anti-terrorism.

After the US-Islamic summit, cracks started appearing within the GCC as well, with Qatar’s Emir giving statements criticizing the assertion emphasized at the summit and in return Saudi Arabia banning Qatar’s Al-Jazeera channel.

Iran and then terrorism

At the moment Pakistan faces an obdurate India on the east and an antagonistic Kabul regime in the west. A third adversary right at the border is the last thing Pakistan wants at the moment.

Pakistan is one of the few countries in the world which has successfully crushed a full-fledged insurgency through effective counter-insurgency operations in recent past. Pakistani officials sought to be a part of the alliance as it was said to be anti-terrorism. Pakistan already imparts training to cadets of Gulf countries at its military institutions and was willing to contribute to regional peace and anti-terror efforts. It was for this reason that Gen Raheel Sharif was chosen as the Chief of IMAFT alliance as he had led a successful CT operation codenamed “Zarb-e-Azb” which flushed out TTP syndicate from FATA and thus improved security and, resultantly, the economic situation in Pakistan.

However post US-Islamic summit, it was felt among the Pakistani strategic circles that this alliance’s primary focus may not only be terrorism. Pakistan, in the past, has stated clearly that it would not become part of any alliance against Iran. Naysayers would argue that it is “policy of appeasement” towards Iran. But they are not looking at geopolitical dynamics from a Pakistani prism. Pakistan shares a 900km border with Iran. At the moment Pakistan faces an obdurate India on the east and an antagonistic Kabul regime in the west. A third adversary right at the border is the last thing Pakistan wants at the moment. Indeed, the issues of Kulbhushan Jadhav and Uzair Baloch are bones of contention and must be addressed. Iran is no angel, but declaring it an adversary in an overt manner is not in our interest.

Pakistan is in a position to act as an energy and trade corridor for GCC, Central Asia, Iran, and China.

Iran is an important regional actor which we engaged in recent past through ECO (Economic Cooperation Organization) platform which can be used to compound the effectiveness of SCO (Shanghai Cooperation Organization). After Pakistan and India join it as permanent members this year, SCO would include four regional nuclear powers (Pakistan, India, China, and Russia), elevating Pakistan’s regional clout and diplomatic stature among the comity of nations. Membership of SCO would enhance military-to-military partnership with Russian-led CSTO alliance and economic cooperation with the EuroAsian Economic Union (EEU). Russian ambassador to Pakistan had already stated that in the future CPEC would be integrated with EEU.

Moreover Gwadar port, the starting point of CPEC, is barely a 100km from the Iranian border. Pakistan is looking forward to being economically integrated with Euro-Asian region through CPEC and OBOR initiatives. Pakistan is in a position to act as an energy and trade corridor for GCC, Central Asia, Iran, and China. For the first time, Pakistan is about to fully utilize its tremendous geo-economic potential due to its geostrategic location as it is located at the crossroads of regions. Pakistan’s economic interests and future is tied to these aforementioned initiatives. The last thing Pakistan needs is to be embroiled in a zero-sum military confrontation (against regional state actors) which would be disastrous to the ambitious initiatives we are part of.

Being a potential trade and energy corridor, such an astute diplomacy is indispensable to our interests in the region and beyond.

According to Pakistan’s Foreign Office, the TOR’s (Terms of Reference) of the alliance are yet to be finalized and any final decision about the alliance has not been made yet. Pakistan needs robust bilateral defense and security relations with Saudi Arabia and needs to contribute to the counter-terrorism efforts of the alliance. Pakistan already has maintained all along that it would act militarily against any state or a nonstate actor trying to violate Saudi territorial sovereignty. While at the same time, Pakistan needs to maintain a working relationship with Iran, for the purpose of securing its interests.

Pakistan, like any country, would pursue its economic, security, and strategic interests by resorting to “Bismarkian deft diplomacy” and engaging every important state actor in the region. Being a potential trade and energy corridor, such an astute diplomacy is indispensable to our interests in the region and beyond.

Saad Yousaf holds a BA Honors degree from York University, Toronto. His interests include International Relations and Diplomacy. The views presented in this article are the author’s own and do not necessarily reflect Global Village Space’s editorial policy.

Previous articleCorruption in the guise of development funds: Any accountability?
Next articleIslamic Military Alliance: Has Raheel Sharif become a vassal for the House of Saud?

18 September 2021
Previous articleCorruption in the guise of development funds: Any accountability?
Next articleIslamic Military Alliance: Has Raheel Sharif become a vassal for the House of Saud?

Saudi Arabia gets a friend in need, Russia

Japan to be a mediator between Iran and US