Why Modi does not want Peace in Afghanistan?

Indian government efforts for peace in Afghanistan are not sincere in any form, writes the author. He analyzes how previously Rajiv Gandhi's government abandoned Afghan president in hour of need and Modi is likely to do the same with the recent president. 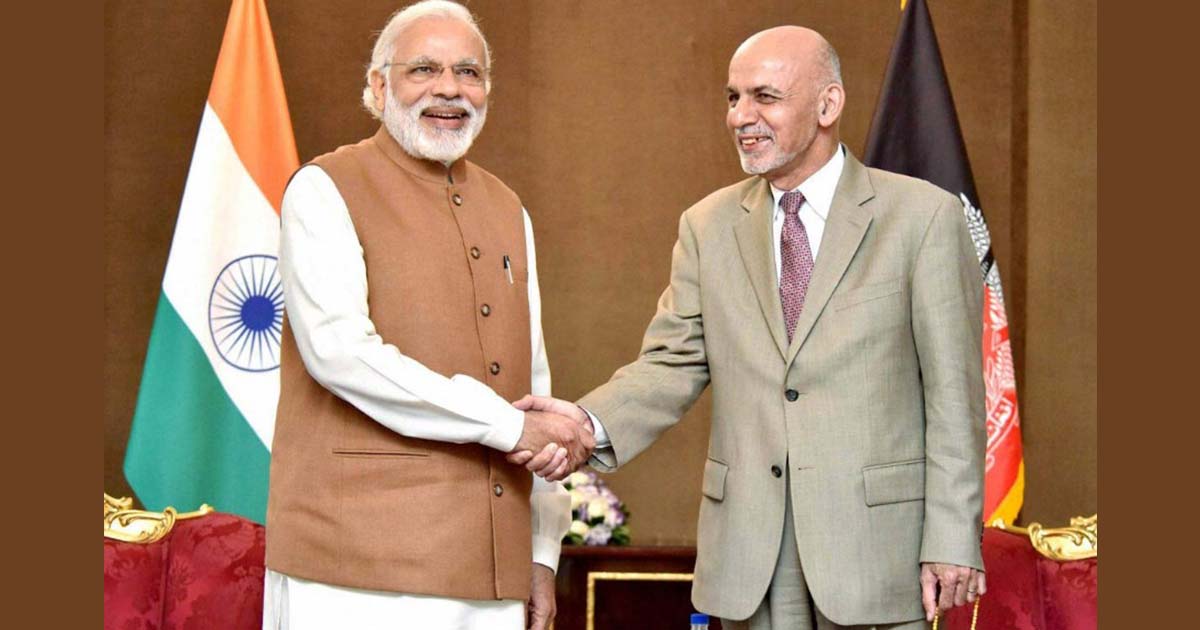 The Modi government’s approach to the transition in Afghanistan bears an uncanny resemblance to the situation thirty years ago, in end-1989.

A great power that intervened in Afghanistan was retreating after a bloody conflict that lasted a decade and was washing its hands off its client state; the puppet regime in Kabul was hanging over the abyss; anarchy was let loose in the country; the enemy was at the gates. With an eye on Pakistan, Delhi considered it a matter of realpolitik to offer a lifeline to the Najibullah regime.

That was the context in which then PM Rajiv Gandhi made his famous phone call to the beleaguered Afghan President Najibullah, inviting him to visit India.

In a strikingly similar context, PM Modi made a phone call on December 24 to the incumbent Afghan President Ashraf Ghani to come to India, his ‘second home’.

We note the release of preliminary results and thank the IEC commissioners and staff for their dedicated, patriotic service to the Afghan people and the Islamic Republic

Of course, Najib was delighted. The Afghans assumed that Delhi was stepping in to fill the void that the Soviets were leaving behind. The ruling elite in Kabul assessed that Delhi was determined to prevent the regime’s fall lest it led to takeover by Pakistan-friendly forces.

However, as it happened, the story ended in a way no one had foreseen. Delhi had no intentions to bankroll Najib’s government. Simply put, the thought had never occurred to the Indian leadership, which was grappling with a crisis in the economy (as at present.)

The Afghans understood eventually that Delhi was merely grandstanding and lacked the resources to finance a regime in Kabul, howsoever friendly it might be.

The bitter truth dawned on Najib when he ran out of money to pay the salary for the Uzbeki militia guarding Kabul city and his entreaties to Delhi to help out with a loan fell on deaf ears.

In turn, Delhi’s indifference triggered the defection of the irate Uzbeki warlord Rashid Dostum who struck a Faustian deal with Ahmed Shah Massoud to overthrow Najib’s regime. The rest is history.

Ghani’s jubilation over Modi’s phone call may or may not end tragically. But it cannot have a happy ending. Such fateful phone calls should not be made impulsively.

There was conceivably no reason for the Indian establishment to go overboard at this premature stage when it seems likely that there might even be a runoff election for the presidency in Afghanistan. (here, here, here  & here.)

Ghani’s ‘victory’ is surreal, to say the least — and Modi’s phone call offering a ‘second home’ etc. even more so. In a country of 35 million people, with less than 5 percent voting, Ghani polled 9.3 lakhs votes and claims a majority of 11000 votes!

It is incomprehensible why Delhi should get so excited. Even Ghani’s original mentors, the Americans, exercise restraint, although Washington is a stakeholder. The US ambassador in Kabul John Bass tweeted on Dec, 22:

“We note the release of preliminary results and thank the IEC commissioners and staff for their dedicated, patriotic service to the Afghan people and the Islamic Republic.

“It’s important for all Afghans to remember: these results are preliminary. Many steps remain before final election results are certified, to ensure the Afghan people have confidence in the results.”

“We support the vital work of the @ECCAfghanistan in adjudicating complaints before a final result is certified.”

The Indian readout of Modi’s phone call to Ghani was silent on his ‘second home’ offer. But Ghani played it up. The big question is whether Modi really meant that offer

As in 1989, an Afghan settlement is being worked out by the international community, and as at that time 30 years ago, India has been excluded from the negotiations.

The US, China, Russia and Pakistan are in the driving seat. A peace agreement is all but ready for signature.

In appreciation of Islamabad’s help to negotiate the peace agreement, Washington announced on December 23 — soon after the famous 2+2 US-Indian meeting of foreign and defence ministers — that the US is allowing Pakistan to rejoin a military training program following a two-year suspension.

The USG-funded RFERL commented that the decision “reflects an easing of previously tense relations between the two countries following Imran Khan’s rise.”

Indeed, on December 24, the Russian Presidential envoy Zamir Kabulov revealed that Moscow has been invited to the signing ceremony of the Afghan peace agreement, which can be expected in the New Year. Russia is urging that the agreement be signed expeditiously.

Meanwhile, Washington is looking beyond the Ghani era. The Assistant Secretary of State Alice Wells signaled in a tweet on Dec. 22 that the Trump administration is focusing on the Afghan peace process rather than be fixated about Ghani’s future:

“We urge @ECCAfghanistan to adjudicate any complaints in a professional and transparent manner.”

“Recognizing that a majority of Afghans were not able to vote, the eventual winner, whoever that is, must take early and concrete steps to ensure the country’s rich diversity is well reflected in its leadership and its negotiating team.”

Clearly, Washington regards the Afghan government under Ghani as not representative enough.

Delhi’s excitement over Ghani’s ‘victory’ can only be seen as a put-on show to cover up the profound embarrassment of the Indian security czars who are inebriated by the ‘great game’ that India has been shunted out to the dog house.

The Indian readout of Modi’s phone call to Ghani was silent on his ‘second home’ offer. But Ghani played it up. The big question is whether Modi really meant that offer. Arguably, such an offer would go against the spirit of the Citizenship Amendment Act.

Women politicians in Pakistan have to deal with severe sexual harassment: Reham Khan

PTI vs PML-N : Round two to kick-off soon.

Why Nawaz Sharif’s foreign policy is a complete disaster?