Hajra Waqas talks about how Indo-pacific region is emerging as an important trade point for the West and Asia and how Suez Canal is fundamental to the West’s commitment to a free, secure and prosperous Indo-Pacific. She further highlights the significance of changing relations between the US and Egypt. 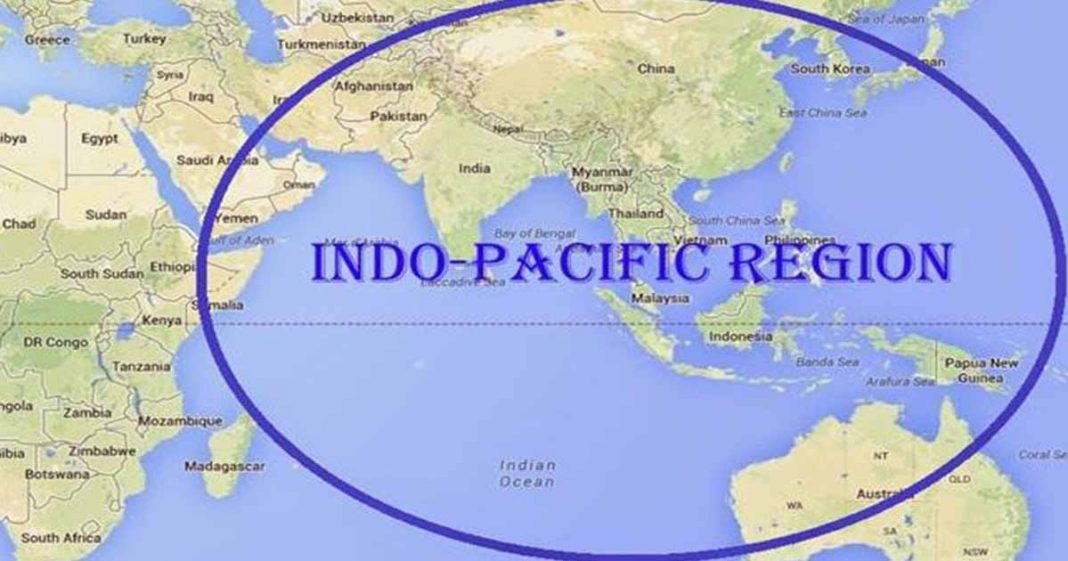 The Indo-Pacific region is emerging as a new economic system that is focused on the free and reliable flow of trade between the West and Asia. In the recent past, we have seen the unfolding of the Suez Canal Saga, where the Ever Given vessel lingered in the narrow side of the canal for six days, damaging global trade in a time of crucial economic crisis due to Covid-19.

Like the Straits of Malacca, the Suez Canal is a strategic chokepoint that manages 12% of global trade, 10% of the world’s oil, and 8% of the LNG flows. This Incident sparked the debate of what could happen if something like this occurs in Asia resulting in the closing down of strategic straits. This also highlights the need on the part of the West to take into account. Sabotaging the Suez as a linchpin of global trade can only result in greater power competition with China.

Suez Canal: an asset for Indo-pacific?

The policymakers behind the “Indo-Pacific strategy” of the US and European Union need to take into consideration the centrality of the Suez Canal. One of the former NSA John Bolton asserts that “this (Suez canal) Is not merely about geography, but also about today’s broader political risk to global trade, ranging from one errant ship to confronting China’s enormous political, military and economic challenge.” Due to this, the incorporation of the canal into strategies towards the Indo-Pacific region is crucial for the USA to avoid competition.

Other than having commercial significance, The canal is a geo-strategic stronghold to the U.S military’s plan of action in the Mediterranean Sea, the Red Sea, and the Arabian Gulf. Due to this military cooperation with Egypt, the US gets preferential treatment. With the emerging inclusion of the Indo-pacific region in the strategies of the Western countries and the extensive US-EU alignment on deterring China’s rise, the Suez canal has the potential to play the main role in the movement of the American and European naval vessels from the Mediterranean Sea into the Indo-Pacific theatre.

Egypt is one of the eighteen non-NATO ally states. Whereas, since the end of the Cold War, Cairo is seen as an operator rather than regarded as a strategic partner that needs to be adjusted into geostrategic or geo-economic policies. This neglect has propelled Egypt to look towards China for its economic development goals. Beijing has considered the crucial role of the Suez canal and as a result of its foreign policy strategy of “March West”, China has started to engage with those countries that were neglected by the US-like most Middle Eastern countries.

In addition to this, Beijing is an investor in Cairo’s project “The Suez Canal Corridor Area Project,” whose goal is to modify the region into a logistical and industrial hub for neighboring markets of Europe, Africa, and the Middle East. This also portrays the fusion of Cairo’s Vision 2030 and Beijing’s Belt and Road Initiative (BRI).

Read more: The beginning of a new rivalry in Indo-Pacific region

There is a bipartisan consensus in the USA to counter the rise of China for which Security dialogues like Quad are central. Revolving around the Indo-Pacific emerging concept, the Suez Canal’s growing significance appears as an essential component of any global approach. Due to this very reason, The West should consider engaging Egypt and pursue its development goals to avoid letting China exploit it to further its power projection in the middle east region.

Changing dynamics between US and Egypt

Trade, security is some of the areas where the US and its allies can work with Egypt. In addition to that, US-Egypt Free Trade Agreement (FTA) if gets concluded can prove as a basis for the significant integration of Cairo into the US-led Indo-Pacific strategy.

A major paradigm Shift on the part of the US needs to be underway to alter the way of traditionally looking towards Egypt. Since 1978, the US has invested Egypt more than $80 billion in pursuit of military and economic aid and developed relations among them. However, under certain obligations towards Israel and its Qualitative Military Edge (QME), Egypt was denied access to procure such equipment as F-15 Eagle and F-35 US’s fifth-generation combat fighter for Cairo’s demands in the Mediterranean, North Africa, Red Sea, and Africa.

Read more: Why Russia warns India against the US’ Indo-Pacific plans

During the unrest in 2013, the US stopped the delivery of F-16 Falcons and other attacks weaponry and even withdrew “Operation Bright Star” military exercises that were held every two years in Egypt led by US forces. At the same time, Egypt was fighting an insurgency in the Northern Sinai.

Because of all these apprehensive acts by Washington, Cairo has pursued strategic autonomy and continues to shake hands with Russia, China, and Europe for arms supply and security partnerships. Resultantly, In a changing Global order, The United States should craft a more detailed and cohesive strategic and military proposal to Egypt that adjusts to Cairo’s needs and goals.

The author is currently working as a Research Trainee at VTT Global Pvt Limited. She can be reached at @iHajraa. The views expressed in the article are the author’s own and do not necessarily reflect the editorial policy of Global Village Space.

Previous articleIndia manipulating FATF through its defense purchases?
Next articleRise of Taliban: Afghanistan going back to square one?

25 September 2021
Previous articleIndia manipulating FATF through its defense purchases?
Next articleRise of Taliban: Afghanistan going back to square one?

Modi and Trump have their first call after his inauguration

Anti-Qatar media campaign in the Gulf: Cracks in the Islamic Military Alliance?

Egypt: seven years since the revolution