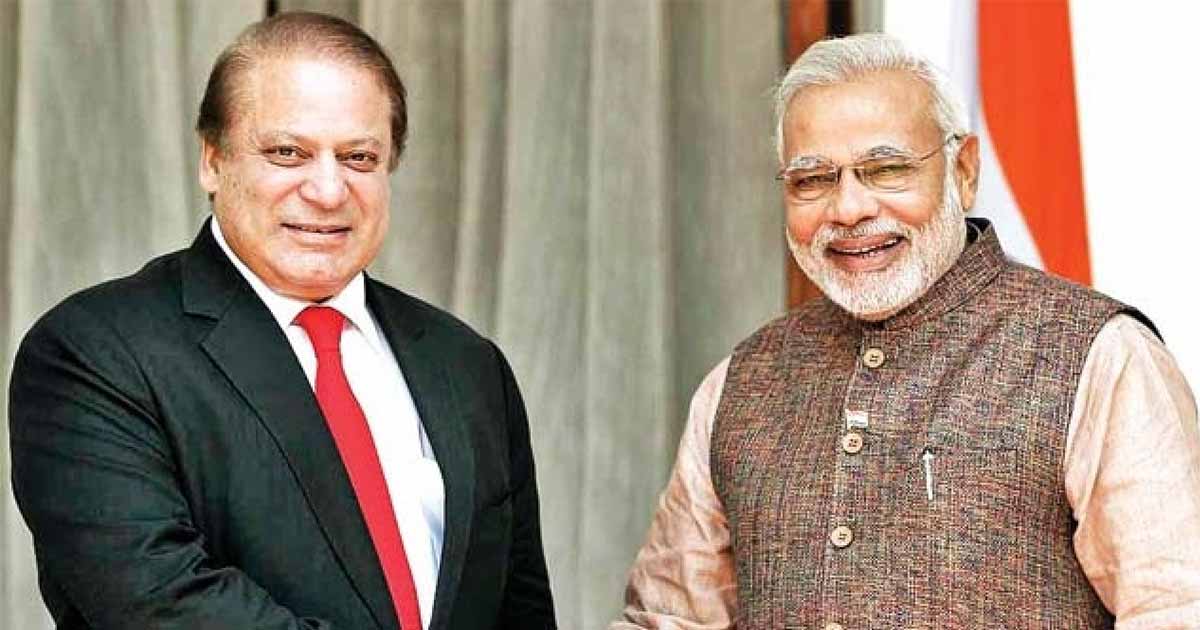 Nawaz Sharif, former prime minister of Pakistan and the supreme leader of Pakistan Muslim League-Nawaz (PML-N) has always been accused of facilitating Indian regime at the cost of Pakistan’s national interests. However, there have been no evidence or formal pronouncement to prove the same. In a latest development, former Foreign Office (FO) spokesperson Tasneem Aslam has said that former Nawaz Sharif, during his tenure as PM, had barred the FO from commenting against Indian atrocities in held Kashmir and its spy Commander Kulbhushan Jadhav.

“Nawaz Sharif did not want to say anything against India and Jadhav through the Foreign Office,” she said during an interview with a YouTube channel of journalist Essa Naqvi. When asked if Sharif’s instruction benefited the country, she said: “It did not benefit the country but I do not know whether it benefited his [Nawaz’s] own interests or not.”

Aslam worked as Foreign Office spokesperson twice — first from 2005 to 2007 during the regime of President Pervez Musharraf and then during the last Pakistan Muslim League-Nawaz (PML-N) government between 2013 and 2017.

Sharif had visited India in 2014 to attend the swearing-in ceremony of its Prime Minister-designate Narendra Modi.

Aslam said even in his speech at the United Nations summit Sharif did not talk about India and Jadhav but on the Kashmir issue.

When asked, PML-N information secretary Marriyum Aurangzeb said the comments by a retired FO official “bore no resemblance to reality”. “It is a false and biased expression of an individual’s views, based on her personal predilections,” she said.

The allegation levelled by a former senior FO official is a reminder for all the concerned analysts and experts in Pakistan to reframe all the development which took place during Nawaz’s tenure. It is worth noting that since the time Prime Minister Imran Khan took his oath as PM of Pakistan, the country has been able to garner unprecedented soft power. The premier has also exposed India on several occasions and explained how the RSS ideology has overshadowed India’s constitutional secularism.

Nawaz Sharif who was disqualified by the Supreme Court of Pakistan for not being honest and truthful is now serving seven years imprisonment for possessing assets beyond known sources. Nawaz Sharif has been three times prime minister of Pakistan but his critics allege that “Nawaz always came in power after signing a deal with the establishment” and Asghar Khan Case confirms such allegations. It has been now an established fact that Nawaz with the help of spy agencies toppled the government of Benazir Bhutto in 1990.

Read more: Nawaz Sharif’s anti-Pakistan interview and its cost: A snake in the grass?

Moreover, Nawaz’s political position became highly questionable when he made some ‘irresponsible’ and ‘controversial’ remarks on Mumbai attacks after his disqualification. In an exclusive interview to daily Dawn’s Cyril Almeida Sharif blamed Pakistan for ‘allowing’ terrorists to kill 150 people in Mumbai. “Militant organizations are active. Call them non-state actors, should we allow them to cross the border and kill 150 people in Mumbai? Explain it to me. Why can’t we complete the trial?” angry Nawaz asserted.

PM @ImranKhanPTI should hold a cabinet meeting and review Nawaz Sharif's statement on Mumbai Attacks in order to prosecute him under Article 6. This is a simple case of treason. This video is the ultimate proof that Nawaz has violated his oath and acted against his own country. pic.twitter.com/XfcRfR2n6u— Anwar Lodhi (@AnwarLodhi) February 21, 2019

Sharif was alluding to the 2008 Mumbai attacks when more than 150 people were killed and more than 300 were wounded. Indian media and authorities immediately blamed Pakistan for the brutal attack. Lashkar-e-Taiba, a banned terrorist organization, was held responsible for a series of 12 coordinated shooting and bombing attacks lasting four days across Mumbai. Pakistan agreed to cooperate with India in order to reach a logical conclusion of the case. But India kept on blaming Pakistan without sharing any intelligence based material with the authorities.

In the instant matter, it is yet to be seen whether the PML-N or Sharif family formally responds to these allegations or not. But analysts maintain that independent researchers and public intellectuals must look into the nature of the relationship between the Sharif family and Indian political establishment.

Why was Maulana Samiul Haq’s murdered?