The nuclear ban treaty is a utopian accomplishment. The NWS, including India and Pakistan, are modernizing their nuclear arsenals. The unrestrained vertical proliferation of nuclear weapons continues to trivialize efforts to free the world of lethal weapons. 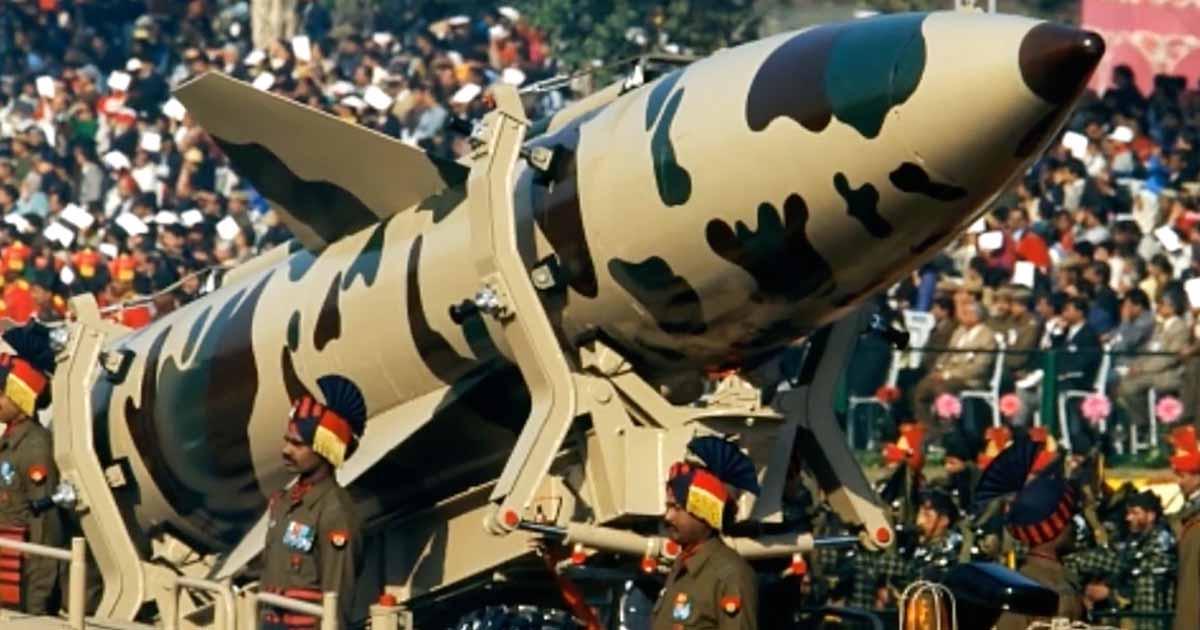 Last month, nuclear abolitionists celebrated as the Treaty on the Prohibition of Nuclear Weapons– commonly called the nuclear ban treaty– entered into force. Though the nuclear-armed states rejected it, they failed to stop it. The treaty is a critical milestone on the road to sensitizing the world about the catastrophic humanitarian consequences of the use of nuclear weapons.

The nuclear ban treaty was adopted by 122 United Nations member states on July 7, 2017, and came into effect on January 22, 2021. It aims to ‘comprehensively de-legitimize and stigmatize nuclear weapons. It attempts to outlaw the role of nuclear weapons, the practice of nuclear deterrence, and the planning for nuclear war. Its ratifying countries “never under any circumstances, develop, test, produce, manufacture, otherwise acquire, possess or stockpile nuclear weapons or other nuclear explosive devices.”

The International Campaign to Abolish Nuclear Weapons (ICAN) deserves praise for legislation against the weapons’ use. The Norwegian Nobel Committee awarded the Nobel Peace Prize for 2017 to the ICAN for its work toward achieving a treaty-based prohibition of nuclear weapons.

Indeed, the nuclear ban treaty is a hope against hope due to the termination of two principal nuclear arms control treaties. The United States’ withdrawal from the 1972 ABM Treaty in 2002 and the 1987 INF Treaty in 2019 were extreme jolts for the bilateral nuclear arms control arrangement between the Russians and Americans. These treaties’ demise unleashed colossal investment in the research and development of offensive and defensive weapons.

Deficiencies of the treaty

The treaty is grounded on the principle of nuclear disarmament. Interestingly, it de-legitimizes nuclear weapons without laying out any plan to decommission them. Moreover, it has not undermined the significance of these nuclear-weapons states (NWS) in their deterrence and compellence strategies, so their consensual rejection of the treaty denigrates it.

The treaty is binding under international law for all countries that are party to it. It does not call for any state to disarm unilaterally. Practically, the treaty will not eliminate a single nuclear weapon because neither the nuclear-weapon states nor their closest allies supported it. Without the involvement of nuclear-armed states, nuclear weapons’ elimination is wishful thinking.

The Americans succeeded in discouraging their allies from signing the nuclear ban treaty. It challenges the United States’ ‘positive security assurances’ to the non-nuclear-weapon states, such as Japan, South Korea, and NATO members. If they sign the treaty, they automatically lose the US extended nuclear deterrence commitments. The Trump administration wrote a letter to countries that signed it saying the treaty “turns back the clock on verification and disarmament” and would endanger the half-century-old Nuclear Nonproliferation Treaty (NPT) considered the cornerstone of nonproliferation efforts.

Like the nuclear ban treaty, the Nuclear Non-proliferation Treaty (NPT) is also a normative arrangement for promoting nuclear disarmament and preventing such weapons’ further spread. It was the first significant effort to limit the proliferation of nuclear weapons. Since it entered into force on March 5, 1970, it has kept alive an optimism that NWS would give up their nuclear weapons.

Although Article VI of the NPT urges declared NWS parties to the NPT (the P-5) to engage in disarmament, nothing could enforce this aspect. This article appears rather vague in its disarmament commitments. Because the NWS are required to undertake good-faith negotiations leading to the “cessation of the nuclear arms race at an early date and to nuclear disarmament.” Paradoxically, the NWS always reiterate their commitment to Article-VI of the Treaty. However, they do not give any time frame for nuclear disarmament. Consequently, the NPT failed to accomplish its primary objective, i.e., nuclear disarmament.

Since the 2019 Pulwama military standoff, the very real risk of nuclear weapons use in this region increased. The nuclear ban treaty may not directly hinder the arms race between New Delhi and Islamabad but at least it reinforces the nuclear ‘taboo’— a normative inhibition against nuclear weapons’ first use.

To conclude, the nuclear ban treaty is a utopian accomplishment. The NWS, including India and Pakistan, are modernizing their nuclear arsenals. The unrestrained vertical proliferation of nuclear weapons continues to trivialize efforts to free the world of lethal weapons.

Dr. Zafar Nawaz Jaspal is Professor, School of Politics and International Relations, Quaid-i-Azam University, Islamabad. Author of India’s Surgical Strike Stratagem: Brinksmanship and Response, (2019). He is also an advisor on Non-Proliferation to SASSI, London and a course coordinator at Foreign Services Academy for the Pakistan Ministry of Foreign Affairs. Email: jaspal_99@hotmail.com. This piece was first published in Arab News. It has been republished with permission. The views expressed in this article are the author’s own and do not necessarily reflect Global Village Space’s editorial policy.

Analysing the legal matrix of Kashmir