Why only Modi is capable of resolving border dispute with China

Modi’s finest political legacy ought to be a border settlement with Beijing, which will go a long way to facilitate India’s transformation as a middle-income country in a generation or two —  the point where China has reached today. 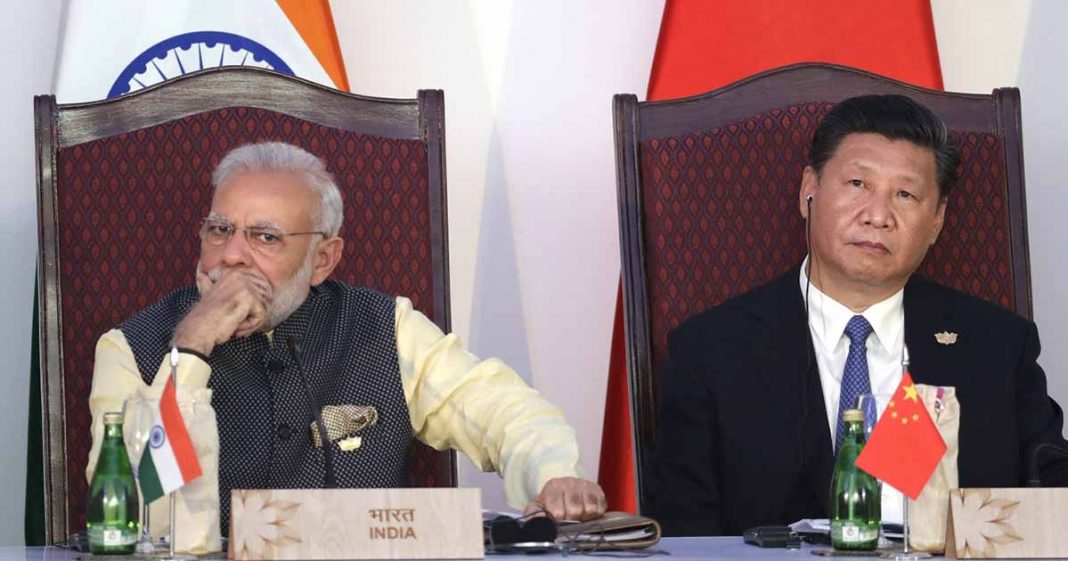 The controversy over Prime Minister Narendra Modi’s remarks at the All-Party Conference in New Delhi on June 18 regarding the border clashes with China will have limited shelf life only.

All this brouhaha becomes quintessentially an affair of the elites living in the Indian capital. Broadly, those who call into question Modi’s remarks are largely limited to those who will criticise Modi anyway for anything and everything he does or speaks.

They belong to two categories — Congress Party and the section of intellectuals who stand alienated due to the BJP government’s ideology and its high-handed methods while in power and its divisive politics.

One may add to it certain fringe elements, namely, the virulently anti-China and pro-American lobbies (who often overlap) among ex-bureaucrats, retired army officers, media persons and our exotic clutch of ‘think-tankers’.

A rare consensus against striking back at China?

The All-Party conference on June 18 revealed that Sonia Gandhi cut a lone figure, while prominent leaders like Mamata Bannerjee and Sharad Pawar and Uddhav Thackeray were basically supportive of the government’s stance.

But on the positive side, even Sonia Gandhi, while she resorted to sustained sniping at Modi, carefully refrained from advocating that Indian military should ‘strike back’ at China. This is important to note: the nation is not seeking a war with China.

Even our self-styled ‘socialists’ from UP and Bihar, a vanishing breed who claim lineage from late Ram Manohar Lohia — who was weaned on blind anti-communism and pro-American mindset — have not urged the government to proceed on a ‘forward policy’ or take ‘police action’ against the PLA.

This is a notable departure in comparison with the situation prevailing in India in the late 1950s and early 1960s and it has profound implications for the future trajectory of India-China relations.

On Africa, cooperation to fight coronavirus, debt relief and all efforts to increase cooperation. In order to fight against the pandemic, the world needs more cooperation and less confrontation…

The fact of the matter is that there is a strong awareness in our country that a war with China cannot be ‘won’ but could be catastrophic for India’s future. Second, China’s ‘soft power’ has palpably increased, stemming out of the average Indian’s growing exposure to that country’s stunning economic success, plus, of course, the remarkable turnaround in Chinese attitudes in the recent decades that are no longer adversarial but desiring intense business partnerships and people-to-people exchanges.

Having phenomenally outstripped India in development through the post-Cold War decades, China has no reason to regard India as a ‘rival’. Its focus is on getting a due place in the international system, which translates on the one hand as presenting itself as the principal driver of globalisation in the world and, on the other hand, negotiating an equal and predictable partnership with the West.

How is China not threatening world peace?

The European Union’s High Representative/Vice-President Josep Borrell was spot on when he recently underscored this after the EU-China Strategic Dialogue on June 9:

“I understand that for China, to be presented as a systemic rival, is something that looks a little bit controversial. We have to explain what we mean by that and try to express how complex our relationship is, on which things we are disappointed, on which points we need to improve our relations, mainly on the economic side and on the human rights side…

“I think that it is important also to show our common understanding on many things. For example, on the JCPOA, the Iran nuclear deal, it is clear that there we have an important convergence of positions. On Afghanistan, we share the same interest of ensuring the stability of the country once the retreat of the American troops has taken effect and the negotiations between the Afghan Government and the Taliban reach an end. On Africa, cooperation to fight coronavirus, debt relief and all efforts to increase cooperation. In order to fight against the pandemic, the world needs more cooperation and less confrontation…

Suffice to say, the traumatic developments of the past few weeks in Ladakh (here and here) should give impetus to pull all stops to seek a durable resolution of the border problem with China

“Well, let’s go over this word. Sometimes, there are differences on interests and on values. That is a fact of life. It is also a fact of life that we have to cooperate, because you cannot imagine how we can solve the climate challenge without strong cooperation with China. You cannot build a multilateral world without China participating in it effectively, not in a “Chinese way”, but in a way that can be accepted by everybody. I think these kind of explanations are good, because I can tell you that we have talked a lot about what it means to be a “systemic rival”.

Only Modi is capable of taking the bull by the horns

My belief is that Modi belongs to the same school as Borrell — or Angela Merkel and Emmanuel Macron — on China. Put differently, Modi certainly co-relates China’s rise to India’s political economy with realism and far more astutely than Nehru or any of his predecessors did.

However, the pursuit of such a practical, down-to-earth vision has not been easy through the past 6-year period, especially since various interest groups within the Indian establishment and the ultranationalist ideologues within the Sangh Parivar pose resistance — and, to complicate matters further, these forces often coalesce.

For obvious reasons, it is too much to expect the Congress Party to lend a hand to Modi to develop a middle ground regarding China. Therefore, Modi’s best bet today is that Indian capitalism has warmed up to the hidden charms of China’s state capitalism.

As for the Indian majority of silent opinion, Modi’s China policies would have acceptability, given his vast political capital personally, which is unlikely to be depleted anytime soon.

Suffice to say, the traumatic developments of the past few weeks in Ladakh (here and here) should give impetus to pull all stops to seek a durable resolution of the border problem with China.

Only Modi is capable of taking the bull by the horns. It is unlikely that Indian politics will witness the emergence of such a towering figure in the foreseeable future who can take difficult decisions and, more importantly, get them accepted by the nation.

To my mind, Modi’s finest political legacy ought to be a border settlement with Beijing, which will go a long way to facilitate India’s transformation as a middle income country in a generation or two —  the point where China has reached today.

China & Pakistan: Evolution of a Strategic Relationship that created CPEC and threatens India & the US