Pakistan is facing economic challenges, friends like Turkey should cooperate rather than exerting undue political pressure on the current government in the country. 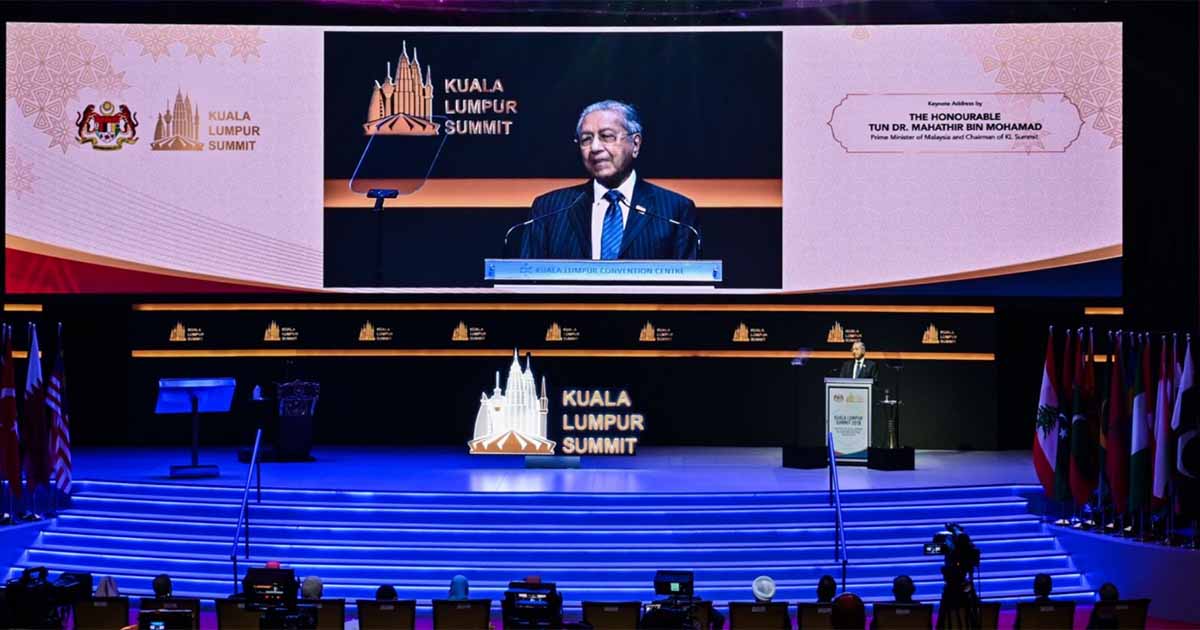 In an unusual move, Turkish President Recep Tayyip Erdogan has said that Pakistan decided to stay away from the recently concluded Kuala Lumpur summit because of Saudi Arabia’s threats of economic sanctions, Turkish newspaper Daily Sabah reported on Friday. The said statement has neither been rejected nor confirmed by the Foreign Office of Pakistan.

However, a strong statement by the Turkish president, at a prestigious forum, have serious future implications. According to Daily Sabah, Erdogan, while speaking to Turkish media representatives, said that it was not the first time that Saudi Arabia and the United Arab Emirates had put pressure on a country for doing or not doing certain things. “Unfortunately, we see that Saudi Arabia pressures Pakistan.

Now, there are promises that the country has given to Pakistan regarding the central bank. However, more than that, there are four million Pakistanis working in Saudi Arabia. They [threaten by saying that they] would send [Pakistanis] back and re-employ Bangladeshis instead,” Erdogan was quoted as saying.

He added that the kingdom has also threatened to withdraw money it had deposited in the State Bank of Pakistan.

According to Erdogan, Pakistan had to comply with Saudi wishes “due to its economic difficulties”. Experts and sources in Foreign Minister told GVS that Pakistan is passing through a critical time where it has to focus on the economy on preferential basis. “We expect our friends to help us to come out of the economic crisis. Undue pressure by brotherly countries in any way may raise challenges for Pakistan,” said sources.

“Pakistan does not want any division in the Ummah”

The Foreign Office in response to questions from the media said that Pakistan did not participate in the Kuala Lumpur summit because “time and efforts were needed to address the concerns of major Muslim countries regarding possible division in the Ummah”.

“Pakistan will continue to work for the unity and solidarity of the Ummah, which is indispensable for effectively addressing the challenges faced by the Muslim world,” the FO spokesperson said in a brief statement.

Opinion makers and political commentators in Pakistan believe that the country should continue to play its role in bridging the gaps among Muslim counties.

Sources in the government confirmed that the premier canceled the visit following his meeting with Saudi Arabia’s Crown Prince Mohammad Bin Salman in Riyadh. “Saudi Arabia raised serious concerns over the statement of Malaysian Prime Minister Mahathir Mohammad who had recently said that the Muslim countries at Kuala Lumpur Summit would form a new platform to replace the Organization of Islamic Cooperation (OIC) which he said has failed to deliver the goods on issues faced by the Muslims across the world,” sources said.

However, the Malaysian Prime Minister has clarified that no such statement has been issued. He spoke to the Saudi senior leadership and clarified the matter.

Despite this set back, Pakistan must continue to bridge differences across the Muslim world. Pakistanis are the only Muslims that are able to rise above Shia-Sunni and regional differences and think like a Muslim nation! https://t.co/gaKNXYWYZR via @@GVS_News

GVS learned through diplomatic channels that Saudi Arabia has been upset with the event being hosted by Malaysian Prime Minister Mahathir Mohamad and likely to be attended by leaders from Turkey, Iran, Qatar, Pakistan, and Indonesia.

The summit is an initiative of Dr. Mahathir to gather five Muslim nation namely Pakistan, Indonesia, Turkey, Qatar and the host Malaysia to foster cooperation to achieve socio-economic development.

Backing out from KL Summit: when Malaysia,Turkey, Iran supported Pakistan on Kashmir like a rock, while Modi is so discredited at home & abroad, is very damaging for Pakistan’s core interests on Kashmir + Pakistani Int’l credibility will be in tatters after this shocking U-turn! pic.twitter.com/390nwm4jyV

Analysts raise interesting questions about Pakistan’s inability to take Saudis into confidence that the country shall always safeguard Saudi interests. Army Chief, Foreign Minister and Prime Minister visited the kingdom recently but all of them remained to unable to convince Saudis.

There is a widely held perception in Pakistan that the country may appear as a state with compromised sovereignty due to Saudi Arabia’s apparently unnecessary demand to not attend the KL Summit 2019.

AFP - 21 September 2021
France has expressed high hopes for kick-starting stalled talks over Iran's nuclear deal. The foreign ministers of China, Russia, Germany, France, and Britain are expected to meet to try to relaunch talks aimed at getting the US back into the nuclear pact.

Coronavirus in Turkey: “Youth will not be allowed … on the street”