Why Pakistan must not be an interventionist state? 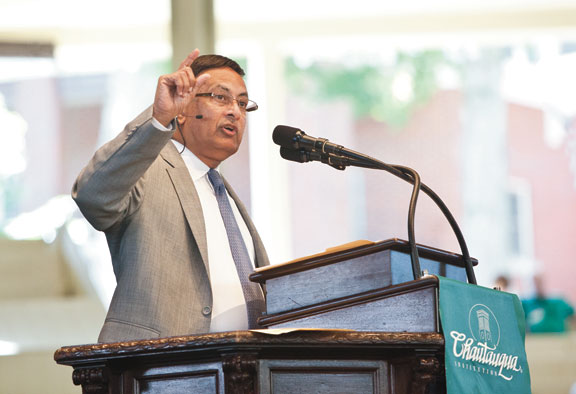 If I have to make readers understand that why Pakistan’s narrative is insecure and unhealthy. Only reason that is plausible in whole narrative of Pakistan is an approach which is top down and not bottom up. By top down means that state enforces narrative on its own without taking pulse from society and institutional mechanism is bypassed that has made whole narrative insecure. Whereas a secure and sustainable narrative can only survive if public supports the perspective and that makes inroads in an organic fashion.  Pakistan’s civil military elite have always stressed that since Pakistan is facing great challenges and because of extraordinary circumstance state will have to take extraordinary measures to jell society. So fragility of circumstances and public’s non interest led leaders to have top down approach.

So Pakistan as state has been interventionist in deciding affairs of state and matters of national importance. Public has not been involved in decision making. I will justify my argument with two examples. First, legislation at national level has been done by military regimes with support of so called democratic leadership which normally were considered king’s parties. Second, political parties which contest elections and reach parliament normally do not allow dissenting opinion in parliament so even public representatives have limitations while being inside legislative forums. So public has been ignored and this is because of revolving door democracy, Hybrid regimes, absence of intra-party elections and lack of democratic culture.

Be it religion, politics, culture or social values people are dictated and state somehow intervenes to establish norms and values under official tutelage. This intervention in establishing norms and values in every field has disturbed an organic outcome of all these behaviors. So when state reiterates that we have threat to ideology of Pakistan and national security is in danger that means the very narrative which has official patronage does not have roots in society. Because a narrative which has roots in society cannot crumble so easily. So what matters is having an organic national narrative which is very much coming from public aspirations and not from elites vested interests.

Issues of high and low politics need to be separated for broader cooperation which is necessary in this highly interdependent and complex world. Since Burhan Vanni a young Kashmiri who represented youth of Indian occupied Kashmir (IoK) has been killed. There has been perpetual instability in IoK. Obviously tensions between India and Pakistan have sparked as well because of Uri attack which is purely indigenous anger of Kashmiri youth. India bitterly got exposed in surgical strike drama. Height of politics is at peak but most damage has been to low politics which is culture, sports and people to people interaction.

Pakistan Electronic and Media Regularity Authority (PEMRA) banned Indian movies, dramas and songs not to be on air in Pakistan. Well this is purely a decision which public does not like. Majority of Pakistan enjoys Indian movies and songs and meanwhile in absence of Pakistan film industry and rare songs being produced in Pakistan. Such a decision will hit Pakistan economically because now people rather getting Indian stuff legally will buy illegally. In 21st century it is next to impossible to cut cultural and entertainment ties. This is state’s interventionist behavior which does not have roots in public. Jingoism and hyper nationalism must have proportionate equilibrium.

Recently a Pakistan Tehrik I Insaf  (PTI) lawmaker from Sindh demanded dance be banned in private schools in Sindh. Because it is very much violating the norms and values of our society and this dance is contrary to religious values. Looking at this, private school association banned schools to end classes of dance. Later on Chief Minster Sindh gave statement that provincial government does not support ban on dance in schools. Responding to this private association of schools in Sindh said we only discourage vulgar dance but classical and Sufi performances are allowed. This is very much interventionist attitude. Do state and so called private associations really think parents who are paying heavy prices in private schools ignore their kids and do not know moral values?

Recently a “push up” issue by Pakistan cricket team after winning matches or completing hundred runs was considered a serious civil military divide. Lawmaker from Pakistan Muslim League N stressed that Pakistan cricket team must offer special prayers rather push up. According to lawmaker world was not getting a positive message from push up whereas players were giving tribute to their trainers by push ups. Since Pakistan cricket team got trained by army trainers. Later on Pakistan cricket board (PCB) executive committee chairman Najam Sethi clarified that celebrations are discretion of players. There is something beyond understanding when micromanagement from state will end in sports. Politicization of sports has damaged sports a lot. All behaviors must remain natural and not fabricated and designed. So let it be players choice how they want to celebrate victory.

Any intervention in changing hearts and minds of society be it liberal or conservative is contrary to democratic values and freedom of choice and expression. People of Pakistan must decide on their wishes that what they want for themselves and for coming generations. Any state which will be interventionist in deciding choices for society without having consent of it will make masses uncomfortable.

The writer Qamar Cheema is Phd Scholar at School of Politics and International Relations in Quaid e Azam University Islamabad. He tweets at @Qamarcheema

Afghanistan Itself Is Now Taking In the Most Afghan Migrants

Chhattisgarh massacre : will the Sikh ever see justice?