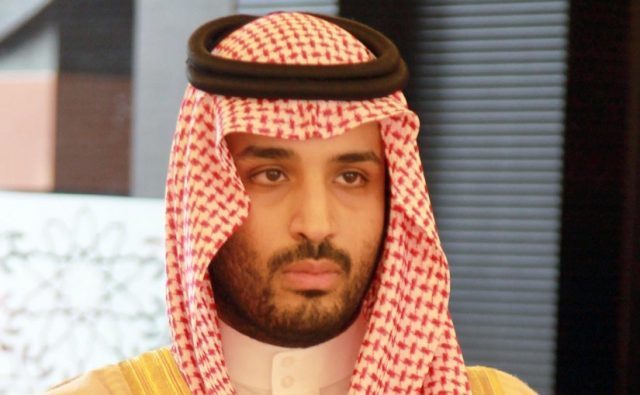 Incarcerated for almost two months in a gilded cage in Riyadh’s luxurious Ritz Carlton Hotel, Saudi billionaire businessman Prince Al-Waleed bin Talal appears to be putting up a fight that could challenge Crown Prince Mohammed bin Salman’s assertion that his two month-old purge of scores of members of the ruling family, senior officials, and businessmen constitutes a campaign against corruption.

Many of those detained in Prince Mohammed’s purge, dubbed by critics as a power and asset grab dressed up as an anti-corruption effort, have bought their release by agreeing to surrender significant assets. The government has said it hopes to recover up to $100 billion in allegedly illegitimately acquired funds and assets.

Foreign diplomats in the kingdom noted that the businesses of those detained or penalized continued to operate and that no foreign interests were caught up in the purge.

Prince Mutaib bin Abdullah, a favoured son of the late King Abdullah who was deposed as commander of the National Guard in a bid to neutralize the Saudi crown prince’s most potent rival, secured his release by agreeing to pay $1 billion and signing a document in which he confessed to charges of corruption.

In what appears to be the largest settlement demand, Prince Al-Waleed has, according to The Wall Street Journal, resisted pressure by the government to hand over $6 billion.

Instead, the prince has reportedly offered the government a significant stake in his Riyadh-listed Kingdom Holding that has invested in blue chips such as Citibank, Twitter, Four Seasons hotels, and Disney, and operates a media and entertainment empire. Kingdom Holding has lost 14 percent of its $8.7 billion market value since Prince Al-Waleed’s detention. The prince has also insisted that he retain a leadership position in his conglomerate.

With a fortune estimated by Forbes at $16.8 billion, Prince Al-Waleed reportedly believes that the cash settlement demanded by the government would put his empire at peril and amount to an admission of guilt.

Foreign diplomats in the kingdom noted that the businesses of those detained or penalized continued to operate and that no foreign interests were caught up in the purge.

That may indeed be the purpose of the exercise. A social reformer, who already years ago implemented within his own company changes of women’s status announced in recent months by Prince Mohammed, is Saudi Arabia’s most prominent entrepreneur who is continuously welcomed around the world by heads of state and government and business moguls.

The son of Prince Talal bin Abdulaziz, a liberal nicknamed the Red Prince, who in the 1960s and again in the first decade of the 21st century publicly criticized his family’s rule, Prince Al-Waleed is believed to have no political ambitions.

In resisting Prince Mohammed’s demands, Prince Al-Waleed is challenging an opaque and seemingly arbitrary process in which despite assertions by the government that it has conducted extensive investigations and collected substantial evidence of corruption, bribery, money laundering and extortion, there has been little, if any, discernible due process and no proof publicly presented.

Quoting sources close to Prince Al-Waleed, The Wall Street Journal reported that the businessman was demanding a proper investigation and was willing to fight it out in court. “He wants a proper investigation. It is expected that al-Waleed will give MBS a hard time,” the Journal quoted a person close to Prince Al-Waleed as saying. The person was referring to Prince Mohammed by his initials.

A court battle would put the government’s assertions of due process to the test and would also shine a spotlight on the integrity of Saudi Arabia’s judicial system. The risk involved in a legal battle is that the charges levelled against Prince Al-Waleed and others were common practice in a kingdom in which there were no well-defined rules governing relationships between members of the ruling family and the government as well as ties between princes and princesses who wielded influence and businessmen.

The fact that once the dust has settled foreign investors will forget whatever misgivings they may have had about the lack of due process and absence of rule law in the anti-corruption crackdown.

There is little doubt that Prince Mohammed’s purge is popular among significant segments of the population, half of which is classified aslow- or middle-income families, that has long resented the elite’s seemingly unbridled perks.

Prince Mohammed has so far been shielded against questions of the source of his own wealth and that of his tack of the ruling family. Several immediate relatives of Prince Mohammed were last year identified in the Panama Papers leaked from the files of a law firm in the Central American nation that handled offshore business and transactions by the world’s mega-rich.

Media reports have since suggested that the prince had spent in recent years $1.25 billion on a $500 million yacht, a $300 million mansion in France, and a $450 million Leonardo da Vinci painting. Prince Mohammed has denied buying the art work that was acquired by a close associate of his allegedly on behalf of the Abu Dhabi Department of Culture and Tourism.

Shining the spotlight on the anti-corruption campaign in a legal battle with Prince Al-Waleed would come at a time that the government is unilaterally rewriting the kingdom’s social contract that involved a cradle-to-grave-welfare state in exchange for surrender of political rights and acceptance of Sunni Muslim ultra-conservative and Bedouin moral codes.

Read more: ‘Raging Bull’ about to take over Saudi Arabia

The risk involved in a legal battle is that the charges levelled against Prince Al-Waleed and others were common practice in a kingdom in which there were no well-defined rules governing relationships.

The government this week paid $533 million into a newly established social welfare fund to help families offset the cost of the imminent introduction of a five-percent value-added tax on goods including food, and services, as well as subsidy cuts that would substantially raise the price of electricity and gasoline. The government was forced earlier this year to reverse a freeze on public sector wage increases and perks and slowdown its austerity program because of anger and frustration expressed on social media.

The government, moreover, this month announced a $19bn stimulus package that includes subsidised loans for house buyers and developers, fee waivers for small businesses and financial support for distressed companies. It also presented its new budget involving record spending in which funding of defense outstrips that of education in a country with a 12.7 percent unemployment rate. A Bank of America Merrill Lynch report predicted last year that youth unemployment could jump from 33.5 to 42 percent by 2030.

It is expected that al-Waleed will give MBS a hard time,” the Journal quoted a person close to Prince Al-Waleed as saying. The person was referring to Prince Mohammed by his initials.

Prince Mohammed is banking on continued public support for his economic and social reforms, and on the fact that once the dust has settled foreign investors will forget whatever misgivings they may have had about the lack of due process and absence of rule law in the anti-corruption crackdown. Foreign diplomats in the kingdom noted that the businesses of those detained or penalized continued to operate and that no foreign interests were caught up in the purge.

However, to maintain his popularity, Prince Mohammed will have to manage expectations, deliver jobs, continue to massage the pain of austerity and the introduction of a new social contract, and ensure that the public continues to perceive his purge as an anti-corruption campaign in which the high and mighty are no longer above the law.

A legal battle with Prince Al-Waleed that publicly puts to the test the government’s assertions could upset the apple cart. That may be the leverage Prince Al-Waleed hopes will work in his favour as he negotiates his settlement from the confines of the Ritz Carlton.

Religious harmony in a time of fear-James M Dorsey