Why Punjab’s Education in a total mess? Can it be fixed? 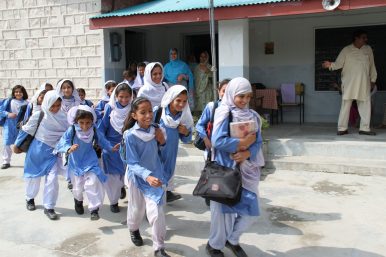 What kind of organizational culture has the Higher Education Department Punjab (HEDP) produced to achieve its core objective of fostering education? Does it help or hinder the attainment of the key objectives? And what does the failure or success of the department mean for the youth and future of this country? In other words, what is the magnitude, scale, and nature of the problem?

What is at Stake?

Let us begin with the last question. The future of seven hundred thousand to eight hundred thousand young students, enrolled in about more than seven hundred public sector colleges of Punjab, is at stake. Despite the fact that overall these colleges are much better than private colleges in terms of qualified teachers, physical space, and perhaps infrastructure as well, but still, they have earned a negative perception. What is wrong with these colleges?

Read more: Crimes of Ego: Have Pakistani parents declared a war against teachers?

The answer to this question varies depending on the answerer. The bureaucrats at HEDP would tell that teachers are idle, while the teachers would say that bureaucrats know little about ground realities. The political administrators may share their disappointment with the system and express their preference for privatization – a panacea for everything we make dysfunctional.

Such stereotype responses confirm one thing that everyone is frustrated and unready to make any positive contribution. Caught by this negativity, we are wasting immense human and material resources. The worst sufferers are the thousands of youthful students who deserve better than what we are delivering to them.

Can we Change this Situation?

The present, deteriorating situation can be changed, but only if we realize that any the foremost should be directed so as to change the organizational culture of the department. This requires fundamental structural change. The present antique and obstructive structure of the department has produced a culture which is terribly against the very spirit of education.

The bureaucratic command of the
education department itself is unsuitable to lead and direct a process of learning and development. By orientation and training, bureaucrats believe in command and compliance. Education is more a matter of cultivation than a one-time task.

First of all, organizational structures must be subjected to the central purpose of an organization. By the way, what is the main objective of education department? The HEDP website states, “The basic aim of HED is not only to cater the educational needs of the target population, i.e. the students, but also broaden their vision and mental horizon in order to equip them to deal better with the academic and economic challenges of the modern world”.

“Our greatest natural resource is the minds of our children.” Walter Elias Disney

How is the department going to achieve these objectives? Obviously, through the teachers. It entails acknowledgment of the central role of teachers. In doing so, the administrative staff needs to understand their role as facilitators. This must be the defining principle of the organization.

The existing structure, however, defies this fundamental logic. The administrative wing of the department centrally plans each and everything curricular, co-curricular, and extracurricular (like Dengue awareness seminars, walk, or participation in Youth Festivals) without any regard for local conditions and input from the academic staff. The academic staff is not conceived as pro-active participants in learning and development but passive non-thinking subordinates supposed to work under a command-compliance model.

Read more: How to attract the best and brightest into teaching our future Generation?

Secondly, the administrative process is over-centralized. Almost each and every petty request has to be processed through a long and cumbersome procedure commonly known as “the proper channel. For instance, even an application for NOC (required for studies, passport, or job) has to take a long, time-consuming route.

Almost every request has to be decided at Lahore secretariat. No need to emphasize that over-centralization is the mother of many evils like corruption, bureaucratic red-tape, and unnecessary delays. The unhealthy effects on the teaching staff in the form of frustration and demotivation are too obvious but hardly recognized.

The present, deteriorating situation can be changed, but only if we realize that any the foremost should be directed so as to change the organizational culture of the department.

For a better appreciation of the problem, let us look at the long, cumbersome “proper channel”. Any request addressed to the Secretary has to begin with the Principal Office.  Then, between a Principal and the Secretary HEDP their lie three intermediary offices: Deputy Director Colleges at the district level, Director at the divisional level, and Director Public Instruction Punjab. Mostly, they operate as the “post offices” and just change the covering letter. However, it provides an opportunity to the clerical staffs in these offices to make money.

Thirdly, the traditional filing system has virtually turned into a phenomenon of “missing files”. Record-keeping was an essential component of modern bureaucracy, but it is a thing of the past when offices really maintained files. Now, the missing files have become an instrument for blackmail and graft. One who applies for an NOC or leave or any other thing, too often, has to listen that his/her file is not available.

How Can the Situation be Improved?

Now, coming to the solutions part, a few suggestions are made here.

First, the organizational structure of the department needs to comply with the basic objectives of the department. It requires recognition of the primacy of academics. The relationship between administrative and academic staff needs to be re-conceptualized, accordingly.

Second, powers concentrated at a higher level need to be rationalized. For instance, Principals can be authorized to issue the most ordinary NOCs, like those for passports, studies, leaves, and applications for jobs. It is relevant to mention here that principals were given much of these powers during Musharraf’s rule but interestingly, the democratic government reversed the modest devolution. An alternative solution sans devolution can be a mandatory time-frame to process and decide a request.

Third, regarding the long, cumbersome “proper-channel”, two of the three above-mentioned “post-offices” (if not all) should be done away with to save public money, time, and a lot of trouble they cause. The HEDP should either keep the district tier or the divisional one (with meaningful devolution) but in any case remove the DPI office – the most unproductive and the most obstructive “post-office”. They hinder onward transmission of requests on very flimsy, and at times ridiculous, grounds.

Between a Principal and the Secretary HEDP their lie three intermediary offices which operate only as the “post offices” and just change the covering letter.

Last, the traditional filing system can be complemented (if not replaced) with digitalization. In this age of information technology, online processing of applications can, on one hand, save a lot of time, money, and on the other hand, discourage corrupt practices. If even illiterate people can operate mobiles and ATMs, the educated ones can easily handle online official communication. And it is already happening but only for top-down communication. The super-ordinates are using almost all e-tools (mobile, email, text) for instant circulation of their directives and URGENT compliance, but the requests from “subordinates” are channeled through the same traditional system.

Read more: How can science make your learning 50% easier?

If the HEDP wants to improve the quality of education, it needs to re-work on its own structure. As in the present form, its own organizational culture is injecting frustration and demotivation among the teachers. The main purpose of the department is to promote academics, which can’t be achieved without taking teachers on board in planning and execution of curricular/co-curricular activities. The current practice of central planning and exclusive reliance on command and compliance is producing fake results only on papers.

Please wake up and make some mechanism to get genuine feedback from the field!

Shahid Anwar is a social and political analyst based in Islamabad. He has been writing for Dawn, The Nation, The News, and Weekly Cutting Edge.

Sherpao, ‘the Protector of Pakhtun Rights’ stresses on development of FATA

When Europe plans to ease lockdown, why can’t we?