Why Shehbaz may not serve as the opposition leader? 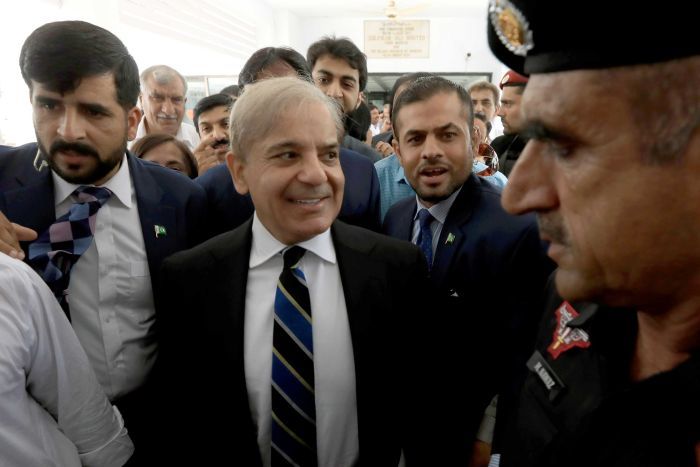 Fawad Hassan Fawad is one of the most influential bureaucrats of the country. He was one of the main suspects in the Dawn Leaks saga and was considered the former prime minister’s most favorite senior bureaucrat, often termed as a de facto premier. Apparently, Fawad has confessed that he awarded the Rs14bn Ashiana Housing project to former CM’s favorite firm on his orders.

Besides, he admitted of pressurizing the Punjab Land Development Company (PLDC) CEO in 2013 to award the contract to Lahore Casa Developers on the directions of Shahbaz. It resulted in the loss of Rs715 million to the exchequer. Moreover, Wasim Ajmal- former chief executive officer (CEO) of the PSPC, has accused the PML-N leader of scapegoating him to save his son-in-law Imran Ali Yousaf in the in the case.

It was already speculated that given the importance of Fawad’s standing in PML-N’s circles if he confesses to his crimes, it may lead NAB to other big guns and high profile figures. The link between Punjab’s top Bureaucracy and Shehbaz is becoming more obvious and if the Shehbaz fails to provide a satisfactory reply to the allegations of accused in custody, it can become a watershed moment in the politics of Punjab.

The reports are floating which indicate that developments in the case may prove difficult for Shehbaz to defend himself before a combined investigation team of NAB Lahore. NAB has already summoned Shehbaz on August 20 over the alleged embezzlement in the Punjab Power Development Company (PPDC) scam. Moreover, Shahbaz also caused the loss of Rs 157 million to the exchequer as he ordered he PLDC to award consultancy services of the project to a favourite company Engineering Consultancy Services Punjab (ECSP) against Nespak.

Pakistan Muslim League – Nawaz (PML-N) leader and former Chief Minister Punjab Shahbaz Sharif, who is the candidate of Grand Opposition Alliance for the slot of Prime Minister of Pakistan face uncertain future after being accused in multiple scams

In the run-up to general elections, PML-N leadership remained under NAB’s scanner. NAB upped the speed and initiated inquiries against Nawaz Sharif, Shehbaz Sharif, Captain (retired) Safdar, Imran Ali, Khawaja Saad Rafique, and many close aides of the Sharif family in Punjab Bureaucracy. NAB is probing record of 56-companies in Punjab over the alleged corruption and embezzlement. Moreover, dozens of government officials are under arrest.

PML-N leadership had labelled NAB’s extraordinary measures against the ruling family as a pre-poll rigging. But NAB’s Chairman Javed Iqbal has denied the allegations and vowed to continue a robust policy to eradicate corruption in the country. It has continued inquiries against PPP leaders in Sindh and Punjab. The PM in waiting-Imran Khan is also facing a helicopter misuse case.

Shahbaz apparently continued uninterrupted and unaudited in last decade in Punjab. PM candidate faces a tough challenge as trouble mounts for him after the suspects in the National Accountability Bureau (NAB) custody have provided the concrete evidence against him in different scams.

In the presence of new reports from different sources of NAB, Shehbaz may not be able to continue as opposition leader for long. Grand opposition alliance will have to nominate another leader to counter Khan’s next government.

Taiwan’s President says it will not seek war with China

Trump’s sabre-rattling: Is a nuclear war between US and North Korea imminent?

Present and Future of the American F-35