Why the Keto Diet can cause a skin rash

The keto rash is rare. Researchers do not yet fully understand what causes the rash but being in a state of ketosis may be one possible cause. Although there are similarities between keto rash and other skin conditions, this rash is distinctive due to the network-like pattern of the papules. 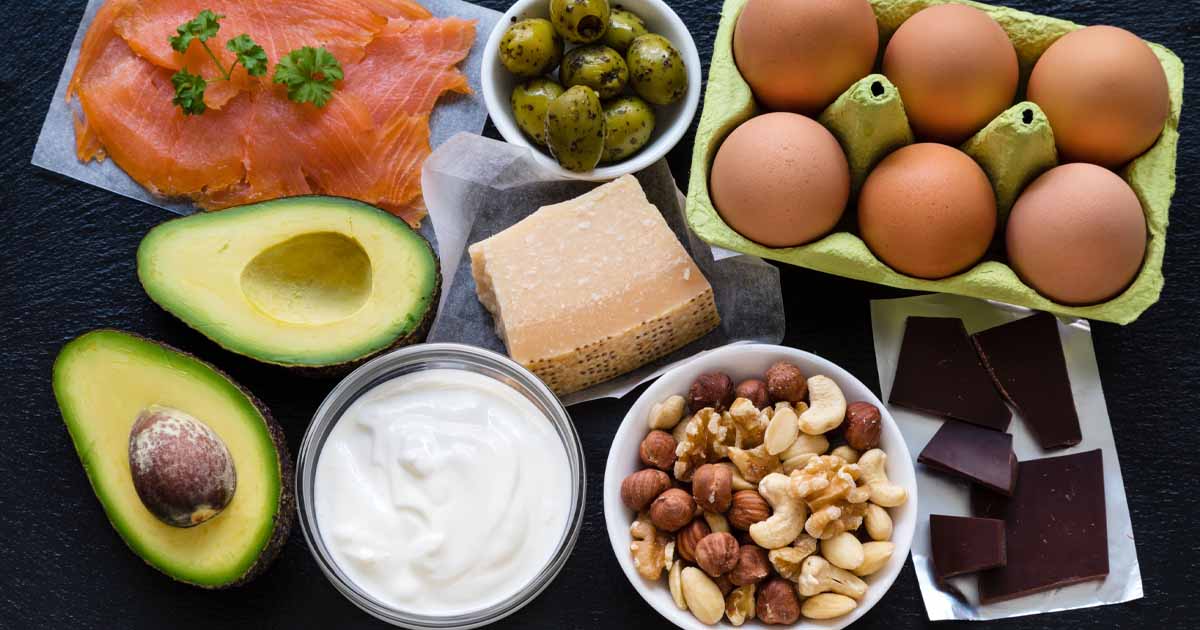 Following a ketogenic diet can sometimes cause a red, itchy skin rash, which people commonly refer to as keto rash. The medical term for keto rash is prurigo pigmentosa. The keto rash is distinctive as it forms network-like patterns across the skin. It usually affects the upper body.

Researchers do not yet know exactly why a ketogenic diet causes skin inflammation, but they believe that this rash may have a link with ketosis. Several different treatments and lifestyle measures can provide symptom relief.

First things first, what is a keto diet?

The ketogenic diet (or keto diet, for short) is a low-carb, high-fat diet that offers many health benefits. In fact, over 20 studies show that this type of diet can help you lose weight and improve your health.

Ketogenic diets may even have benefits against diabetes, cancer, epilepsy and Alzheimer’s disease. It involves drastically reducing carbohydrate intake and replacing it with fat. This reduction in carbs puts your body into a metabolic state called ketosis.

When this happens, your body becomes incredibly efficient at burning fat for energy. It also turns fat into ketones in the liver, which can supply energy for the brain. Ketogenic diets can cause massive reductions in blood sugar and insulin levels. This, along with the increased ketones, has numerous health benefits.

The diet majorly revolves around the following foods:

What is a keto rash?

Keto rash is a rare form of dermatitis, or skin inflammation. It is an itchy and uncomfortable rash that develops on the upper body. A ketogenic diet is one possible cause of a keto rash. This diet is growing in popularity because ketosis offers a range of potential health benefits, including promoting weight loss.

The keto diet is extremely low in carbohydrate but high in protein and fat. When a person follows this eating pattern for enough time, their body starts to break down body fat for fuel instead of carbohydrates. The body converts fats into ketone bodies.

A person has reached a state of ketosis when the body switches its primary energy source to these ketone bodies. Most reports of keto rash have been in Japan, and until 2011, there had been only 40 reported cases in other countries. The reason for this may be that Western doctors are less familiar with the condition.

The keto rash appears as raised, red, itchy papules on the skin. Skin redness, or erythema, can be more difficult to detect on dark skin. The rash is more common on the upper body and tends to affect the:

Keto rash can resemble other skin conditions, such as confluent and reticulated papillomatosis, contact dermatitis, and some drug reactions. However, it is possible to distinguish keto rash by the network-like pattern that remains on the skin as the red bumps start to resolve.

Over time, the inflammation will continue to reduce, leaving a brownish discoloring of the skin.

There are several possible treatment options for someone with keto rash. For keto rashes that occur due to ketosis, eating more carbohydrate will usually resolve the rash, as this moves the body out of ketosis.

In people with diabetes, administering insulin can reduce keto rashes. Research suggests that antibiotics, such as minocycline or tetracycline, can also treat the symptoms of keto rash.

Friction between fitted clothing and the skin can trigger the keto rash, so wearing loose fitting clothing may also reduce it. To relieve symptoms, it is also helpful to follow general treatment advice for good skin care, such as:

There are a bunch of Keto diet side effects that you probably don't know about. Here's a breakdown of what actually happens to your body when you go Keto — and how you can avoid these gnarly results. https://t.co/3PLc6Pz2SQ

People who develop keto rash after following the keto diet or fasting can treat it by increasing their carbohydrate intake. Doctors may also prescribe topical medications or oral antibiotics to aid the resolution of the rash.

Men should swap roles with women on ‘Bakra Eid’!

Have you ever had a Cheat day?