Will Bill Gates be the first person to invent Covid Vaccine?

Arguably, no one has been more active in promoting and funding research on vaccines aimed at dealing with coronavirus than Bill Gates and the Bill and Melinda Gates Foundation. From sponsoring a simulation of a coronavirus global pandemic, just weeks before the Wuhan outbreak was announced, to funding numerous corporate efforts to come up with a novel vaccine for the apparently novel virus, the Gates presence is there. What does it actually entail? 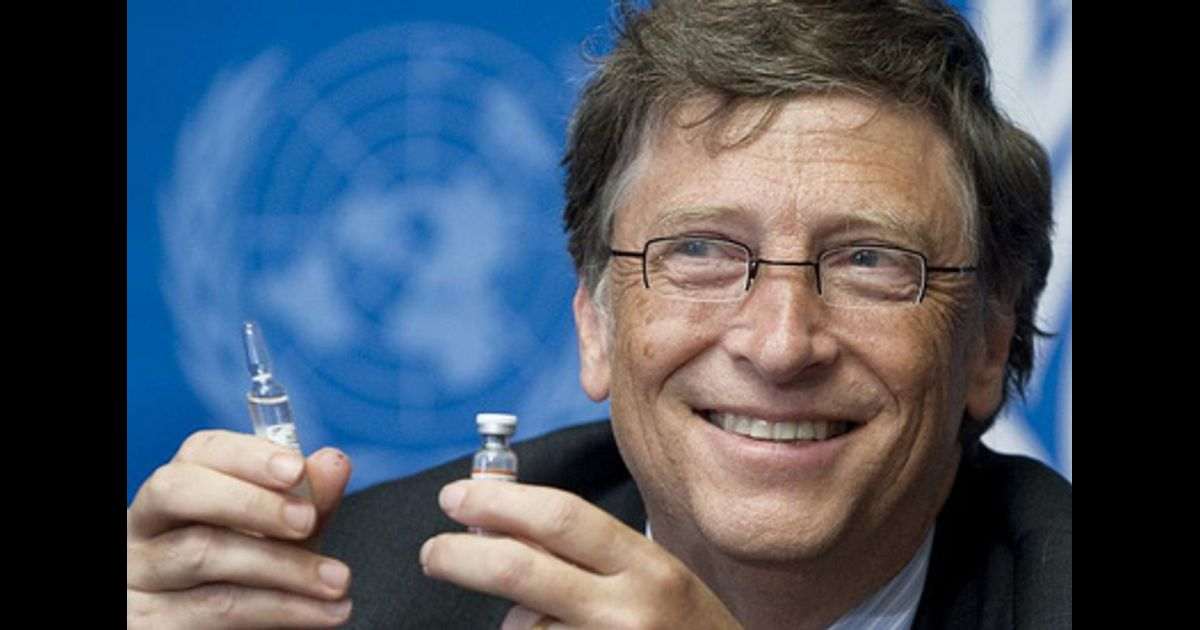 We must admit that at the very least Bill Gates is prophetic. He has claimed for years that a global killer pandemic will come and that we are not prepared for it. On March 18, 2015 Gates gave a TED talk on epidemics in Vancouver. That day he wrote on his blog, “I just gave a brief talk on a subject that I’ve been learning a lot about lately—epidemics.

The Ebola outbreak in West Africa is a tragedy—as I write this, more than 10,000 people have died.” Gates then added, “As awful as this epidemic has been, the next one could be much worse. The world is simply not prepared to deal with a disease—an especially virulent flu, for example—that infects large numbers of people very quickly. Of all the things that could kill 10 million people or more, by far the most likely is an epidemic.”

That same year, 2015, Bill Gates wrote an article for the New England Journal of Medicine titled, “The Next Epidemic: Lessons from Ebola.” There he spoke of a special class of drugs that “involves giving patients a set of particular RNA-based constructs that enables them to produce specific proteins(including antibodies).

Although this is a very new area, it is promising because it is possible that a safe therapy could be designed and put into large-scale manufacture fairly rapidly. More basic research, as well as the progress of companies like Moderna and CureVac, could eventually make this approach a key tool for stopping epidemics.” Moderna and CureVac both today receive funds from the Gates Foundation and are leading the race to develop an approved COVID-19 vaccine based on mRNA.

A global flu-like pandemic, in fact, is something that Gates and his well-endowed foundation have spent years preparing for. In 2017 during the Davos World Economic Forum, Gates initiated something called CEPI, the Coalition for Epidemic Preparedness Innovations, together with the governments of Norway, India, Japan, and Germany, along with the Wellcome Trust of the UK.

Its stated purpose is to “accelerate the development of vaccines we’ll need to contain outbreaks” of future epidemics. He noted at the time that “One promising area of vaccine development research is using advances in genomics to map the DNA and RNA of pathogens and make vaccines.” We will return to that.

By 2019 Bill Gates and the foundation were going full-tilt boogie with their pandemic scenarios. He made a Netflix video which made an eerie imaginary scenario. The video, part of the “Explained” series, imagined a wet market in China where live and dead animals are stacked and a highly deadly virus erupts that spreads globally. Gates appears as an expert in the video to warn, “If you think of anything that could come along that would kill millions of people, a pandemic is our greatest risk.”

He said if nothing was done to better prepare for pandemics, the time would come when the world would look back and wish it had invested more into potential vaccines. That was weeks before the world heard about bats and a live wet market in Wuhan China.

In October, 2019 the Gates Foundation teamed up with the World Economic Forum and the Johns Hopkins Center for Health Security to enact what they called a “fictional” scenario simulation involving some of the world’s leading figures in public health. It was titled Event 201.

As their website describes it, Event 201 simulated an “outbreak of a novel zoonotic coronavirus transmitted from bats to pigs to people that eventually becomes efficiently transmissible from person to person, leading to a severe pandemic.

The pathogen and the disease it causes are modeled largely on SARS, but it is more transmissible in the community setting by people with mild symptoms.”

In the Event 201 scenario, the disease originates at a pig farm in Brazil, spreading through low-income regions and ultimately explodes into an epidemic. The disease is carried by air travel to Portugal, the USA and China and beyond to the point no country can control it.

The scenario posits no possible vaccine being available in the first year. “Since the whole human population is susceptible, during the initial months of the pandemic, the cumulative number of cases increases exponentially, doubling every week.”

The scenario then ends after 18 months when the fictional coronavirus has caused 65 million deaths. “The pandemic is beginning to slow due to the decreasing number of susceptible people. The pandemic will continue at some rate until there is an effective vaccine or until 80-90 % of the global population has been exposed.”

As interesting as the prescient Gates-Johns Hopkins Event 201 fictional scenario of October, 2019 may be, the list of panelists who were invited to participate in the imaginary global response is equally interesting.

Among the selected “players” as they were called, was George Fu Gao. Notably, Prof. Gao is director of the Chinese Center for Disease Control and Prevention since 2017. His specialization includes research on “influenza virus interspecies transmission (host jump)…

Prof. Gao was joined among others at the panel by the former Deputy Director of the CIA during the Obama term, Avril Haines. She also served as Obama’s Assistant to the President and Principal Deputy National Security Advisor.

Another of the players at the Gates event was Rear Admiral Stephen C. Redd, Director of the Office of Public Health Preparedness and Response at the Centers for Disease Control and Prevention (CDC). The same CDC is at the center of a huge scandal for not having adequate functioning tests available for testing cases of COVID-19 in the USA. Their preparedness was anything but laudable.

Rounding out the group was Adrian Thomas, the Vice President of scandal-ridden Johnson & Johnson, the giant medical and pharmaceutical company. Thomas is responsible for pandemic preparedness at J&J including developing vaccines for Ebola, Dengue Fever, HIV. And there was Martin Knuchel, Head of Crisis, Emergency & Business Continuity Management, for Lufthansa Group Airlines. Lufthansa has been one of the major airlines dramatically cutting flights during the COVID-19 pandemic crisis.

All this shows that Bill Gates has had a remarkable preoccupation with the possibility of a global pandemic outbreak he said could be even larger than the alleged deaths from the mysterious 1918 Spanish Flu, and has been warning for at least the past five years or more.

Forgot about this story from a couple of years ago…Bill Gates talking to president Trump about flu vaccines. Too bad he didn't take him up on the science advisor role. Maybe now is a good time?https://t.co/sNSGiGsyLb

What the Bill & Melinda Gates Foundation also has been involved in is funding development of new vaccines using bleeding-edge CRISPR gene-editing and other technologies.

Gates Foundation money is backing vaccine development on every front. Inovio Pharmaceuticals of Pennsylvania received $9 million from the Gates-backed CEPI, Coalition for Epidemic Preparedness Innovations, to develop a vaccine, INO-4800, which is about to test on humans in April, a suspiciously rapid time frame.

In addition Gates Foundation just gave the company an added $5 million to develop a proprietary smart device for intradermal delivery of the new vaccine.

In addition Gates Foundation monies via CEPI are financing development of a radical new vaccine method known as messengerRNA or mRNA.

They are co-funding the Cambridge, Massachusetts biotech company, Moderna Inc., to develop a vaccine against the Wuhan novel coronavirus, now called SARS-CoV-2. Moderna’s other partner is the US National Institute of Allergy and Infectious Diseases (NIAID), a part of the National Institutes of Health (NIH). Head of NIAID is Dr Anthony Fauci, the person at the center of the Trump Administration virus emergency response. Notable about the Fauci-Gates Moderna coronavirus vaccine, mRNA-1273, is that it has been rolled out in a matter of weeks, not years, and on February 24 went directly to Fauci’s NIH for tests on human guinea pigs, not on mice as normal.

Moderna’s chief medical adviser, Tal Zaks, argued, “I don’t think proving this in an animal model is on the critical path to getting this to a clinical trial.”

Another notable admission by Moderna on its website is the legal disclaimer, “Special Note Regarding Forward-Looking Statements: …These risks, uncertainties, and other factors include, among others: … the fact that there has never been a commercial product utilizing mRNA technology approved for use.” In other words, completely unproven for human health and safety.

Read more: Which blood type is more likely to get COVID-19?

Add to this the fact that the Gates Foundation and related entities such as CEPI constitute the largest funders of the public-private entity known as WHO, and that its current director, Tedros Adhanom, the first WHO director in history who is not a medical doctor, worked for years on HIV with the Gates Foundation when Tedros was a government minister in Ethiopia, and we see that there is practically no area of the current coronavirus pandemic where the footprints of the omnipresent Gates are not to be found. If that is to the good of mankind or grounds to be worried, time will tell.

F. William Engdahl is a strategic risk consultant and lecturer, he holds a degree in politics from Princeton University and is a best-selling author on oil and geopolitics, exclusively for the online magazine “New Eastern Outlook” where this article was originally published. He is a Research Associate at the Centre for Research on Globalization. This article was published in One World and it is being posted on GVS with author’s permission. The views expressed in this article are the author’s own and do not necessarily reflect Global Village Space’s editorial policy.