Will China’s protection of Masood Azhar create bigger problems for Pakistan down the road? 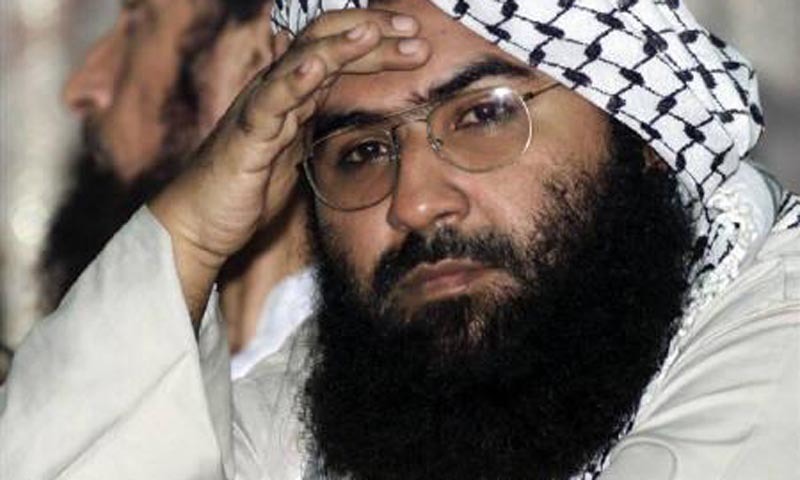 China, at the behest of Pakistan, has once again prevented the United Nations from listing a prominent Pakistani militant as a globally designated terrorist.

China’s protection of Masood Azhar, who is believed to have close ties to Pakistani intelligence and the military, raises questions about the sincerity of a Pakistani crackdown on militants as well as China’s willingness to use its influence to persuade Pakistan to put an end to the use of militants as proxies.

The United States, Britain, France and India have long wanted the United Nations Security Council Sanctions Committee to designate Mr. Azhar on the grounds that his organization, Jaish-e-Mohammed (JeM), has already been proscribed by Pakistan as well as the international body.

Mr. Azhar, a fighter in the anti-Soviet jihad in Afghanistan and an Islamic scholar who graduated from a Deobandi madrassah, Darul Uloom Islamia Binori Town in Karachi, the alma mater of numerous Pakistani militants, is believed to have been responsible for an attack last year on India’s Pathankot Air Force Station.

The militants, dressed in Indian military uniforms fought a 14-hour battle against Indian security forces that only ended when the last attacker was killed. Mr. Azhar was briefly detained after the attack and has since gone underground.

Mr. Azhar, who was freed from the Indian prison in 1999 in exchange for the release of passengers of a hijacked Indian Airlines flight, is also believed to be responsible for an attack in 2001 on the Indian parliament in New Delhi that brought Pakistan and India to the brink of war.

JeM despite being banned continues to publicly raise funds and recruit fighters in mosques. Indian journalist Praveen Swami quoted Mufti Abdul Rauf Asghar, Mr. Azhar’s elder brother, as telling worshippers gathered in a mosque in Punjab in late January to commemorate a militant who had been killed in India: “Islam is a world power and cannot be destroyed. Whoever tries to destroy it will be destroyed himself. Jihad is the most important obligation of our faith.”

Why is China protecting Azhar?

Pakistani indulgence of JeM and Chinese connivance in preventing Mr. Azhar, a portly bespectacled son of a Bahawalpur religious studies teacher and author of a four-volume treatise on jihad as well as books with titles like Forty Diseases of the Jews, from being designated has raised eyebrows in both Pakistani and Chinese policy circles.

China’s protection of Masood Azhar, who is believed to have close ties to Pakistani intelligence and the military, raises questions about the sincerity of a Pakistani crackdown on militants as well as China’s willingness to use its influence to persuade Pakistan to put an end to the use of militants as proxies.

Opening a window on apparent differences between civilian and military branches of government, Pakistani Foreign Minister Aizaz Chaudhary last year reportedly warned a gathering of political, military and intelligence leaders that Pakistan risked international isolation if it failed to crack down on militant groups. Mr. Chaudhary noted that Pakistan’s closest ally, China with its massive $46 billion investment in Pakistani infrastructure as part of its One Belt, One Road initiative, was increasingly questioning the wisdom of protecting Mr. Azhar at Pakistan’s behest.

Chinese vice foreign minister Li Baodong last year defended his country’s repeated shielding of Mr. Azhar by suggesting that attempts to designate the JeM amounted to using counter-terrorism for political goals. “China is opposed to all forms of terrorism. There should be no double standards on counter-terrorism. Nor should one pursue own political gains in the name of counter-terrorism,” Mr. Li said.

Chinese policy analysts with close government ties squirm when asked about China’s repeated veto of efforts to designate Mr. Azhar. The analysts suggest that the Pakistani military and intelligence’s use of proxies like Mr. Azhar in their dispute with India over Kashmir has sparked debate about the wisdom of sinking $46 billion into Pakistan.

China’s hopes that the investment in infrastructure would persuade the Pakistani military and intelligence to seriously back away from using militant proxies have so far remain unfulfilled.

The investment is part of China’s larger effort to link Eurasia to China through infrastructure. It expects that the linkage will spur economic development both in Pakistan and China’s troubled north-western province of Xinjiang where China’s harsh measure‎s against the cultural practices of the Uighurs have sought to pre-empt Islamist violence.

Responding to the civilian government’s effort to crackdown on Jaish-e-Mohammad, including last year’s freezing of its accounts by the State Bank of Pakistan, Mr. Azhar defended the group’s contribution to Pakistan’s defence of Kashmir as well as the jihadist movement at large.

“When we entered the tent of the jihadist movement. it had no branch in Kashmir, nor was there lightning in Iraq or Syria. There were just two fronts, in Afghanistan and Palestine, one of them active and one of them shut. We have watched as the jihad we befriended grew from a glowing ember into the sun; from a small spring into a river, and now, as it is about to become a great ocean,” Mr. Azhar wrote in the group’s magazine.

A BBC investigative documentary last year traced jihadist thinking in Britain to a month-long visit to Britain in 1993 by Mr. Azhar, who at the time headed Pakistani militant group Harakat ul Mujahideen.

Mr. Azhar gave 40 lectures during his fund-raising and recruitment tour and was feted by Islamic scholars from Britain’s largest mosque network. More and more scholars joined his entourage as he toured the country before moving on to Saudi Arabia. A passionate and emotive speaker, women reportedly took off their jewellery and handed it to Azhar after listening to his speeches.

“It was Azhar, a Pakistani cleric, who was the first to spread the seeds of modern jihadist militancy in Britain – and it was through South Asian mosques belonging to the Deobandi movement that he did it,” says BBC reporter Innes Bowen.

In defending Mr. Azhar with one eye on India, China is walking a fine line that threatens to undermine its massively funded policy objectives in Pakistan, a country that for years has been reeling from militancy that has fuelled sectarianism at home and created militant groups that at times have turned on their Pakistani masters.

By doing so, China risks allowing militancy to further fester in a country where militancy is not confined to small groups but has been woven into the fabric of significant segments of society. Attempting to heal what is an open wound requires not only economic development but also a Pakistani and Chinese counter-terrorism strategy that refrains from making politically opportunistic compromises.

Dr. James M. Dorsey is a senior fellow at the S. Rajaratnam School of International Studies, co-director of the University of Würzburg’s Institute for Fan Culture, and the author of The Turbulent World of Middle East Soccer blog, a book with the same title, Comparative Political Transitions between Southeast Asia and the Middle East and North Africa, co-authored with Dr. Teresita Cruz-Del Rosario and a forthcoming book, Shifting Sands, Essays on Sports and Politics in the Middle East and North Africa

Indo-China crisis: Russia treading on a dangerous path of satisfying adversaries in the conflict

Beijing to close section of Great Wall, other tourist sites