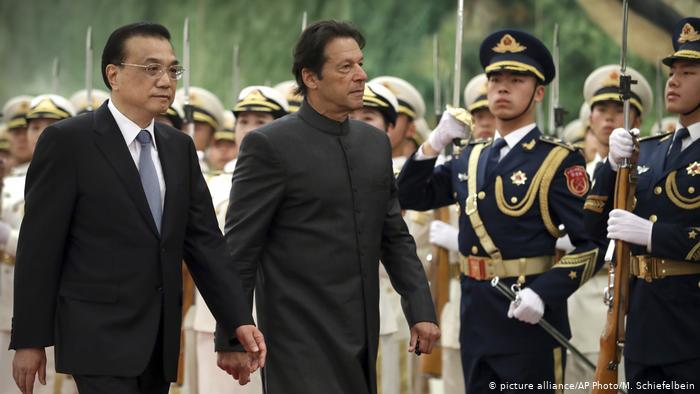 Betting its fate on Pakistan with a $51-billion investment in infrastructure, China remains wary of its neighbor’s squint-eyed politicians who have proven their lack of vision over the years. Many of these politicians can’t see beyond the impending election woes. Since May 2013, the country has been on a dizzying political roller-coaster. Beijing has been observing the incidents with unusual persistence.

Since the visit of the Chinese president and the unveiling of the China-Pakistan Economic Corridor (CPEC), the waters have become murkier with the federation and the provinces slinging mud at each other. The Pakistan Tehreek-e-Insaf (PTI) has been on the offensive against the Nawaz government and actively criticizing it for ignoring the western route or misleading the Chinese about it. The fierce debate on CPEC undermined Beijing’s view that investment of such scale may bring unity within Pakistan. They were disappointed, at many levels.

Read more: CPEC does not change Beijing’s position on “Kashmir” – China Clarifies but why?

All Eyes on the Government

Considering its high stakes, Beijing decided to iron out the issues with the stakeholders in the southwest. On October 18, the Chinese ambassador had a detailed meeting with PTI Chairman, Imran Khan, at Bani Gala. The frank discussion resulted in Imran almost giving an undertaking of not attacking CPEC. Within days, he spelled it out in a public rally too, “Our differences on CPEC are not with China but the federation.” There has been no volte-face on this one, at least.

Delhi’s frustration at CPEC reassures Pakistan and China of the promise that the logistical economic corridor and strategic partnership hold.

On December 29, the federal minister and Pakistan’s point-man on CPEC affairs, Ahsan Iqbal, led the chief ministers of all the four provinces and the premier’s special assistant on foreign relations at the sixth meeting of the Joint Cooperation Committee (JCC). The two sides reviewed progress and irritants on the ongoing projects.

The highlight of the agenda was the investment in the industrial sector, fine-tuning new transportation projects, and upgrading and expanding the Karakoram Highway. Convening of such a forum in China points to the seriousness with which it is taking all stakeholders along, with transparency and confidence, and Beijing’s own capacity of dealing with the intricacies in Pakistan.

On the contrary, Modi’s India has been desperately playing all its cards, from fuelling the insurgency in Balochistan to sabre-rattling on Kashmir and threatening to divert rivers in contravention of the Indus Waters Treaty. Delhi’s frustration at CPEC reassures Pakistan and China of the promise that the logistical economic corridor and strategic partnership hold.

Local Industry and the CPEC Promise

Given the chequered history of civil-military relations, the decision-making concerning CPEC-related affairs and the execution of projects can have multifaceted implications for the country. Now that the premier has appointed the second set of four-star generals, the comfort level and self-confidence might have been boosted.

The spin-off benefits of CPEC are being sucked away by the powerful with little regard for principle of conflict of interest or rights of the locals.

On the flip side, what about the temptation of hiring favorites for coveted jobs instead of merit? There are also questions about the route of motorways. How far political or institutional influence worked in determining which cities, towns, and villages will the road pass through or simply bypass?

It does not take a genius to figure out as to why the Lahore-Islamabad Motorway is 100 kilometers longer than centuries-old Grand Trunk Road. Is it not true that certain individuals bought vast swathes of land exactly where the motorway interchanges are to be built or the industrial estates will be set up?

The spin-off benefits of CPEC are being sucked away by the powerful with little regard for the principle of conflict of interest or rights of the locals. The culture of investing in land and gold has hindered the nation’s imagination and creativity. The bonanza of CPEC carries is blinding the state functionaries to their responsibilities of safeguarding the state interest.

Read more: China & Pakistan: Evolution of a Strategic Relationship that created CPEC and threatens India and the US

Let’s hope that the suspicion of its ‘mismanagement’ becoming another pretext for the military to dominate Pakistan’s civilian administration proves to be a figment of the imagination. Optimism, however, wanes when looking at corruption-tainted politicians and bureaucrats working in the power circles.

Gwadar: the Center for Success?

How far can CPEC tip the balance in favor of Pakistan’s armed forces? Will authoritarian China endorse such a gradual shift in the power equilibrium? There can’t be a straight answer to such complex problems.

Pakistan has already raised a Special Security Division (SSD) at a cost of Rs 23 billion.

While China has repeatedly emphasized that CPEC will be a win-win for both the countries as well as the region, it has never shied away from highlighting the significance of security. That’s where the role of the military comes in.

To ensure four-layered security to the corridor and its related projects, Pakistan has already raised a Special Security Division (SSD) at a cost of Rs 23 billion. The force, comprising some 14,000 security personnel, will not only safeguard around 10,000 Chinese workers in over 330 small and mega projects but also ensure safety from Gilgit to Gwadar besides dealing with emergencies. In the long run, the task is supposed to be transferred to the civilian security institutions after requisite capacity-building.

Will the government relinquish the management of CPEC to the military in some form beyond security? So far, Islamabad has not passed on any tasks beyond the security assignment. Given increasing tension along the eastern and western borders, the military is less likely to be engaged in apex committees taking vital decisions regarding the corridor.

While China won’t be comfortable without it, Beijing has shown the will to work with the democratic institutions while building their capacity and sustaining smooth coordination. Within some time, the country’s CPEC secretariat must evolve with specialized manpower chosen above and beyond political leanings and nepotism.

Naveed Ahmad is an investigative journalist and academic based in Qatar. He won Jefferson Fellowship in 2000 and UNAOC-ICFJ Cross-Cultural Reporting Award 2010. This article was published in The Express Tribune and is republished with the permission of the author.