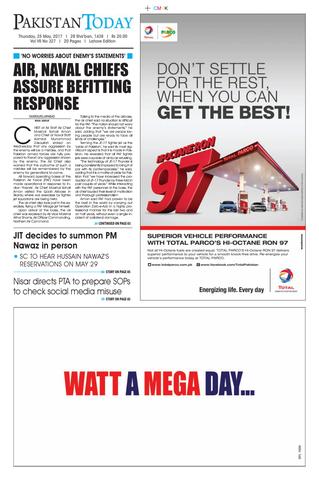 The Election Commission of Pakistan (ECP) issued notices to political leaders and parliamentarians over allegations of horse-trading in the March 3 Senate Elections.

ECP also asked other parties and sent notices to party leaders which leveled allegations to appear before the commission/Court on March 14 either in person or through a counsel.

The accusations of horse trading were labeled long before the March 3 elections but the rhetoric started to accelerate as the Election Day approached.

After few unexpected results in Khyber-Pakhtunkhwa (KP), Sindh and Punjab, where political parties secured more seats than their overall representation in the provincial assemblies, sparked outrage among the political leadership.

In Sindh, MQM-P suffered a devastating below and was a major causality in Senate.

PPP won 2-seats from KP assembly, despite having only six elected MPA’s and Ziaullah Afridi, [who decided to join PPP after booted out by PTI] in the 124-member House. Based on numbers, it virtually had no chance of winning the elections. How did PPP manage to win two sets is a million dollar question?

In Sindh, MQM-P suffered a devastating below and was a major causality in Senate. Apparently, 14 or 15 members of MQM-P either willfully changed the loyalties against party policies for financial gains or were harassed to change their loyalty. Both Bahadurabad and PIB group have accused PPP of rigging through harassment and offering huge money to change loyalty.

Despite having 38-MPA’s MQM-P Bahadurabad group only managed to win a single seat and Pakistan Muslim League-Functional (PML-N) which has only 6 seats in the assembly as compared to MQM’s 38 managed to bag one seat. Rest of the MPA’s from MQM-P apparently defected in favor of PPP. Similarly, PTI candidate Chaudhry Sarwar secured 44 votes in Punjab, though PTI has only 30.

Both PML-N and PPP are in contact with the independent senators from Baluchistan and FATA who can change the course of the upcoming Senate chairman election with their choice.

As was the case on March 3 Senate elections, use of money will be a key ingredient in persuading the voters and achieve political maneuvering.

Despite the horse trading allegations, Pakistan Muslim League-Quaid (PML-Q) backed Chief Minister Abdul Quddus Bizenjo downplayed accusation of horse trading, but given the situation, it is hard to agree with his statement and think otherwise.

Interestingly, former Apex court chief, Iftikhar Muhammad Chaudhry has also made a plea to the Supreme Court to cancel the results of March 3  Senate elections. It also reflects the authenticity of the elections in the eyes of former chief justice of Pakistan.

Read more: ECP is gunning for Khan at all costs ; orders Islamabad…

What was the magic formula used by the PPP in particular in the Senate election is yet to be revealed and may never be known? But, ECP has to do some soul-searching. How did PPP pull off such an unbelievable performance? Was MQM-P’s thrashing due to internal unrest or horse trading?

Before investigating the election results, ECP must look into its own procedures which failed to avert the unpleasant situation despite early warnings. Why didn’t it launch an inquiry prior to March 3 elections after accusation against PPP?

Why was it complacent in replacing the old system with open voting for Senate elections to curb the corruption in Senate voting? ECP must answer this before initiating the inquiry.

Raymond Davis pricks the bubble in his memoirs!