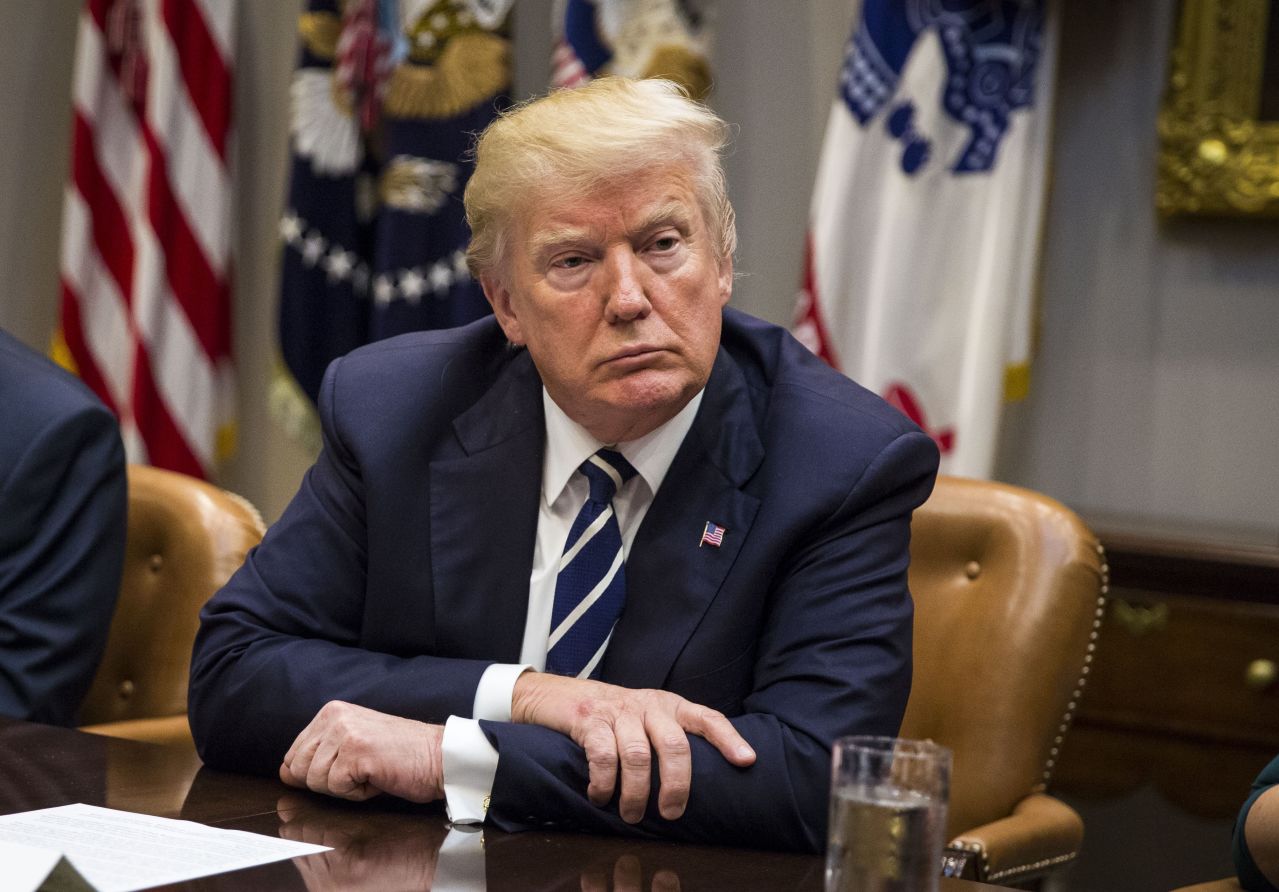 Yet this innocuous footage is belied by the video’s ugly narration.

“This whole area is all Indian”, intones a male voice, describing the park as a “mini Mumbai.” Indians have “ravished the Midwest”, he laments (some reports claim he said “ravaged”). He wonders what has become of “all the American people” and decries “all the jobs taken away from Americans”.

At the end of the nearly three-minute film, which has been removed from YouTube, the narrator says, “This is just phenomenally mind-blowing.… This is a takeover.”

The video was posted last August, but it gained many of its nearly 500,000 views in more recent days, following a series of attacks on Indian-Americans. During a two-week period in late February and early March, an engineer, Srinivas Kuchibhotla, was shot and killed in Kansas (an Indian friend, Alok Madasani, was also shot but survived); a Sikh man, who has not been publicly identified, was shot and survived in Washington state; and a convenience store owner, Harnish Patel, was gunned down in South Carolina. The first two incidents, based on epithets uttered by the attackers, strongly suggest hate crimes, but the motivation behind the third attack is under investigation.

Read more: Trump may cause fresh spike in Pakistan-India tensions

Such tragedies aren’t unprecedented. In the first nine months after the 9/11 attacks, there were a half dozen attacks on Indians in the United States, according to a list of hate crimes and “bias incidents” compiled by the Southern Poverty Law Center. Additionally, five were targeted in the same New Jersey community between January and July 2015. In some of these cases, Indians were mistaken for people from the Middle East.

Yet the current rash of violence is particularly concerning because many Indian-Americans are already on edge, because of new immigration policies with troubling implications for them and Indians who may wish to come to America. This is bad news for the 3 million strong Indian-American community, but also for the US-India relationship that this diaspora helps sustain.

President Donald Trump plans to accelerate the deportation of illegal immigrants. There were about 500,000 “unauthorized immigrants” from India in the United States in 2014 — the most recent year for which data are available, according to a Pew Research Center.

There were about 500,000 “unauthorized immigrants” from India in the United States in 2014 — the most recent year for which data are available, according to a Pew Research Center report issued last year. Many had overstayed their visas.

To be sure, most Indians in the United States live here legally or make efforts to gain legal status. The State Department reports that as of November 2016, more than 330,000 of the 4 million applications on the waiting list for permanent residency were Indians. Yet Indians could still be in the crosshairs of the Trump administration’s crackdown, given the track record of top Trump advisor Stephen Bannon.

During his previous job at the far-right website Breitbart, Bannon complained about the number of South Asian engineering students on U.S. campuses and South Asian CEOs in Silicon Valley. Given Bannon’s immense influence — he may well be the most powerful person in the White House after Trump — such comments, which amount to strong opposition to legal South Asian immigration, cannot be taken lightly.

Trump has vowed to rein in the H-1B visa program, which allows high-skilled foreigners to work in the United States. Recent estimates suggest that 70 percent of the 85,000 H-1B visas awarded annually go to Indians.

In January, the House of Representatives introduced legislation doubling the required minimum annual salary of H-1B visa holders to $130,000, thereby giving companies less incentive to use foreign workers. Earlier this month, the Trump administration suspended expedited processing — an option that ensures a response in 15 days instead of the standard three to six months.

All of these developments, particularly the attacks on Indian-Americans and Trump’s H-1B visa plans, have generated banner headlines, continuous coverage in the Indian media, and ample concern on Indian social media.

Indian reportage has especially focused on Trump’s initial silence after Kuchibhotla’s killing, and some outlets have linked the tragedy to the “religious, racial, and ethnic divisiveness” afflicting the United States since Trump’s electoral triumph. Trump’s immigration policies, their impacts on Indians and Indian-Americans, and their implications for U.S.-India relations have frequently been the subject of prime time television news shows.

When pressed to address what New Delhi can and should do, some guests on these shows have shrugged off Trump’s immigration policies as unpleasant inevitabilities, though others have contended that the media may be overstating the potentially damaging impacts. At the same time, media commentaries have linked the current environment in the United States to that in India, where religious minorities have suffered discrimination under the Modi government and been the victims of violent attacks — some of which have generated only a muted response from New Delhi.

Read more: Murders of Indians in America: Shameful for “Hindu Americans” who supported Trump because of his hatred of Muslims

How Important is the Indian-American Community?

The Indian-American community, which is well-educated and affluent, is more important to the United States than its modest demographic heft may suggest. (It comprises 1 percent of the U.S. population.) The community makes major contributions to the economy, society, and politics — as evidenced by the multiple Indian-American lobby groups in Washington. The Congressional India Caucus, a bipartisan coalition that supports Indian causes, is one of the largest country-focused caucuses on Capitol Hill.

During the past 25 years, as the Indian-American community has grown rapidly and played an increasingly influential role in politics, it has helped catalyze a slow but steady improvement in US-India relations. Indian-Americans have played a key role in persuading lawmakers and policymakers to pursue pro-India policies, including a landmark U.S.-India civil nuclear deal in 2005. Research has found that the diaspora’s impressive achievements, including its large presence in Silicon Valley and in the medical field, have helped improve American perceptions of India.

One of them, Shekar Narasimhan, who once served as co-chair of the Democratic National Committee’s Indo-American Council, had particularly harsh words for Trump after Kuchibhotla’s killing, declaring that the president: “has blood on his hands.… He has invited and created the environment where hate crimes are emboldened”.

“has blood on his hands.… He has invited and created the environment where hate crimes are emboldened.”

Predictably, the five Indian-Americans in Congress — all Democrats — have denounced Trump’s immigration policies.

Read more: US Congress bill to stop transfer of jobs to India

Trump’s immigration policies and the recent violence against Indian-Americans have already sparked considerable concern in New Delhi, because of the ramifications for Indian-Americans and Indian companies. America is worth about $65 billion to India’s powerful high-tech industry, which sends many H-1B workers to the United States.

Modi raised the H-1B issue with Trump in a call shortly after the latter took office and again with a  visiting congressional delegation several days later. Immigration issues were also on the agenda during a recent visit to Washington by Indian Foreign Secretary Subrahmanyam Jaishankar. New Delhi couldn’t have been pleased by the Trump administration’s decision to announce the suspension of premium processing for H-1B visas when Jaishankar was still in town.

Lurking behind this is unease about the safety of Indians in America. While New Delhi’s response to the rash of attacks has been relatively muted, some Indians have expressed concern about the well-being of friends and relatives in America and hesitation about visiting or moving here.

Read more: Hotline between India and USA will continue under Trump

If the attacks continue and large numbers of Indians decide against coming to the United States, this would be a considerable blow to one of America’s fastest-growing diasporas. Consider that in 2015, more immigrants came to the United States from India than from any other country. Of course, a slowdown in Indian immigration to America could be the very outcome that the hard-line anti-immigration wing of the U.S. government wishes to achieve.

…Maybe not that important

To be sure, Indian-Americans are not the sole drivers of the U.S.-India relationship. The warm relations of recent years will probably continue under Trump, and for reasons having less to do with the diaspora than policy imperatives. The partnership’s core convergent interests — shared concerns about terrorism in South Asia and China’s rise — will find favor in the White House. On a less geopolitical level, Trump’s anti-Muslim rhetoric may find favor with some in, or close to, India’s Hindu nationalist government.

In Washington, the U.S.-India relationship enjoys ample bipartisan support, and it’s one of the few bilateral U.S. partnerships that can reasonably be expected to flourish under a new presidential administration that has promised to chart a dramatically new course for U.S. foreign policy.

Yet the events of recent weeks underscore that it’s not all smooth sailing for this supposedly safe relationship. The soaring progress of recent years is at risk of being squandered. Fortunately, several policy correctives can help calm the waters.

What could, would, and should be done?

Washington should reassure New Delhi that its immigration reforms will take into account that most Indians in America are here legally. If the H-1B program is overhauled, the United States should pursue new partnerships with Indian IT companies, which stand to lose the most from H-1B reforms, in India’s expanding high-tech centers. Most importantly, the Trump administration should immediately condemn attacks on Indian-Americans. Not until his joint address to Congress on Feb. 28 did Trump publicly acknowledge the attack on Kuchibhotla — nearly a week after it happened. Additionally, the Trump administration should assure New Delhi that proper measures are in place to protect Indian-Americans.

The United States has a strategic imperative to maintain as strong a relationship as possible with a close friend in the increasingly volatile Asia-Pacific region. If the White House doesn’t act with haste to nip any immigration-related tensions with India in the bud, it could endanger one of America’s most important friendships.

Michael Kugelman is deputy director and senior associate for South Asia with the Asia Program at the Woodrow Wilson International Center for Scholars in Washington, DC. This piece was first published in Foreign Policy as “Trump is Scaring Indians” and has been reproduced with permission.

Previous articleWill the US be Attending the Afghan Conference in Moscow?
Next article‘Muslim Women Should be Taken from their Graves and Raped’: Where is Uttar Pradesh Headed Now?

20 September 2021
Previous articleWill the US be Attending the Afghan Conference in Moscow?
Next article‘Muslim Women Should be Taken from their Graves and Raped’: Where is Uttar Pradesh Headed Now?

We will ‘sink’ Japan and reduce the US to ‘Ashes and Darkness’: North Korea