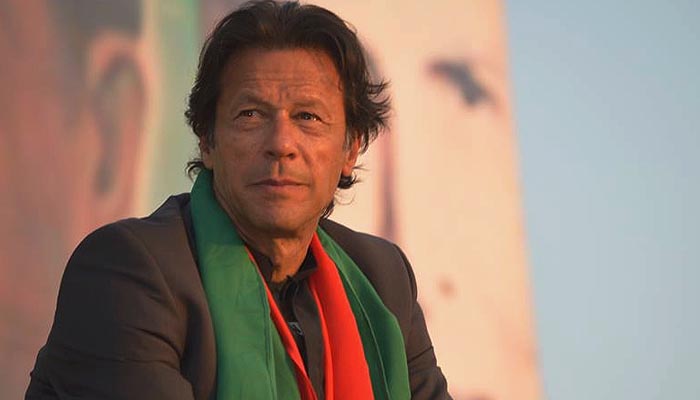 The returning officer (RO) found some anomalies in Khan’s nomination forms. Some of the documents were unsigned and did not contain the signature of the candidate. After making the necessary rectifications, documents were forwarded which were accepted. Khan is asked to reach the office of the RO on June 12 for scrutiny of his nomination papers.

PPP Chairman Bilawal Bhutto-Zardari filed his nomination forms to contest the elections from NA-, Lyari. He appeared before the RO Ramesh Kumar and other officials in person to submit his nomination papers in South Karachi district.

PPP’s supporters surrounded the young Bhutto and raised slogans in his favor and chanted his name with joy and excitement.

Amid the huge buzz and excitement, Bilawal looked visibly happy. The supporters encircled his vehicle, greeted him and showered him with rose petals.

Local party leaders from the area, Nabeel Gabol, and Nadia Gabol also accompanied Bilawal as he made his way into the city courts to reach the RO office. Former senator Farooq H. Naek was also present on the occasion.

While speaking to media, Bilawal said that the PPP will take forward his slain mother’s vision and it will be a great source of happiness for him to serve the people of Karachi, Larkana and rest of the country.

He told the reporters in a packed room that this joys occasion has freshened various memories of the past.

“Having a Bhutto in mainstream politics will strengthen Pakistan’s defense,” he added.

After many years, Bhutto will enter the parliament to defend the country’s national interests and the democracy, he asserted confidently.

Bilawal who is looking to enter the parliament for the first time.  He was particularly to contest the elections from the same constituency from where his mother Benazir Bhutto and his father Asif Ali Zardari both had won in 1988 and 1990 respectively.

Karachi generates about half of the government’s revenue and stability of this important port city is key to the stability of the only Muslim nuclear-armed country.

Karachi is buzzing with the political activity. Mainstream parties are targeting Karachi. Post-MQM-P’s existential crises, Karachi is up for grabs.

In 2013, PTI emerged as the second biggest party in terms of votes. It polled 7.7 million votes in the May 11 election to win 28 NA seats, followed by the PPP which secured only 6.9 million votes but managed to win 32 NA seat.

In Karachi, MQM secured 16 of 19 NA seats. PTI, PPP and PML-N managed to win one seat a piece from Karachi.

Significantly and surprisingly, PTI emerged as the second largest political force in the Karachi city and was declared a major threat to MQM which had controlled Karachi for decades.

In Karachi, MQM secured 16 of 19 NA seats. PTI, PPP and PML-N managed to win one seat a piece from Karachi.

After a partial re-run amid rigging allegations, PTI’s Dr. Arif Alvi managed to secure 77,000 votes and MQM’s Khushbakht Shujaat was the distant second with more than 30,000 votes.

Lyari, where Bilawal is going to contest the polls, PTI candidate Subhan Ali Sahil managed to secure around 26,348 votes. PPP has been sweeping Lyari constituency since it was formed in 1968. Bilawal is certainly favorite to win the polls here.

PTI came second to MQM on fourteen NA seats. PPP was the winner only in Lyari and Abdul Hakim Baloch was the only winner on PML-N ticket from NA-258.

Karachi a missed opportunity for Khan?

PTI did make huge inroads in 2013, but apparently, it has lost its way in the city in last few years. Inability to make grass root penetration and lack of administrative and management skills has cost the party dearly. Karachi was ignored for a long span of time. When MQM was in full control, PTI managed to make a big impact. Now, when MQM-P is in disarray, PTI has failed to capitalize on the opportunity and same is the case for PPP.

PPP despite tall promises failed to cast a big impact on the development of the city.

Karachi’s garbage crisis has enraged the whole nation, despite promises, the situation is yet to be improved.

Critics believe that PPP leadership had nothing concrete to present when it comes to healthcare, education, industry, and public transport in the city.

People are deprived of their rudimentary requirements and injustice is widespread and police are used for political victimization.

Election seasons brings forth promises and dreamy visions of a bright developed future, however, these temporary slogans and visions from political parties are not enough, the city needs results.

Zardari Hints At Possible Alliance With PTI, But Don’t Miss The Catch