Will Imran like Nawaz & others be entering PM House with dirty laundry? 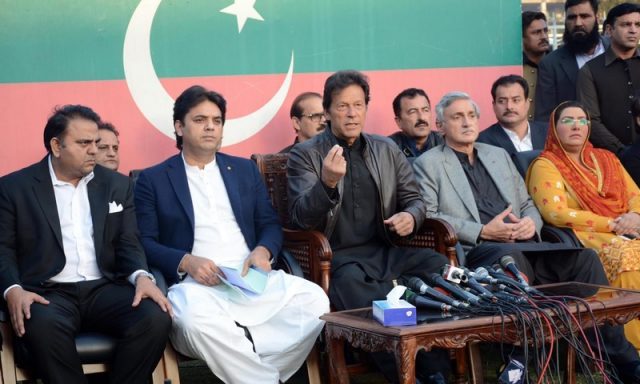 Amongst the elected Prime Minister’s (PM) of the country, Zulfiqar Ali Bhutto is rated in league with the first and fifth (Liaquat Ali, Hussain Shaheed Suharwardy). He set very high standards of governance with immaculate paper work. Files were kept moving with his personal noting; bureaucrats could not hide behind red tap-ism and were forced to deliver. However, no PM after him has written a word on any file with disastrous consequences that we face today.

Under the new constitution of 1973, Quaid-e-Awam announced a thirteen-member cabinet of very clean and able individuals who worked very hard to rebuild of what remained of Quaid’s Pakistan.

ZAB entered the PM house with no dirty laundry. He had a new team who got started from day one. They could take on the inertia of the status-quo head on. The PM secretariat worked around the clock, every ministry had a night section officer in case a query had to be answered. Every file was returned with decision or instructions within twenty-four hours. In the words of Dr. Mubashir Hasan, ZAB’s finance minister, “We thought our orders would be carried out but it was not the case”. Eventually ZAB was also trapped in picking up a team with dirty laundry. When crunch-time came, there was no one to fight for him.

Mian Muhammad Nawaz Sharif-the three time PM-always came to power with dirty laundry. After four years when he was removed on charges of corruption, he was still in the process of clean up. Now he is promising to deliver if he is given another chance. Every PM that occupied the pivotal position after ZAB came with dirty laundry which they were unable to clean. It reminds me of an Indian song “ Ram teri Ganga maeli ho gai, Papiun kay pap dhotay (there was so much dirt of the sinners that the water of Ganges got contaminated).

Read more: Provinces demanded release of funds in Council of Common Interests at…

How long will the PM House remain hostage to this dirty laundry? By now it must be loaded with dirt like the Ganges River. Every new-comer lands with more evil that has to be warded off. Now Kaptaan is heading the government-in-waiting to occupy this coveted mansion and a lot of old guard will enter the corridors of power with him. The watch and ward will start from day one in office and the challenges of change that he has promised will be bogged down by the required cleansing as has been the norm since 1977.

For meaningful change, a fresh start has to be made which the old guard cannot deliver. But then there are limitations of electoral politics. One requires 172 seats to come into power, that is where the electables become important. It is a numbers game which Kaptaan has finally understood. Once in power the real challenge will be to deliver with the dirty laundry around.

A meaningful approach can be adopted to balance electoral victory and fulfilment of promises. Kaptaan’s credibility will be tested at the highest level of authority. The first 100 days usually sets the tone of the government, after that the honeymoon is over. PTI was the first party that prepared a detailed first 100 days’ plan before the 2013 elections, which has been updated for 2018.

Files were kept moving with his personal noting; bureaucrats could not hide behind red tap-ism and were forced to deliver.

So far no one has been able to deliver with the dirty laundry baggage. After being elected with the thrust of the electables, Kaptaan can enter the PM House with a fresh team leaving the electables on the treasury benches. It will also be a test for them as most of them claim to have been reformed. This claim must be put to test by the Kaptaan when he picks up his cabinet. In the past he is well known to be ruthless in team selection. His success as Kaptaan on the field and the health and education sectors has been because of very strict merit, which should not be compromised in politics if he desires to make a difference.

In KPK-except for the Chief Minister (CM)-the team is new and clean. Amongst the thirteen-member cabinet and four advisers most of them are first time office holders. Lack of experience can be compensated by guidance and hard work but old habits die hard. The unlearning process is cumbersome while learning is much faster.

In parliamentary democracy the legislature should be strong with focus on policy making, a small cabinet can then oversee implementation. Too much interference in bureaucracy is always counter productive. In KPK this approach has been successfully tried. On August 15, 1947 Quaid-e-Azam took oath from a six-member cabinet after thorough search of their credentials. Under the new constitution of 1973, Quaid-e-Awam announced a thirteen-member cabinet of very clean and able individuals who worked very hard to rebuild of what remained of Quaid’s Pakistan. Kaptaan is determined to build ‘Naya Pakistan’ which calls for a different approach in team selection.

On May 01, 2010 PTI was the first political party to announce a sixteen-member shadow cabinet consisting of highly qualified professionals, perhaps the ablest team ever to run the country. Following the traditions of Jinnah and Bhutto, I am sure Kaptaan will pick up the best team to enter the PM House. The legislature should be the final screen beyond which there should be honesty and integrity, essentially needed to understand, reform and then lead the non-performing executive branch of the government. Electability should be limited to the legislature only not the PM House and its cabinet where there is no room to store, clean or hide the dirty laundry of the past.