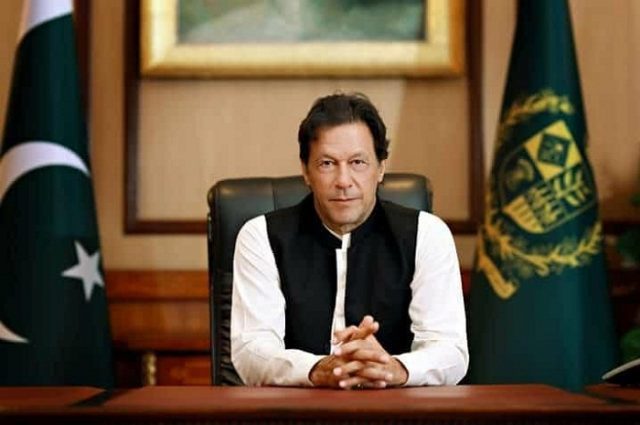 In Indian politics ‘Yatra’ refers to political struggle and robust campaigning for political objectives. Political parties or politicians use ‘Yatra’ as a mean to convince the public on a particular issue related to national or regional politics. It seems that PM Imran Khan has also adopted the policy of ‘Yatra’ to the Gulf countries in search of billions of dollars to shore up Pakistan’s deteriorating reserves.

Twice in a month, PM Imran Khan visited Saudi Arabia, which is unprecedented in recent history. The Kingdom’s reluctant but timely response with a US$6 billion has proved to be a breath of fresh air for Pakistan. The government is also seeking financial support from United Arab Emirates (UAE) and Qatar. PM Khan has requested Qatar to provide 100,000 jobs to Pakistani citizens.

The Foreign Direct Investment (FDI) of Saudi Arabia and UAE to Pakistan is all time low, which severely dented the development of agriculture, livestock, and petroleum sectors of the country.

After initial reluctance, it seems that both Saudi Arabia and UAE rulers are set to bail out Pakistan from its recent financial crisis. This is evident from the financial package offered by Saudi Arabia and the visit of Foreign Affairs Minister of UAE with a high-level delegation on October 26, 2018.

This is the first time that the government of Pakistan has been trying to constructively engage Saudi Arabia and other Gulf countries in a long-term commercial activity. This is the reason that in his maiden visit, PM Khan officially invited Saudi Arabia to be a strategic partner of China-Pakistan Economic Corridor (CPEC).

The government has also requested UAE for multi-billion dollars investments in energy and development sectors of Pakistan. It is a positive approach to engage these countries economically.

Islamabad’s relations with Saudi Arabia and other Gulf countries remained all-time low during the PML-N’s government due to its policy of neutrality in Middle Eastern conflicts. Indeed, Pakistan’s policy of portraying itself as a mediator in intra-Arab conflicts and between Saudi Arabia and Iran has miserably failed. In this complex and vulnerable regional security environment, the Arab ruling elite had attached substantial hopes from Pakistan.

Economic, political, and strategic indicators suggest that a trust deficit has been developed in the ruling elite of Saudi Arabia and UAE towards Pakistan. They have abandoned their active political support to Pakistan’s Kashmir cause and restricted themselves to periodic statements issued under the Contact Group of Organization of Islamic Cooperation (OIC).

Saudi Arabia abstained during a crucial voting over Pakistan’s inclusion into the grey list of Financial Action Task Force (FATF). The Foreign Direct Investment (FDI) of Saudi Arabia and UAE to Pakistan is all time low, which severely dented the development of agriculture, livestock, and petroleum sectors of the country.

Read more: What will Pakistan achieve from PM Khan’s visit to China?

In past, Saudi Arabia proved to be the ‘ATM’ for Pakistan during any financial crisis and amid international sanctions hoping that Islamabad will fight Kingdom’s wars in the region. However, Pakistan opted otherwise in 2015, which was unexpected for Arab rulers. It seems that PM Khan’s Gulf ‘Yatra’ has started reaping financial benefits for Pakistan.

However, the government’s overwhelming expectations from the Gulf countries in general and Saudi Arabia, in particular, suggest that it would be difficult for Pakistan to stay neutral in Middle Eastern conflicts as the deteriorated economic situation of the country has limited options for Pakistan.

The Kingdom’s financial support has also given a new life to the politics of PTI and shunned political opposition. It is evident that the rupee has strengthened against the dollar and stock market has also gained momentum.

Read more: What can be won from PM Imran Khan’s visit to Germany?

This Gulf Yatra also depicts the reality of Pakistan’s position internationally, that the country is seriously short of ‘reliable friends’. Hence, the country’s reliance remains primarily on the Gulf countries and China. Indeed, this Gulf Yatra has provided sufficient time to PTI’s government for structural reforms in order to improve Pakistan’s financial condition.

Khurram Minhas is a Ph.D. Scholar and works for Islamabad Policy Research Institute. The views expressed in this article are author’s own and do not necessarily reflect the editorial policy of Global Village Space.

Not so fast: SC stops government from selling off PIA