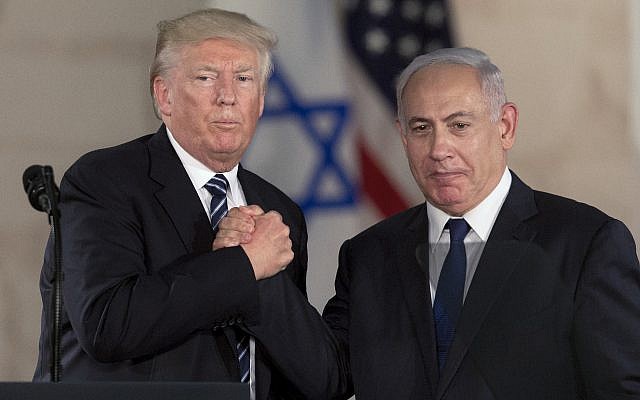 It is reasonable to surmise that the Indian decision to vote in the UN General Assembly on Thursday against the US president Donald Trump’s recognition of Jerusalem as the capital of Israel would only have been taken at the level of Prime Minister Narendra Modi.

India has been largely harmonizing its foreign policies with Washington through the past decade. And, to boot it, the Trump administration has openly threatened to punish any country that voted against it. Generally speaking, bureaucrats in South Block wouldn’t jeopardize their career – or their post-retirement assignments by annoying the Americans. (Read WikiLeaks and you’ll learn more about it.) Conceivably, therefore, they would have passed the Jerusalem buck to PMO where it was lying until PM got back from the Gujarat campaign.

Iran and Turkey (plus Egypt, if it can get its act together) are the only two authentic regional powers in the Middle East. This geopolitical reality will manifest – if not already – as time passes.

Then, there is the personal bonding between Modi and Israeli PM Benjamin Netanyahu (who is expected to pay a week-long visit to India in January.) Won’t ‘Bibi’ take it amiss? Frankly, that is a non-issue. The arms sales to India constitute a significant source of budgetary support for Israel. Israelis are a very pragmatic lot. The Haaretz newspaper recently featured a lengthy article highlighting the RSS and affiliated Hindu nationalists as an exotic breed who adore Adolf Hitler and subscribe to the Nazi ideology. But has that prevented Israel from doing business with the Modi government? Of course not.

Read more: Will India regret its stance on Jerusalem issue?

A third aspect is about the ideological affinities devolving upon Islamophobia between the present Indian ruling elite and their Israeli counterparts. Thus, all in all, Modi took a bold decision. Neither academics who claim expertise in West Asian studies nor diplomats who extensively served in the region – or, even ministers in Modi’s cabinet – probably expected him to take such a bold decision.

No doubt, Modi took a wise decision. India has a relationship with West Asia that goes far beyond the regimes in those countries. The West Asian region is in transition, in a historical sense, and India is doing the right thing by taking into account the groundswell of popular opinion over the Jerusalem question. This is one of those rare opportunities available for India to position itself in terms of time past, time present and time future. As a shrewd political mind, Modi senses it.

Israel, on the other hand, is spreading exaggerated reports at regular intervals – largely through sly remarks and innuendos –that it is having a quiet affair with Saudi Arabia’s Crown Prince. It is a disinformation game that Israelis are good at playing

Diplomacy is far from a cynical process. The importance of principles cannot but be stressed if foreign policy is to be durable and sustainable. Good diplomacy is about maneuvering and negotiating to safeguard interests, but without jettisoning principles. In such a sense, India has had a principled stance on Palestine issue, which it has maintained even while developing a pragmatic ‘win-win’ relationship with Israel through the past quarter century. India cannot and should not identify with Zionism. Ironically, there is a very significant body of opinion even amongst Jews who find Zionism to be repugnant as an ideology.

Finally, although Trump’s decision on Jerusalem was largely prompted by considerations of US domestic politics, there is undeniably a foreign-policy dimension to it. A former Turkish diplomat and area specialist Faruk Logoglu (who used to be Foreign Secretary when I served as ambassador in Ankara and whom I highly respect at a personal level) told the Tehran Times in an interview this week.

Trump probably calculated that the reactions from the region, especially from Saudi Arabia and Egypt would be meek and he was actually right.  The US President aims to isolate Iran by forming a Saudi-led Sunni alliance in the region with the addition of Israel. Trump’s ultimate target is Iran.  The issue of Jerusalem is just a way-station in Trump’s strategy against Iran. (Tehran Times)

The importance of principles cannot but be stressed if foreign policy is to be durable and sustainable. Good diplomacy is about maneuvering and negotiating to safeguard interests, but without jettisoning principles.

Evidently, Trump is putting immense pressure on Saudi Arabia. Trump telephoned Saudi King Salman on Wednesday to rev up the anti-Iran campaign, again. But, interestingly, on the very next day, Salman phoned Russian President Vladimir Putin. (Kremlin readout) Saudi Arabia is doing a delicate balancing act. It cannot afford to displease Trump, given the stark realities of the petrodollar. But it increasingly feels he’s a blood sucker and wants to put some space in between. One gets the impression that Saudis want to focus on their own transition and the much-needed internal restructuring. They hope to get a helping hand from Putin to work out an exit strategy in Yemen.

Israel, on the other hand, is spreading exaggerated reports at regular intervals – largely through sly remarks and innuendos –that it is having a quiet affair with Saudi Arabia’s Crown Prince. It is a disinformation game that Israelis are good at playing. And they have nothing to lose anyway.

Read more: Is India eyeing to become a new power in Asia Pacific?

Suffice to say, Jerusalem is the tip of an iceberg. But looking ahead, Trump’s Iran project is doomed to fail. Unless Israel fundamentally reorients its own strategies (which seems unlikely under Bibi), its own future may become uncertain. Iran and Turkey (plus Egypt, if it can get its act together) are the only two authentic regional powers in the Middle East. This geopolitical reality will manifest – if not already – as time passes. Therefore, keeping the relations with Israel at a transactional level without harboring romantic notions about it is the prudent thing to do.