The Punjab government has rejected to give extend Nawaz Sharif’s bail on medical grounds since the latter has failed provide concrete evidence to prove that his health was not stable as yet. Will the IHC strike down the provincial government’s version or not? 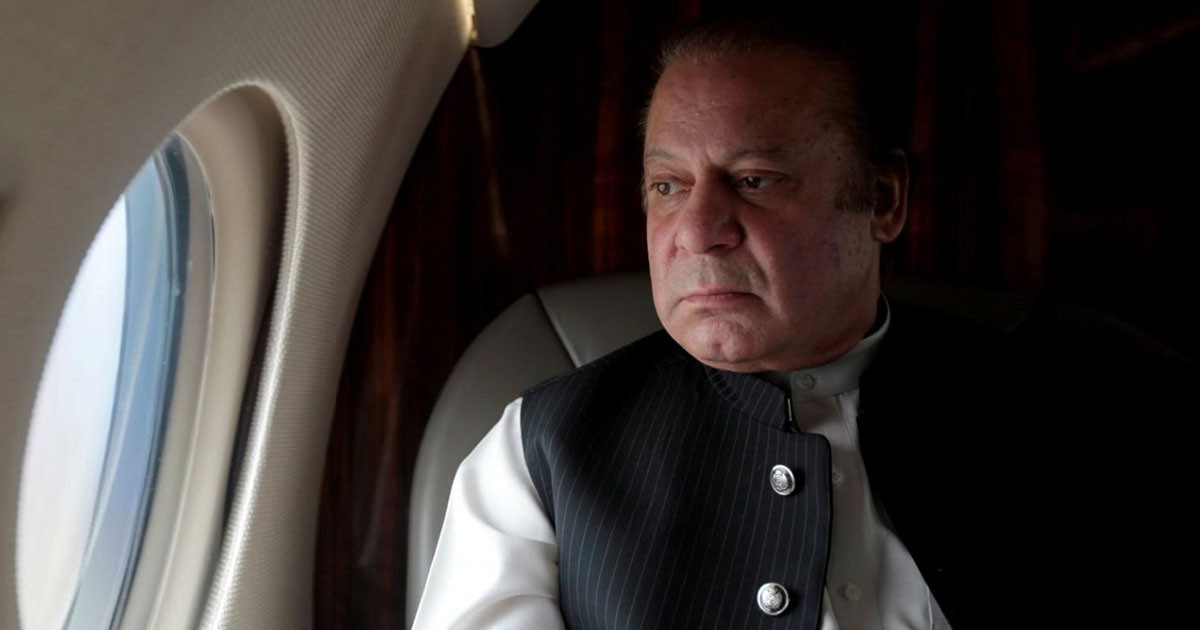 The Punjab government on Saturday submitted the letter rejecting former Prime Minister Nawaz Sharif’s bail extension at the Islamabad High Court (IHC). The development is likely to create problems between the incumbent government and divided opposition.

The high court will once again decide on the matter concerning the former prime minister’s bail. Sharif had been granted bail on medical grounds by the Islamabad High Court for eight weeks in October 2019. He had been serving a sentence in the Al-Azizia reference when he was granted bail, and had subsequently left Pakistan for London for medical treatment.

The letter stated that Sharif had failed to satisfy the Punjab government’s committee on medical grounds regarding his health. The committee sent its recommendations to Punjab government which rejected the former prime minister’s bail extension.

Last month, Punjab health minister Yasmin Rashid had said that the former prime minister had not provided his updated medical reports to the provincial government. She criticised the PML-N leader and said that pictures of him dining out in London had cast doubt about his health condition.

Special Assistant to Prime Minister on Information and Broadcasting Dr Firdous Ashiq Awan on Sunday said that the Pakistan Tehreek-e-Insaf (PTI) government has decided to approach the authorities in the United Kingdom (UK) for the extradition of Pakistan Muslim League-Nawaz (PML-N) supreme leader Nawaz Sharif.

She said that the government will write to the British authorities for the extradition of the Sharif brothers and steps will be taken by the concerned authorities in this regard in the coming week. The PM’s aide claimed that a “section of media had created the perception” that if the PML-N leader was not allowed to leave for treatment abroad then his life might be in danger.

It is worth mentioning here that the British government and Pakistan had signed a memorandum of understanding (MoU) in May 2019 for initiating the process of extraditing former finance minister Ishaq Dar. The MoU was signed after Special Assistant to Prime Minister on Accountability Shahzad Akbar held talks with British Home Secretary Sajid Javid.

According to the latest development, the Punjab government on Tuesday rejected the application of Nawaz Sharif for extension in bail, stating that the PML-N supremo has failed to provide the required medical reports.

“He has not been admitted to any hospital since he went to London for treatment. We have repeatedly asked his physician Dr Adnan Khan about the cardiac procedure. Dr Adnan failed to give any particular date,” Basharat said.

The Punjab law minister added that a special board was constituted by the chief minister which kept requesting for fresh reports. “After seven to eight observations, the board asked for new reports, however, the response we received from them was that the reports that had already been sent were conclusive and a decision should be taken on them,” he noted.

The provincial law minister also noted that the government has received no new reports from the Sharif family. “Since no new reports were sent, the Punjab cabinet reached a decision on them and decided not to extend the bail,” Basharat said.

The provincial government’s stance was supported by Federal Minister of Science and Technology Fawad Chaudhry, who termed the decision as a “good step”. The minister had also called for the formation of an independent commission to confirm the authenticity of the PML-N supremo’s previous reports.

It is worth noting that a few days ago, Special Assistant to the Prime Minister on Information and Broadcasting, Dr. Firdous Ashiq Awan while rebuking PML-N has said that “Reports on spoons and forks clattering in London’s restaurants reach Pakistan more frequent than reports on the “platelets” of Nawaz Sharif “.

In a tweet pointing a jibe at the former premier, SAPM said “Nawaz Sharif left for London by giving a statement about his chronic ailment. But he has not been admitted to any hospital in London. His medical reports have also assumed the status of “Qatari letter” They say medical reports of Nawaz Sharif cannot be sent unless he is admitted into the hospital”.

Read more: How to bring Nawaz Sharif back to Pakistan?

Ms. Awan added that whatever game Sharifs were playing at, whatever rules they made, the game still continues. “Send along the menu cards of London’s restaurants with the medical reports [of Nawaz Sharif] so that people [of Pakistan] could assess the situation better,” she said in a tweet.

Ms. Awan was referring to the viral images of the Sharif family in a restaurant having dinner while his sons defended the former premier that Nawaz’s doctors advised “Hawa-Khori”. Speculations started flying in Pakistan as Sharif left the country on the basis of grave health grounds which could not be treated in Pakistan.

Nawaz went to London after signing a deal?

There is a growing perception that Nawaz Sharif went to London after signing a deal with the establishment. Those who suspect a deal point towards the past. If the history of Pakistan is any witness to help then it may be true. No politically powerful person in Pakistan’s history has ever been punished in a court of law; convictions even if obtained in lower courts are almost always overturned by superior courts. The system simply does not have the will to punish powerful people- they argue.

Will Nawaz Sharif be arrested again: Court to announce on 24th December

Mumbai attack comments: What future holds for Nawaz Sharif after his Anti-Pakistan statements